The Agenda, As Of Yesterday 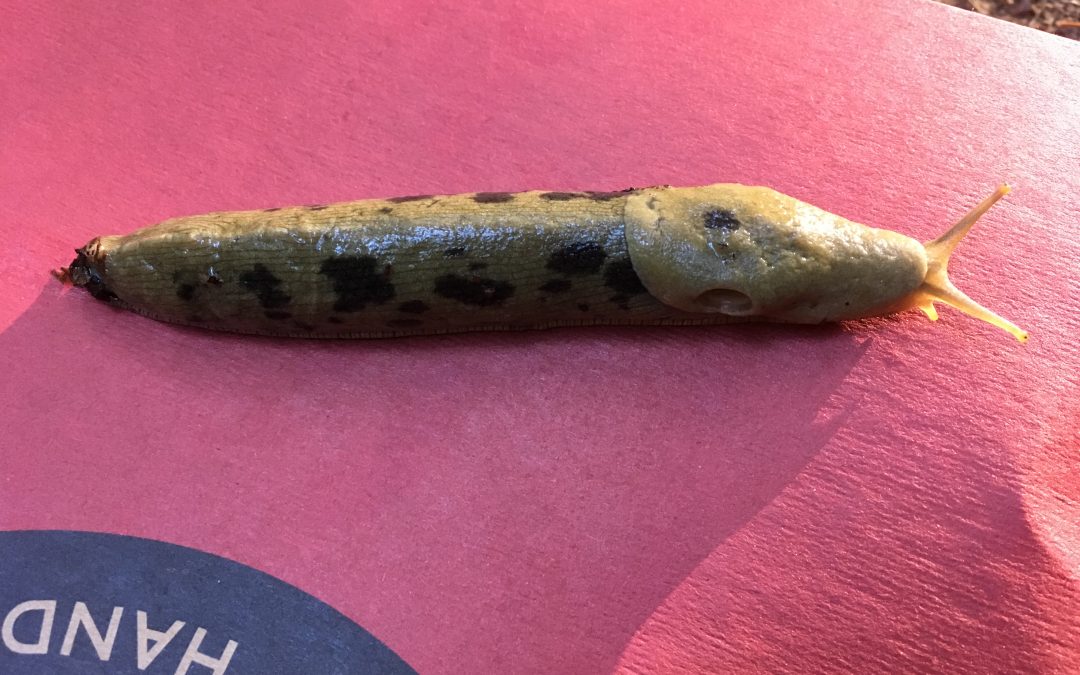 For better or for worse. We’re all familiar with the usual context to which the words are applied. But it also pertains to the subject I’ve chosen to focus on this morning, homeschooling.

I’ll start with the “better”: at long last, Nan and I can burn our ski masks and pawn our bulletproof vests, because, just yesterday, Nan finished homeschooling our youngest, Nate. And with that, she’s also finished homeschooling our brood of five as well as that which comprised the “worse”: a marginally successful sideline career of holding up banks, Wells Fargo trucks, convenience stores, and the like. Because if there’s one thing homeschool isn’t, its lucrative. You have to supplement.

Twenty-five years ago, our eldest, Sophie, was five, and as I recollect, Nan and I initially sort of tag-teamed homeschooling her. In truth, I’d begun much earlier, when Sophie was two, beginning the process of teaching her how to read, so that by the time she was heading into kindergarten, she was reading books like James and the Giant Peach by herself. She’d read for hours on end, which was one major contributing factor in our deciding to homeschool in the first place; the teacher she would have had for kindergarten, when Nan asked her if there would be any free time in the day for reading, responded, “Oh yes! They will get five minutes!”

Five minutes just wasn’t going to cut the mustard. So, after having read a number of library books on homeschooling, we gave it a whirl, societal pressures and highly likely potential to produce odd, socially stunted, nose-picking adults not withstanding.

What made the decision a bit easier was that Nan had a degree in elementary education from Moorhead State University. In fact, teaching was what she wanted to do from the get go – why, just last night, as we sat on the front porch for hours, conversing with one of our kids’ 20-something friends over glasses of red wine and from time to time, FaceTiming with some of our scattered-to-the-four-winds progeny, she said that she recalls play teaching with her life long friend, Kris, back when they were six years old.

Every year, Nan held homeschooling lightly, kind of like I taught her to do with her trigger finger. She always maintained that if homeschooling wasn’t working, she’d simply pull the cord, stop the bus, kiss whichever kid it wasn’t working for, tell them she’d see them at the bus stop after school, and metaphorically wave them goodbye. And believe you me, there were some close calls along the way – one of them involving speeding away from a Piggly Wiggly in a school bus full of screaming kids. We’ll never do that again! I don’t know if it’s true of each and every one of our kids, but more than one dragged her into the depths of despond at some point along the long and winding road. A road not unlike the one where we drove that bus and parked it, somewhere in Colorado’s high country, being careful to leave the bus driver with enough food and drink, along with four flat tires, to last him and his passengers weeks, should it be necessary.

But she never pulled the cord, and at long, long last, the homeschool bus has pulled into the station, come to a halt, and the air brakes have been released. Ppsssssssssshhh!!! Free at last, free at last. Free to do what, you ask? Well, basically, more of the same, with the exception of the Piggly Wiggly’s, which is good, since our mugs are plastered near the cash registers of every one of them in a five state region. Having received her masters in literacy intervention less than ten years ago, Nan has a very successful, rarely-an-open-slot private practice, tutoring dyslexic students the keys to unlocking reading. For a premium, they are also taught how to unlock safes. For the past few years, she’s juggled the dyslexia tutoring with, well, her tutoring of our kids, because that’s really what homeschooling is; an adult, plus whatever curriculum one chooses to use (Nan used a number of different ones, depending on the subject and each kid’s learning style – one of the strengths of homeschooling is one’s ability to customize the curriculum to the kid), working one-on-one, one-on-two, or one-on however many kids who are school aged.

I take that back.

Despite no exchange of money, except for all the money that was leaving our joint checking account to support the homeschooling – buying text books, providing this or that experience for the kids, occasionally supplementing the home-based learning with art classes and swim team and the like – Nan’s leaving the workforce to devote a quarter century to our brood of five is something she’d do all over again, in a heartbeat, if we could turn the clock back. Like we wanted to, that time we tried to rob that Amtrak just outside of Grand Junction, Colorado. Do not try to rob an Amtrak! The compensation we received (from homeschooling, definitely not from Amtrak!) in ways hard to define vastly outweighs the lack, for many years, of a second income. And we only had to rob those four banks, 7 Piggly Wiggly’s, 3 Wells Fargo trucks, and a few other heists we won’t mention, to supplement my income.

I won’t even try to define the compensation from homeschooling we received, yet receive, and expect to receive for years – decades – to come. Suffice to say there’s a deep bond that’s developed, primarily between Nan and the kids, and so far, none have disavowed their upbringing, or said they’d never consider homeschooling their own kids. Maybe that’s because they know we’re not beyond selling off a kid or two, like we did with sweet little Jenny and tow headed Felix, I don’t know. In fact, Will and his wife, Hannah, who are the only kids to date to have a child of their own, making Nan and me grandparents as of April, have already begun discussing the possibility. I know because I saw the book Nan and I co-authored, under pseudonyms, obviously, The Creative Crook: 25 Clever, Cost-effective Ways to Support Your Homeschooling Career, on their coffee table the other day.

Could Nan have taught the kids better? Provided a fuller schooling experience? Sure, especially if we’d successfully held up that Wells Fargo truck with the guy who just had to be a hero. But any teacher, if they were honest, would have to say the same thing – not about the need for a faster get away car, or the bad luck of running into not one, not two, but three police cruisers who were already speeding in our direction toward, of all things, another robbery – about how the teaching enterprise could go much better. Especially these days, in our new Covid reality. Was it all sunshine and roses? No. There were, as I said, some low moments, literally, at times, like when Nan and I made our way through the sewer system below the jail and emerged from a manhole, having looked and smelled much better in our lives, about a mile away. But as with the monetary compensation piece, or lack thereof, the at times cobbled-together, two steps forward, one step back, messy, organic nature of imparting knowledge (and morals, and ethics, and etiquette, etc.) was more than adequate. It was ideal.

Homeschooling’s not for everyone, but for us, and especially Nan, who was in the trenches with the kids, that one time she unwisely took them all five of them with her to hold up that construction site, and all just so she could get me something nice for Father’s Day, it was, again, ideal. Not perfect. Not easy. Not for the faint of heart. But, as Nan and I would say about marriage itself, and the for betters and the for “worsers” – it’s better than ideal: it’s real.

It’s really time for me to end this wacky post. So, what’s on the agenda, now that Nan’s finished homeschooling? And why’d I pin a picture of a banana slug at the top of this post? First, the Pacific Northwest, where banana slugs slime rampant, is where we’ll be vacationing in the not to distant future, but second, you can bet a slug’s not what Nan will be. Or, thank goodness, need to be carrying on her bandolier anymore. 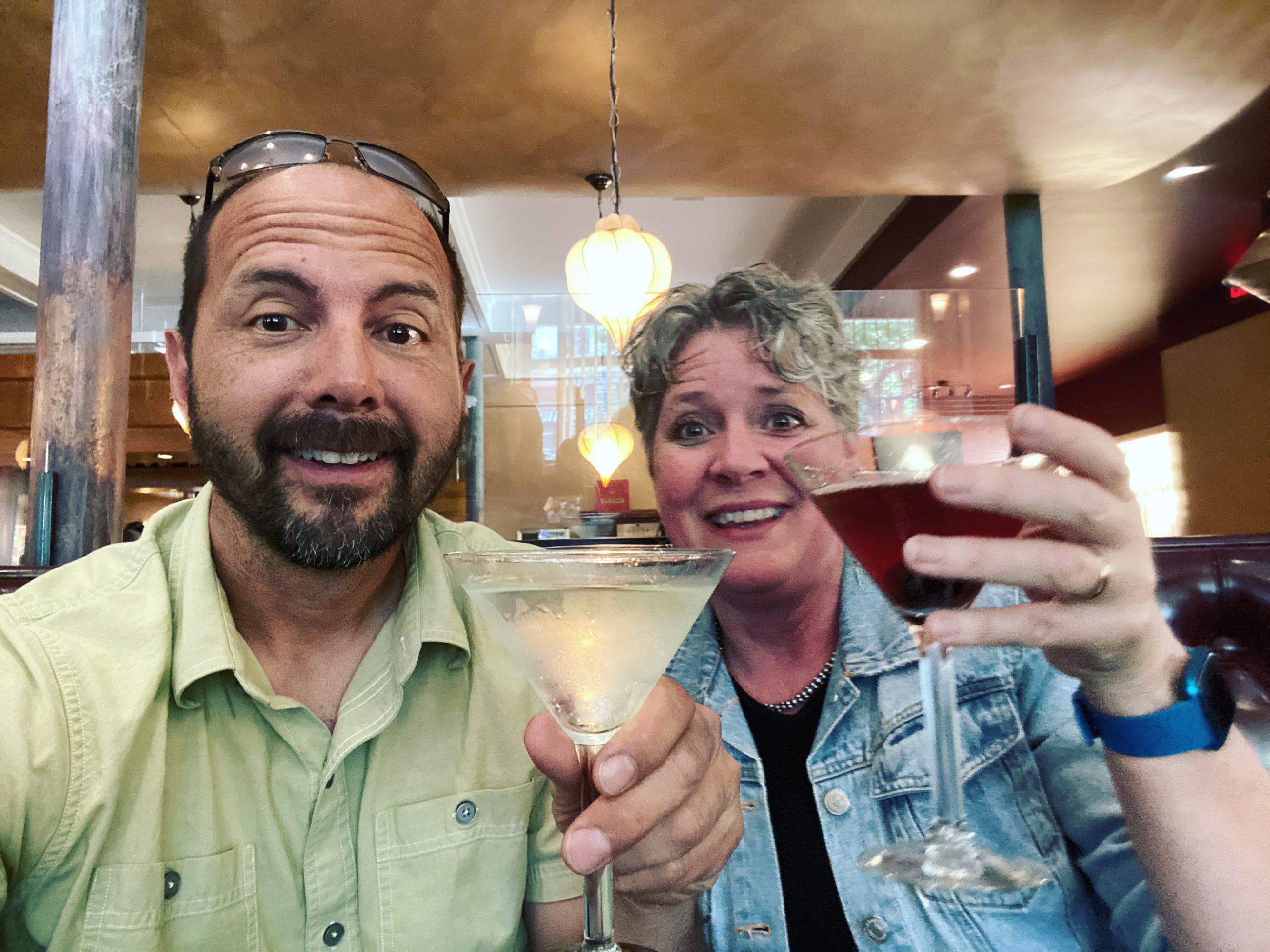