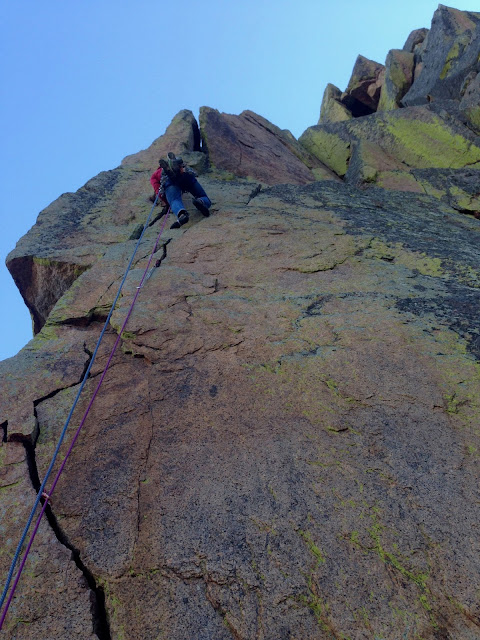 Last fall, Niels Davis (above) led Geoffrey Keating of Keating Woodworks (below) and me up a gorgeous 3 pitch rock climb called The Martyr. It had been a good long while since I’d last climbed, and as I followed Niels, who, after making quick work of the first of three pitches, was belaying Geoffrey and me from somewhere beyond my field of vision, I was faced with the uncompromising reality that can be rock climbing. 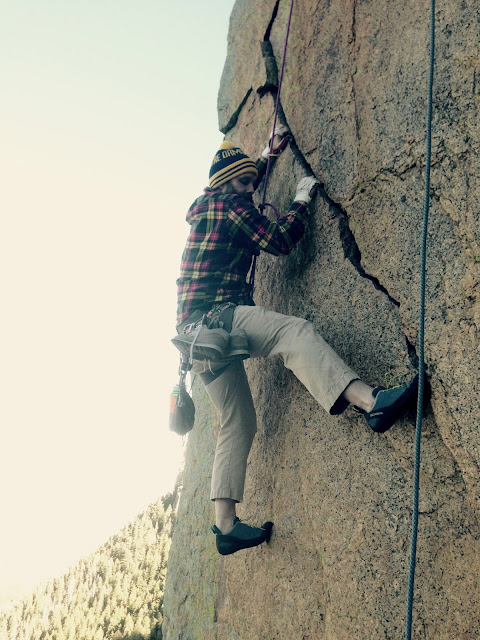 To wit: however physically challenging rock climbing can be, especially if you’ve been off the rock for a while, it can be even harder mentally. My technique betrayed my fear, the first pitch; I had to take multiple “breathers”, barking out “Tension!” to have Niels hold my weight so I could let go of the rock, shake my hands and try to get in gear, mentally – and hold out, physically, for the rest of the climb.

As I hung there, I recalled a blog post I’d written late in 2015 about desiring to get on the rock again, only, I protested, I had been talking metaphorically! In the post, and during the November and December timeframe in which I’d written it, I’d taken a long, longing look back at seven years of single income sole-proprietorship “feast or famine”. The post had been written from the perspective of having ten comparative years of plenty in the financial arena, yet in terms of mental engagement in an active creative process where problem-solving skills were developed, confidence gained, and creativity expanded, the decade didn’t compare as favorably.

In the creative arena, metaphorically, I was standing on the wide, flat sidewalk at the Garden of the Gods, watching climbers on the rock high above. Sure, things were safer here, but boy, wouldn’t it be fun to do that again? 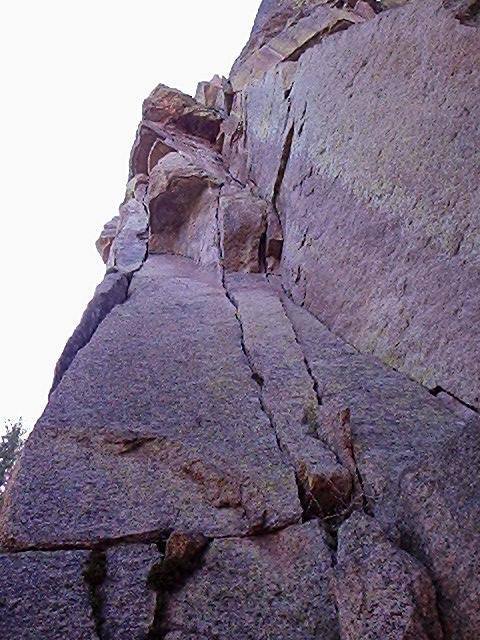 As hung off the rope and looked up at what looked to be an unrelenting route ahead, the reality of rock climbing was more than I’d imagined just minutes earlier. And this was just the first pitch!

Similarly, for a good long while last year, having decided with my wife that it was one of those moments we needed to make a wholesale change and resigning from my position at a small liberal arts college, as I wrote about recently, I experienced (for the first and hopefully last time) a debilitating degree of depression that had me, many days, desiring not to get out of bed.

Yet out of bed I got, and into the studio, the physical state of which matched my internal reality.

Back to the Martyr: I kept climbing, and eventually finished pitch 1. Pitches 2 and 3 were markedly better. Not stellar, but better, and for now, that was enough. It gave me a glimmer of hope that something similar might occur in my life off the rock.

And back to life: Yes, things are better these days. Last year’s slough of despond is behind me now, and I’m hoping to fully engage, both mentally and physically, in the creative “climb” before me.