The Smallest Solo Show at MoMA Ever? 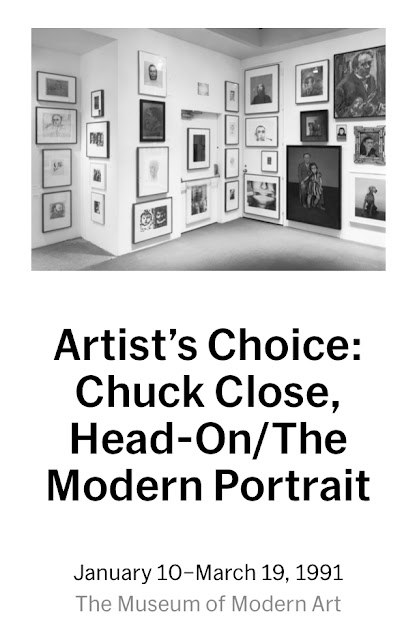 From the fall of 1989 until the spring of 1991, I was living in Manhattan and working as a studio assistant for the painter, printmaker, and photographer Chuck Close.

During that period of time, Chuck was asked and accepted the task of curating the third in a continuing series of “Artist’s Choice” shows from the Museum of Modern Art’s permanent collection – the first was curated by Scott Burton, and the second by Ellsworth Kelly – and as I recall, Chuck and I spent nearly a month taking the elevator from the lobby up to MoMA’s various departmental offices and pouring over ring binders with laminated black and white images of the artwork in the museum’s collection. Very early on, Chuck settled on portraiture for the show’s overarching theme – it was while I was working for him, I believe, that he softened his conceptual stance regarding his own work, which was nearly always an image of a specific person’s face – usually a friend or family member – and started allowing it to be called portraiture. Prior to that, coming out of the late ’60’s – early ’70’s era when process art and minimalism was peaking, he called them “heads”, and would have said he wasn’t interested in the concerns of a traditional portrait artist.
Anyhow, once Chuck had selected a few pieces for possible inclusion in the show, be they prints, photos, paintings, drawings, or sculptures, he’d ask for them to be brought out of storage for viewing.

Humorously, I recall there were a few pieces selected not because they were going to be in the show, but because when one gets the opportunity to see particular pieces in the flesh, one takes it. After a while, someone wearing white gloves would enter the room with some near priceless masterwork, then leave us alone with the piece, and the two of us, like little kids (well, I suppose nearly was), and sans the imperious eyes of any museum guards, would relish our ability to make a close inspection.

Eventually Chuck compiled around – gulp – 170 works to pack into a relatively small gallery.
The next thing to figure out was how the plethora of selected pieces would fit in the relatively small museum room. For that, when we were back in Chuck’s 5th floor studio on the corner of Crosby and Spring, he asked me to take paper and cut out each artwork’s measurements at 1:12 scale, writing the artist’s name and the piece’s title on them for identification. I also drew the rectangular measurements of each of the room’s four walls on a long sheet of foam core, and once all the pieces had been laid on the foam core, Chuck would slide them around, doing what, I suppose, all curators do – trying this piece between those. Moving it to another wall. Balancing this piece’s color with that one’s. And so on.


However, as soon as I’d finished making the set of scale reproductions, I began a self-appointed task merely for the fun of it (or was I avoiding real work?): I decided to go back through all app. 170 works of art and make scaled-down, meticulous replicas of each. Taking mat board I had cut down to the same 1:12 scale, I drew them either with pencil (if the piece was a black and white), colored pencils (if it was a color photo or painting), or with clay (sculpture). Also, simply for the hand-eye exercise, I decided to draw them by eye rather than tracing or what not. 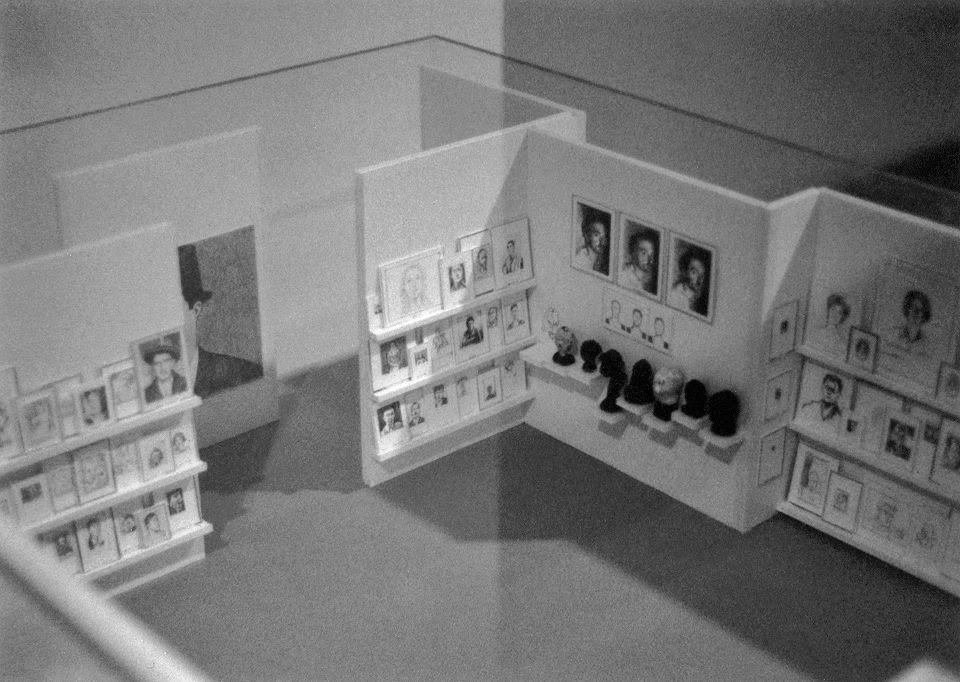 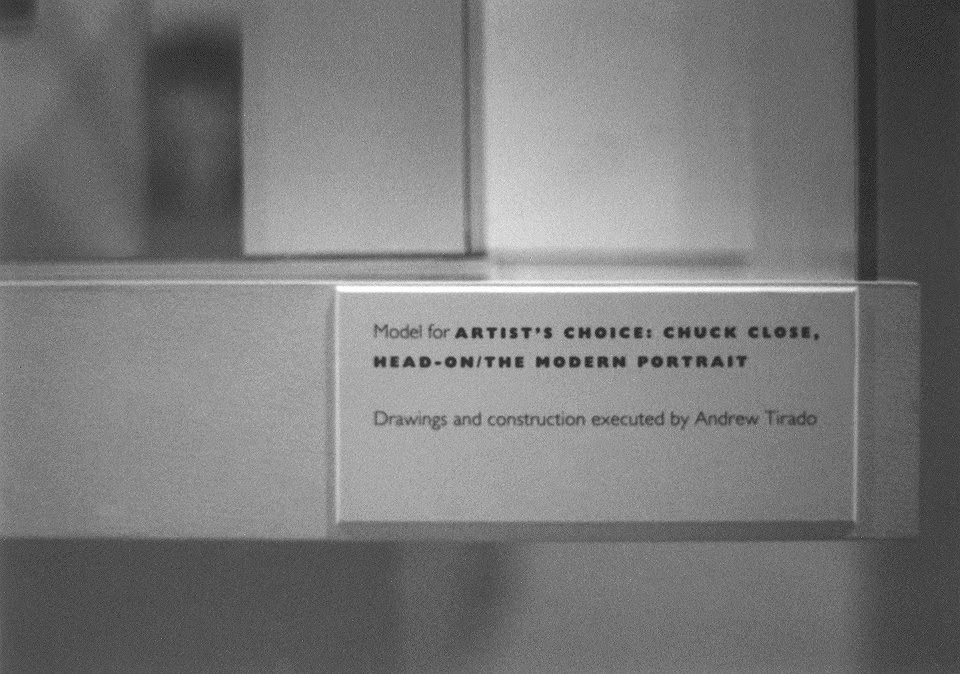 It’s one thing to conceptualize reproducing the works of all the artists included and another to painstakingly analyze and recreate each piece, millimeter by millimeter.

Don’t ask me why he let me take the time to make the mini exhibit, but he did; just allowed me to keep plugging away each day, as I did, after hours, in his studio each night – perhaps he could sense my enthusiasm for reproducing art, something I was severely lacking when it came to making my own art, and wanted to see if I’d have the resolve to make each and every piece. He never asked me why I wanted to see the project on to completion, however, and I, in turn, never asked him why he allowed it. I highly doubt I’d have been as magnanimous if the roles had been reversed.

Because it took weeks, working day and night, but at last came the day when I’d finished every piece. Long prior, Chuck had finished laying out the original set in the configuration he wanted them. Now, I built a 3D scale model of the room with foam core walls and a medium-gray mat board floor and placed my second set of drawings within it, carefully gluing each piece to the walls or to the little foam shelves that lined much of the room.
I recall working on the model well into the night, one night, knowing that the next day, the Director of Painting and Sculpture at MoMA, the late Kirk Varnadoe, was paying Chuck a studio visit to see how the curation was coming along. The following day, as they conversed, and I listened in, they viewed my model and Kirk suggested that it be placed just outside of the show’s gallery. Chuck agreed, and I was elated to have what I’ve since, tongue firmly in cheek, called my small-scale “solo show” at the Museum of Modern Art.
And while I’m not at all sure if it holds the record for the smallest “solo show” at MoMA ever, it definitely stands as a counterpoint to the scale of the work I’m doing these days, though my penchant for taking what ought to be a straightforward and simple task or project and lengthening it “just for fun” is a continuing m.o.
Fun, or play, is central to the whole art making process, for me, anyways. As regards my small contribution to Chuck Close’s contribution to the Artist’s Choice series, getting my work into the museum was just icing on the cake, and I’m truly grateful for the opportunity I was given by both Chuck and Kirk. And you – thanks for the read!