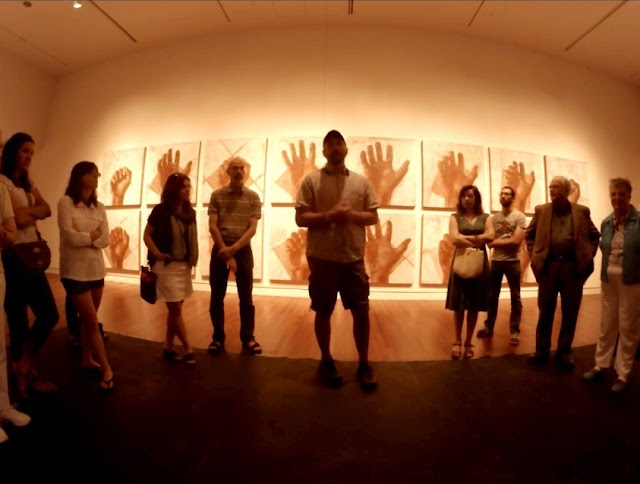 A number of times since beginning to exhibit my artwork in 2012 I’ve spoken to groups of viewers about my work – artist’s talks; Q & A’s; phone, email, and camera interviews; podcasts; radio shows; studio visits; a student documentary, etc. 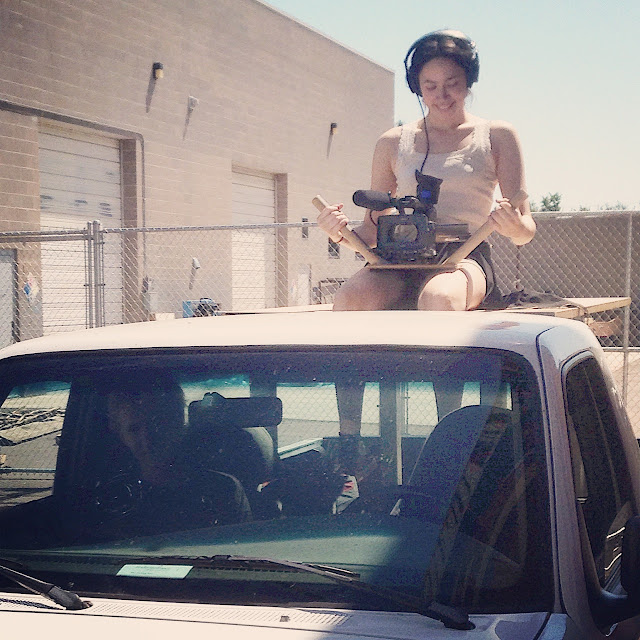 When I find myself staring into the eyes of a group of strangers in a museum or gallery setting or into the lens of a camera, I typically begin by stating the following:

Most artists I know don’t pursue the vocation thinking, “Gee, I hope being an artist allows me a lot of opportunities to talk in front of total strangers!”

– That the central thrust of the pursuit usually occurs within a much more private domain.

Most artists primarily work alone, and some I know rarely, if ever, grant interview requests, studio visits, and the like. Others enjoy having studio mates and/or assistants. And yes, some artists are perfectly at ease with the more public aspects of their vocation, even seeking out very public settings – city streets, malls (malls? What are those?), on tv, and so forth, in which to work. 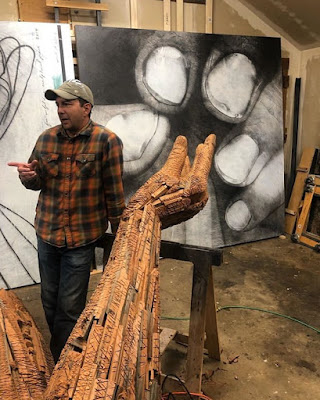 I suppose my go-to speech icebreaker is also a kind of excuse in case the rest of what spills out of my mouth isn’t all that compelling or coherent – with me, without the ability, as in the studio or here in the virtual world, to nearly endlessly edit, I often come away from talks I’ve given shaking my own head. What must they be thinking, I’m typically thinking.

But I don’t know if, deep down, I really believe my customary opening line.

Would I create art if I knew it would never see the light of day? If there were no possibility the work would lead to a deeper connection with others? Doubtful.
That’s not to say I can’t spend extended periods of time alone in the studio. The artistic practice, at the head and heart levels, exists primarily within the more private confines of the studio practice, and here’s a nugget of wisdom for anyone desiring to be a studio assistant for artists wired like me:

Refrain from unnecessary chatter. If the subject doesn’t need many words, use few. If it doesn’t need few, don’t use any. Whether or not music or a podcast or what not is already filling the room, don’t go on and on, filling your employer’s ears and causing them to wonder if they should send you on a long errand run, just to clear their headspace, or worse yet, fire you – if only they could get a word in edgewise to do so. Endless, redundant words; unbidden words; unedited words; ultimately forgotten words. If you catch my drift.

Bonus nugget: unless you have nearly identical tastes in music, let your employer take the lead in that department as well.

In the sculpture studio I used to supervise at the Colorado College, the 3000 sf. facility was roughly bifurcated into two zones: the wood and metals shop and a classroom. While we set up a bluetooth speaker in the classroom so students could play their own music after class, I never did the same in the shop where I spent the bulk of my time, even though I would have loved to. Had I opened that door a crack (and there were two literal doors separating me from the students’ music which I’d typically keep closed for this very reason), no doubt the resulting sounds that would be filling my head would have caused me to resign years sooner than I did. No, better to retreat into my own private bluetooth-enabled headphones of an Idaho, times I wasn’t required to be conversing with students.

One of the requirements for a visual artist is the same one George Nakashima, the furnituremaker and a father of the American craft movement, stresses in his salient philosophical book on his artistry:
“Craftsmanship is a silent skill. People who talk excessively cannot take part.”
The Soul of a Tree, a Woodworker’s Reflections 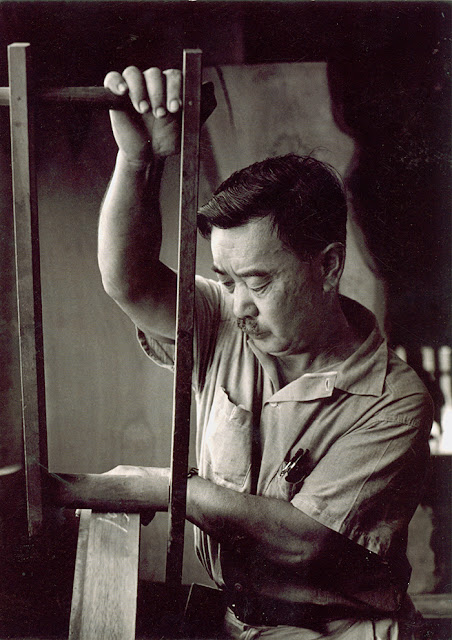 I’ll take Nakashima’s sage, succinct advice and close here, even though what I really want to do is share a hilarious anecdote an artist friend once told me.

Therefore, to be continued…