Some Nearly Unedited Thoughts on the Creative Process 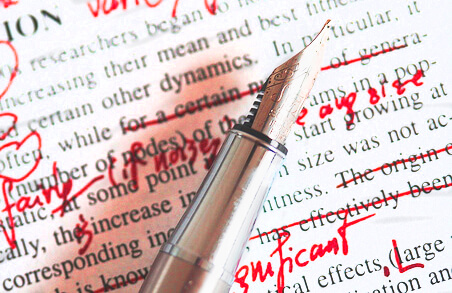 Along with some of my family, I was in attendance for the Q & A between the award-winning former editor of Outside Magazine, Mark Bryant, and the bestselling author, award-winning journalist, and accomplished mountain climber Jon Krakauer, last night, hosted by the Colorado College’s Journalist-in-Residence Program. (In his second year overseeing the program, long time editor-at-large for Outside, frequent contributor to National Geographic, and author of In the Kingdom of Ice: The Grand and Terrible Polar Voyage of the USS Jeannette, Hampton Sides, introduced Bryant and Krakauer, and had one of the night’s more memorable lines when he said it bugged him that the descriptor of his profession, nonfiction, began with a negative, as if fiction were the assumed normative way for humans to communicate in writing).

The line had already wrapped halfway around Armstrong Hall by the time we arrived, a full hour prior to the event, and the auditorium was nearly three quarters full when we gratefully snatched our seats. Probably half of those who showed up for the event, which was free and open to the public, including a couple in our party who’d arrived late, were unhappily turned away.

Krakauer has authored a number of non-fiction books, typically dealing with difficult and/or intense subjects, including Into the Wild, Under the Banner of Heaven, his latest book, Missoula, and the book for which Krakauer is perhaps best known, and which was one of three finalists for the General Non-Fiction Pulitzer Prize in 1998, Into Thin Air, about the tragic 1996 Everest disaster in which eight climbers were killed in a storm, and during which Krakauer himself was personally present.

Just a few of the things that stood out for me from last night’s talk:

Krakauer said he’d never encourage anyone to become a writer (for the same reason that we artists don’t typically encourage the younger generation to follow in our footsteps without first counting the cost: income generation, and more specifically, the inherent difficulty thereof). He said that for more than a few of the first years of their marriage, his wife and he had a combined yearly income of $15K – probably more like $25K in today’s dollars, but by no means living high on the hog.

Krakauer said he doesn’t agree with or adhere to the mainstream journalism practice of not allowing one’s subjects to read what has been written about them prior to publication, although it doesn’t necessarily mean he will remove any of the offending parts, which, at times, will cause his subjects to threaten suing him for libel.

He said his book projects involve a huge amount of research, which, being an admitted obsessive/compulsive, he enjoys – if you can call scratching such a compelling itch enjoyable. Interestingly, he said he doesn’t enjoy writing. With the notable exception of Into Thin Air, which he wrote in three months, his book projects usually take three years, with each sentence going through around one hundred painstaking self-edits.

I find it thusly incredible that Krakauer, a writer of obvious note, a) doesn’t enjoy writing, and, perhaps just as remarkable, b) freely admits such a thing. It seems his more central interest is in uncovering the truth of whatever subject he finds personally engrossing, not in the, for him, more excruciating act of translating what he’s discovered into words, sentences, paragraphs, etc.

Finally, Krakauer said that he’d felt that living in the west had been an advantage during his more formative years in that there were less writers per square mile than on the east coast. He didn’t go to journalism school, and taught himself the craft, in large part, by reading his previously written journalistic pieces and, thankfully in an era prior to the internet, and hence, lost in time, their deficiencies.

Brings to mind a well known but worth repeating quote by Ira Glass, host and producer of This American Life, who I also had the opportunity to see speak at the Colorado College not too long ago:


“Nobody tells this to people who are beginners. I wish someone told me. All of us who do creative work, we get into it because we have good taste. But there is this gap. For the first couple years you make stuff, it’s just not that good. It’s trying to be good, it has potential, but it’s not. But your taste, the thing that got you into the game, is still killer. And your taste is why your work disappoints you. A lot of people never get past this phase; they quit. Most people I know who do interesting, creative work went through years of this. We know our work doesn’t have this special thing that we want it to have. We all go through this. And if you are just starting out or you are still in this phase you gotta know it’s normal and the most important thing you can do is do a lot of work. Put yourself on a deadline so that every week you will finish one story. It is only by going through a volume of work that you will close that gap, and your work will be as good as your ambitions. And I took longer to figure out how to do this than anyone I’ve ever met. It’s gonna take a while. It’s normal to take a while. You’ve just gotta fight your way through.”

I’ll wind things down today with a few personal thoughts regarding the act of editing your work, whether we’re talking about writing or art.

I know this will come as a complete and utter shock to you, but, most of the time, when I open up my laptop and begin writing a blog post, I don’t have a clue what to write until I start putting a few tentative words down. It’s only then, after at most a few sentences have manifested, that I begin to formulate some semblance of a subject. A direction in which to head.

Often, this method of determining a subject to write about means deleting some or all of the initial stuff, but that doesn’t negate the importance of the deleted words (or the paint scraped off, etc.) Without them, it’s doubtful I’d ever find a subject. It’s as if I need to be heading somewhere – anywhere – in order to determine where I really want to go. Yet if I were to wait until a fully formulated direction manifested before beginning to write (or create art), I doubt very much whether anything would.

Movement. Momentum. Somehow, both here in the virtual arena and in the studio, motion itself is the medium, the petri dish, allowing the possibility of something to grow. And yet, growth isn’t always easily defined.

In the writing and the art arenas, and even in life, the act of culling can be just as vital as what you leave on the page, on the canvas, or what not. Just as positive. What you remove, delete, set aside, and the things you choose not to do in the first place or halt in mid-stream can be just as important in delineating the direction in which you want to go as the things you allow to remain.