Yesterday, I bookended my post Don’t Blow the Balloon with a couple of pieces of the swell artist Sean O’Meallie’s swell art. Actually, that was the point of the post – how something seemingly small and inconsequential can balloon into something, or a number of ever expanding somethings of real consequence if we don’t blow it.
In the non-virtual world, yesterday was the first day in which my two summer interns, Kai and Anne, two swell Colorado College students provided thanks to the Career Center at CC, were working in studio with me. Anne brought and left me her GoPro camera to figure out, which we’ll be using to help document the process of building a sculpture, as well as how much dust we’ll be raising.
Yesterday’s post and the GoPro brought to mind the following post from 2014, which begins yet again with the esteemed Mr. O’Meallie (facing the camera) and ends with a number of other unwitting cameos, thanks to the GoPro camera I’d set up and set to take interval shots in the middle of the room during the opening of my exhibit at the Colorado Springs Fine Arts Center, OPEN.
With that, I close my intro, soon to be followed by my MacBook’s lid. 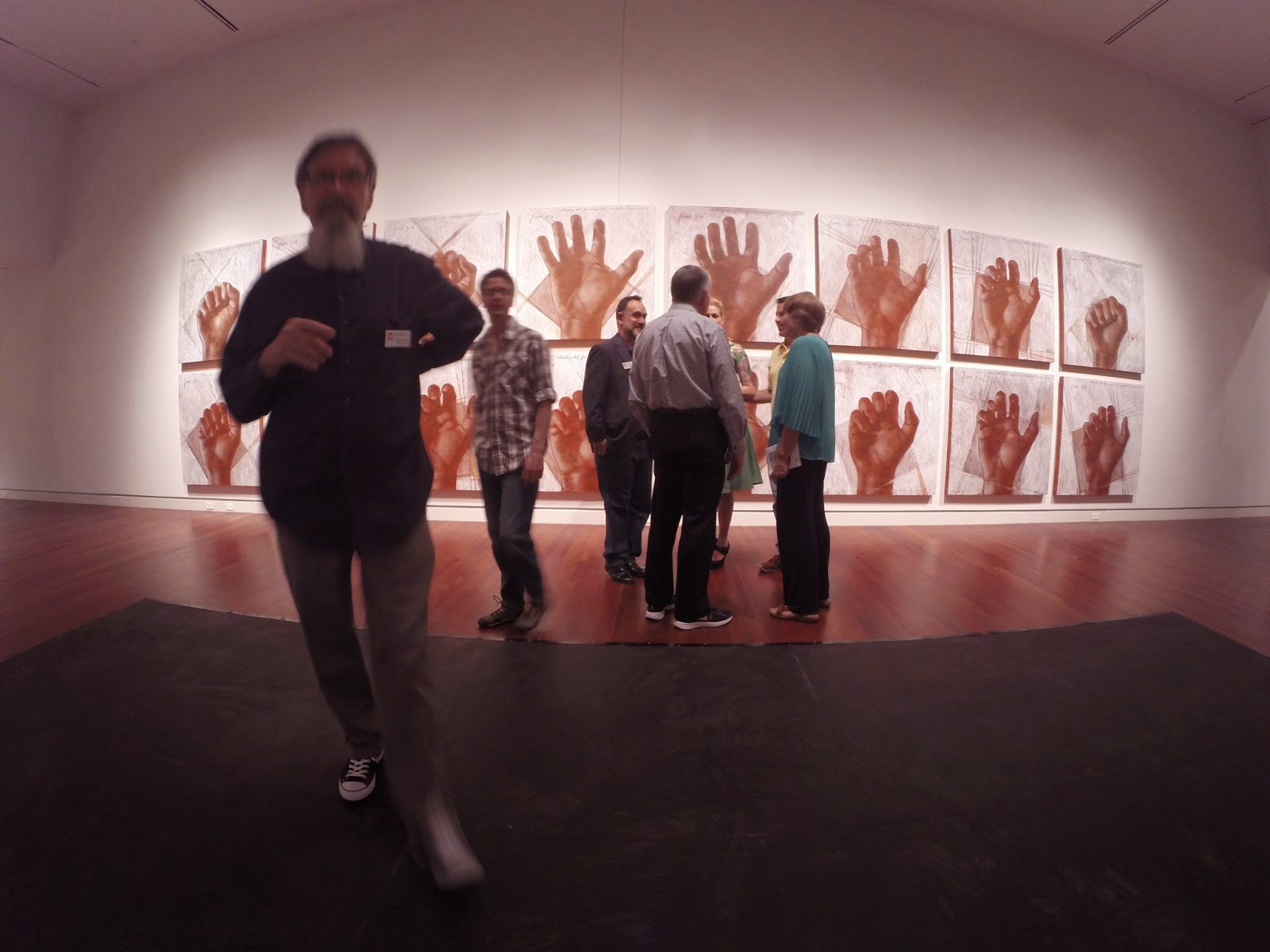 Beginning on 5-19-14 and continuing through the summer, my A.R.T. regard posts are primarily being used to record what I did that day (or, at times, the day or two or three before) in the art-making arena, as I work on my show for the Colorado Springs Fine Arts Center entitled Open, which indeed officially opens, along with Margaret Kasahara’s and Drew Dominick’s, today, June 21, at 10 am, with a gallery talk at 11. I’m sure I speak for Margaret and Drew when I say I hope to see you there.

At Friday night’s well attended Member’s Preview, I enjoyed talking with long time friends and meeting some new people as well. During the preview, my GoPro camera, stationed at the center of the room and pointing at sixteen-panel drawing #5 (a.k.a. my toobigtych), recorded a bit of the activity in the El Pomar Gallery housing my work like the one above, with artist Sean O’Meallie approaching the camera. After a brief written record of the events that day and the next, I’ll insert some more of the time lapse shots the camera took.

on Saturday morning, after the first walk of the day with Nan, I picked up Teresa Booth Brown, who’d made the long drive from Boulder for the FAC opening, and did a quick tour of the Garden of the Gods, the Plaza of the Rockies (where my Lacuna piece currently resides, thanks to Downtown Partnership’s Art on the Streets exhibit), the 3D Arts Building at the Colorado College I supervise.

You know, I don’t often have inspired ideas, but the one I had in February of 2013 to begin A.R.T. regard, in part to become better acquainted with some of the amazing artists our region of the world is blessed with, like Teresa, was one indeed. What an amazing, quality person Teresa is, quite aside from her truly gorgeous artistry (which you can see for yourself if you click on this post about her work and, more importantly, her studio Judd-Bacon knolling score).

After dropping Teresa off, I drove to the museum and Mac, the Colorado College student doing an “externship” at the Fine Arts Center, briefly interviewed me against the backdrop of drawing #5, and then, at 11 am, after an introduction by Museum Director and Chief Curator Blake Milteer, Drew Dominick, Margaret Kasahara and I each gave talks in our galleries about our shows, and took a few questions. The walk-and-talk was well attended and lasted a little over an hour, and it was nice to people, me included, to hear some of the artists’ thoughts about their work. I videotaped mine via GoPro, and, though the sound quality isn’t astounding (and though I mistakenly talk about early film’s 16 frames per minute) it’s decent enough that I may post it on YouTube and my Facebook wall at some point.

As soon as the talk was over, Warren Epstein, the center’s publicist, whisked us away for lunch and his weekly radio program The Ticket on KVOR. It was a bit nerve-wracking at first, but Warren quickly put us at ease, and we even had a bit of light banter during the hour-long program. I’ll put the yet-to-be-posted podcast from the program on the blog at some point. 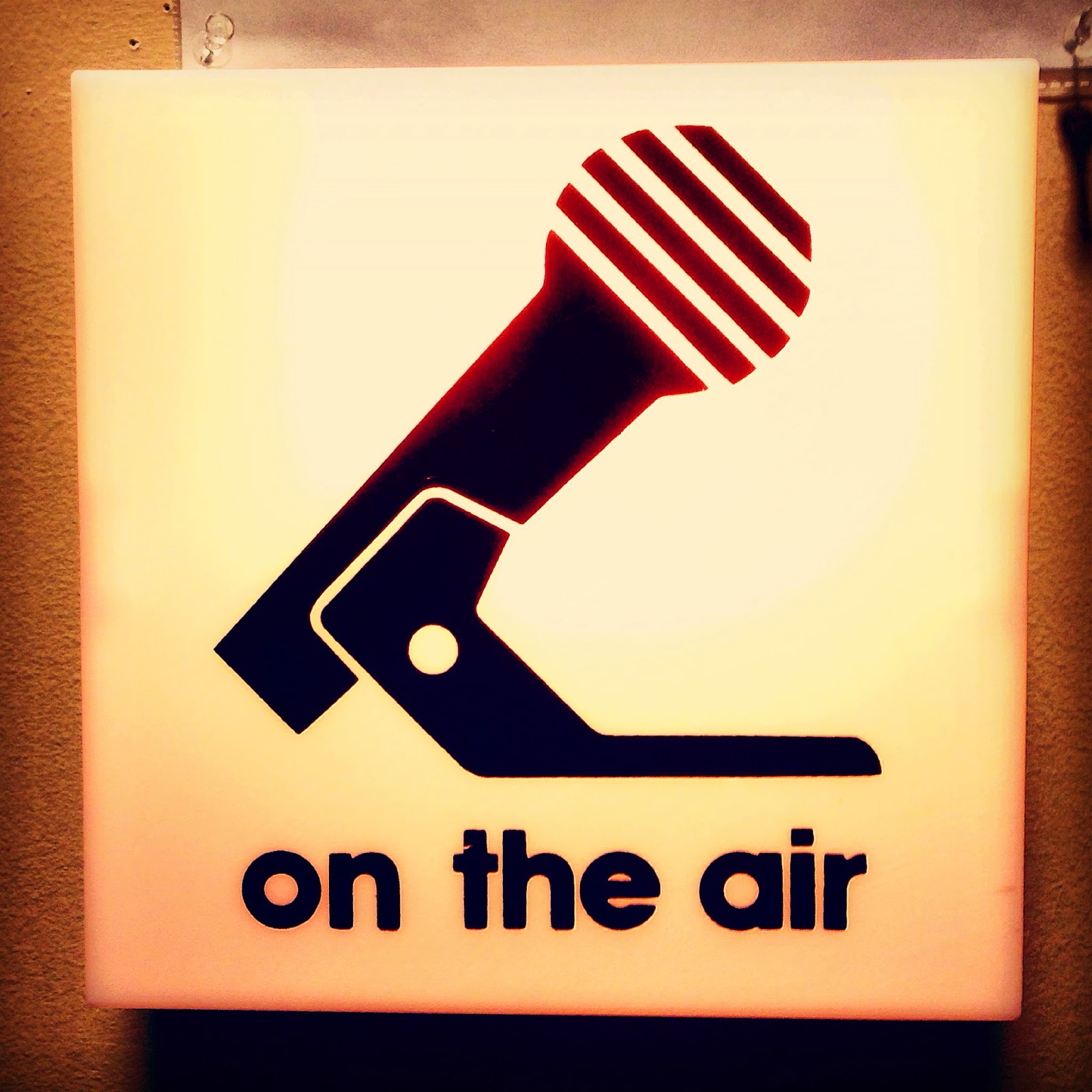 The rest of the day yesterday consisted of, well, a lot of needed rest. Same agenda for today.

Here, in no particular order, are some of the GoPro images from Friday night: 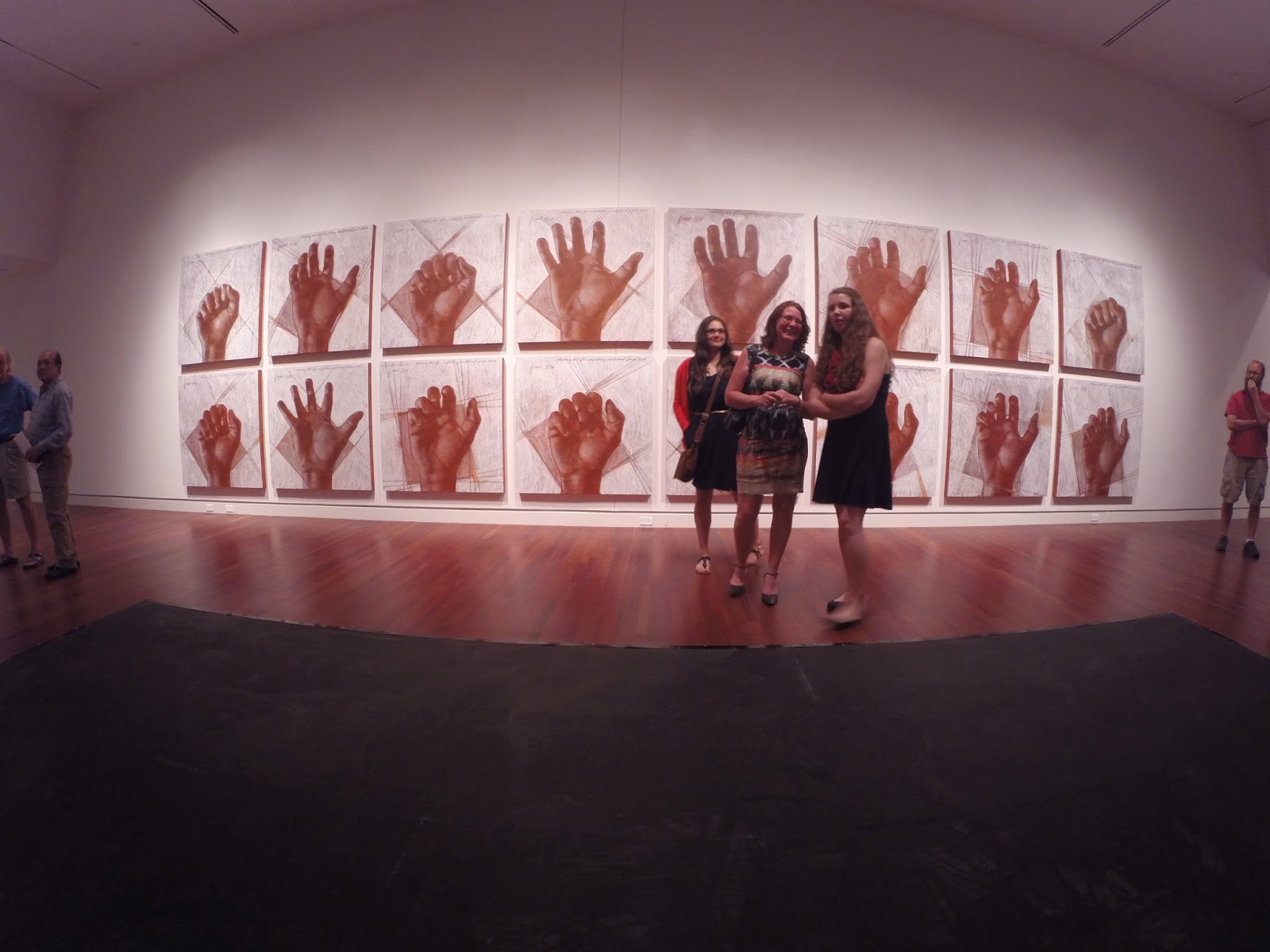 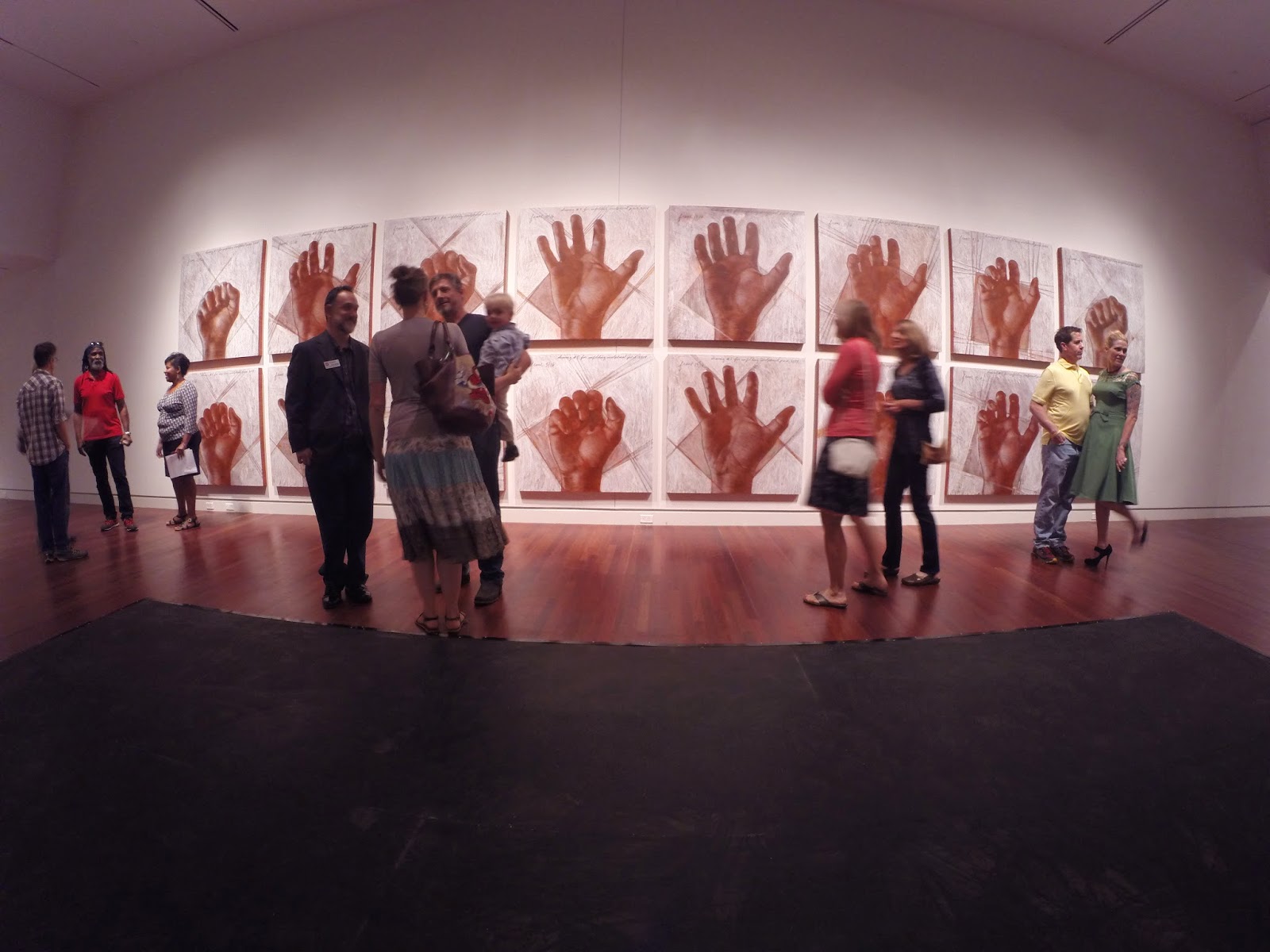 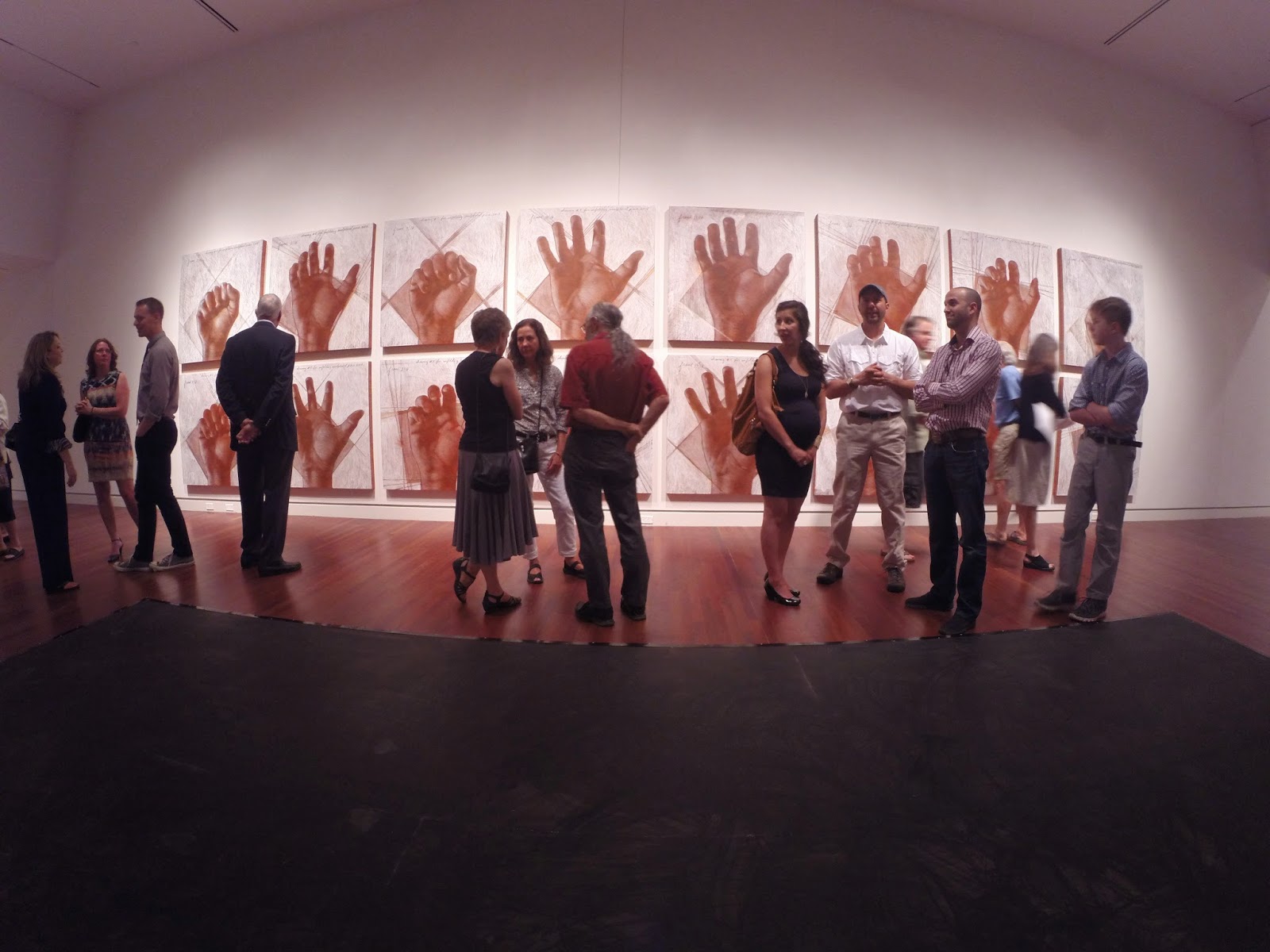 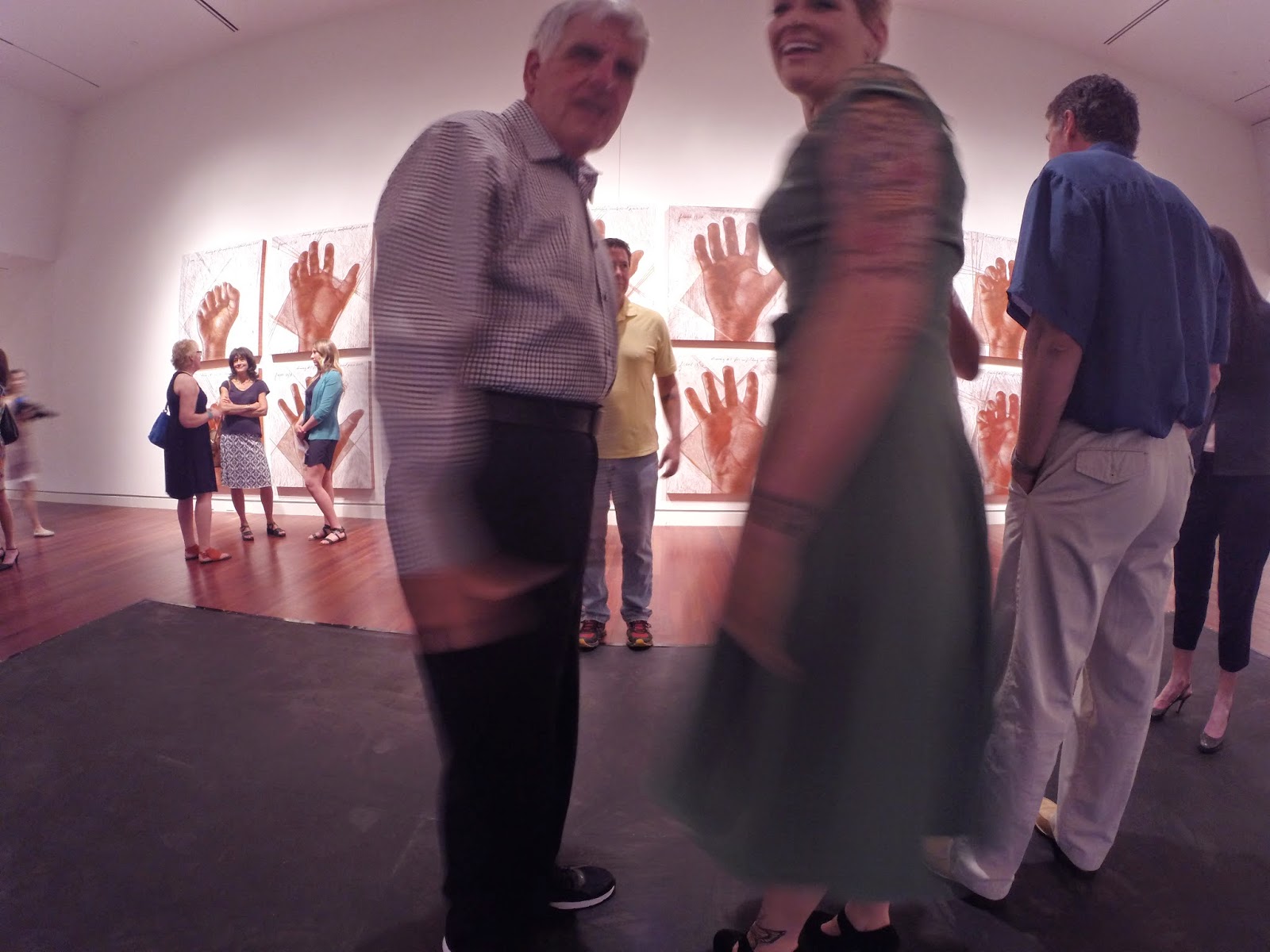 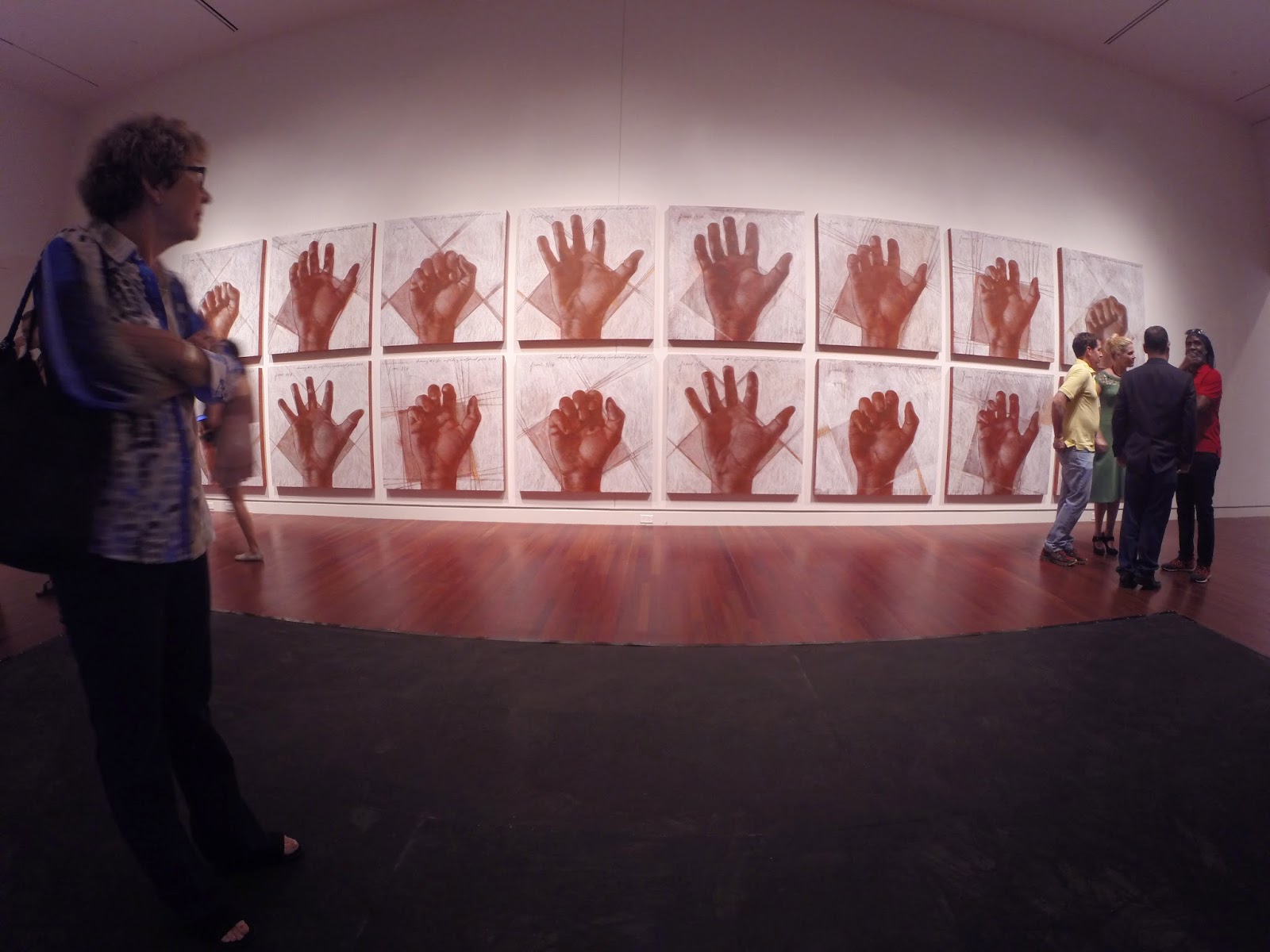 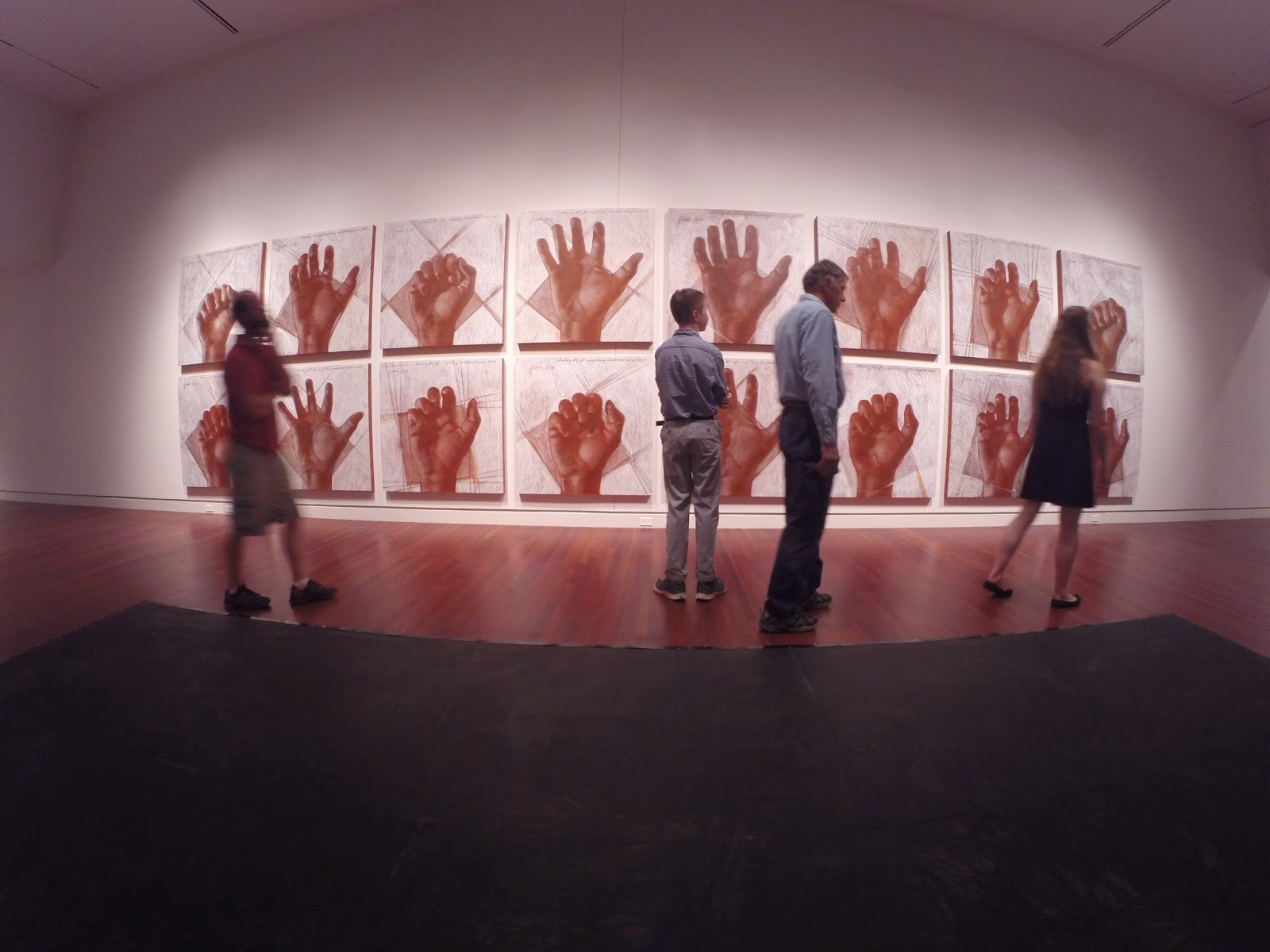 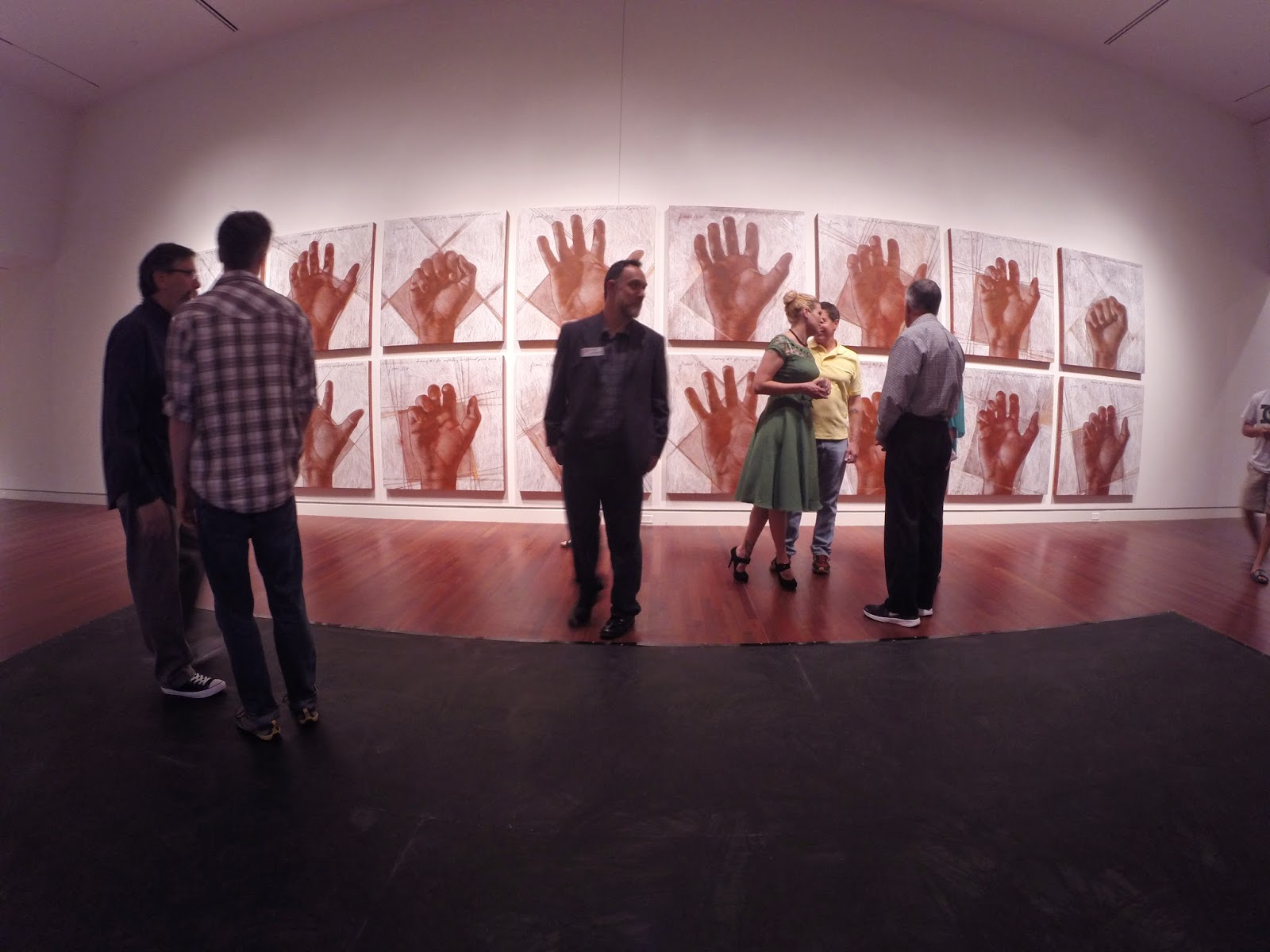 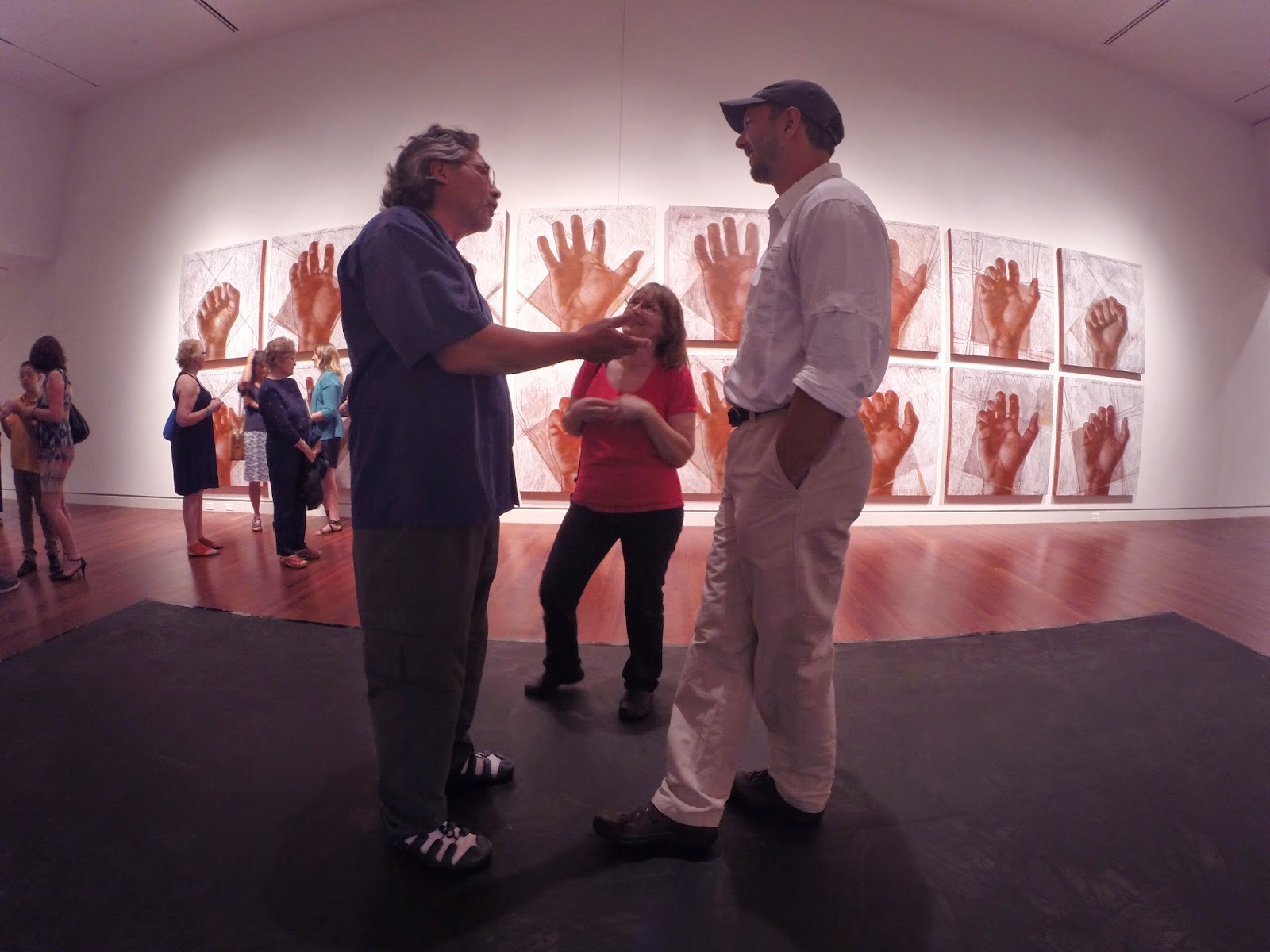 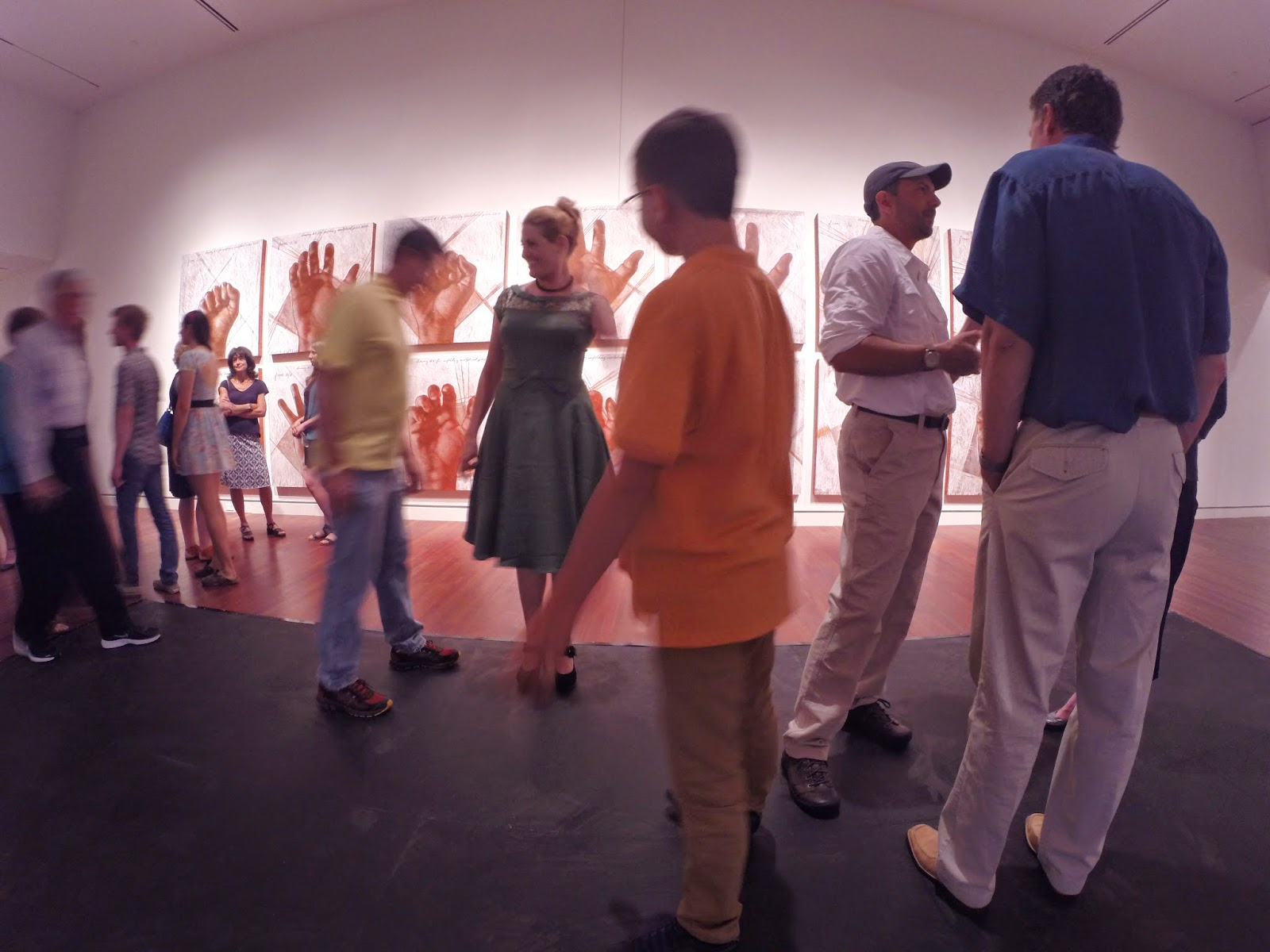 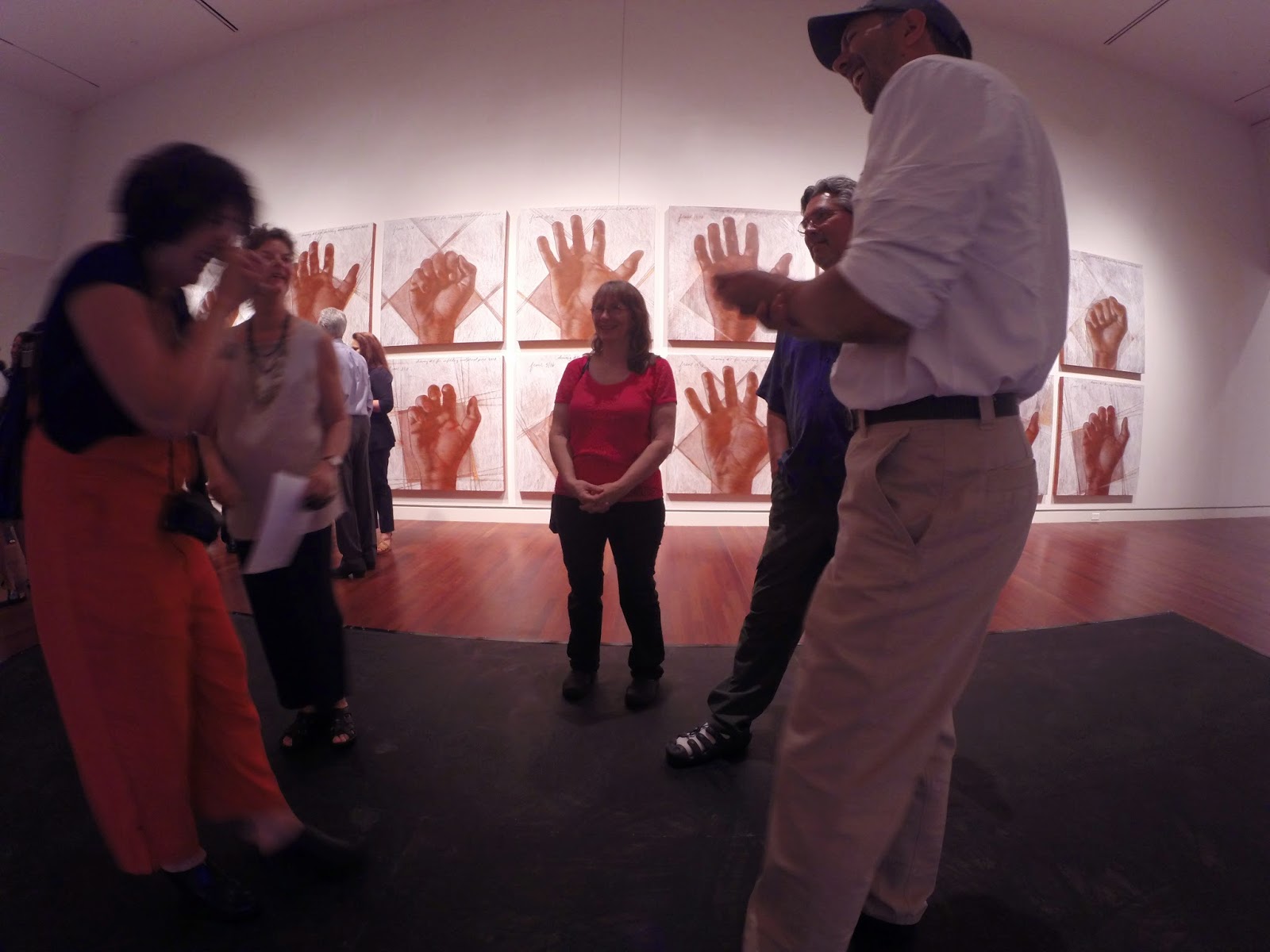 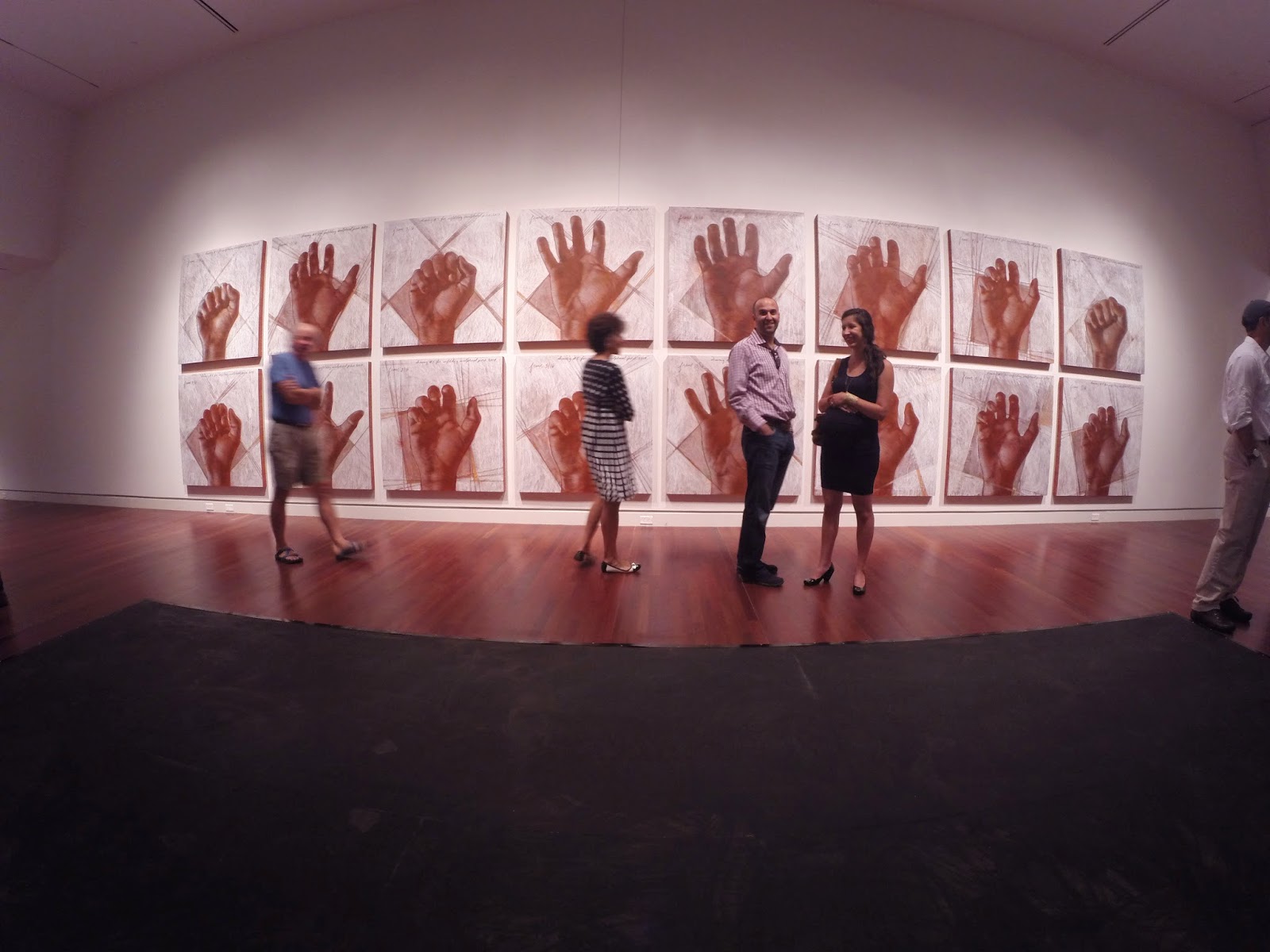 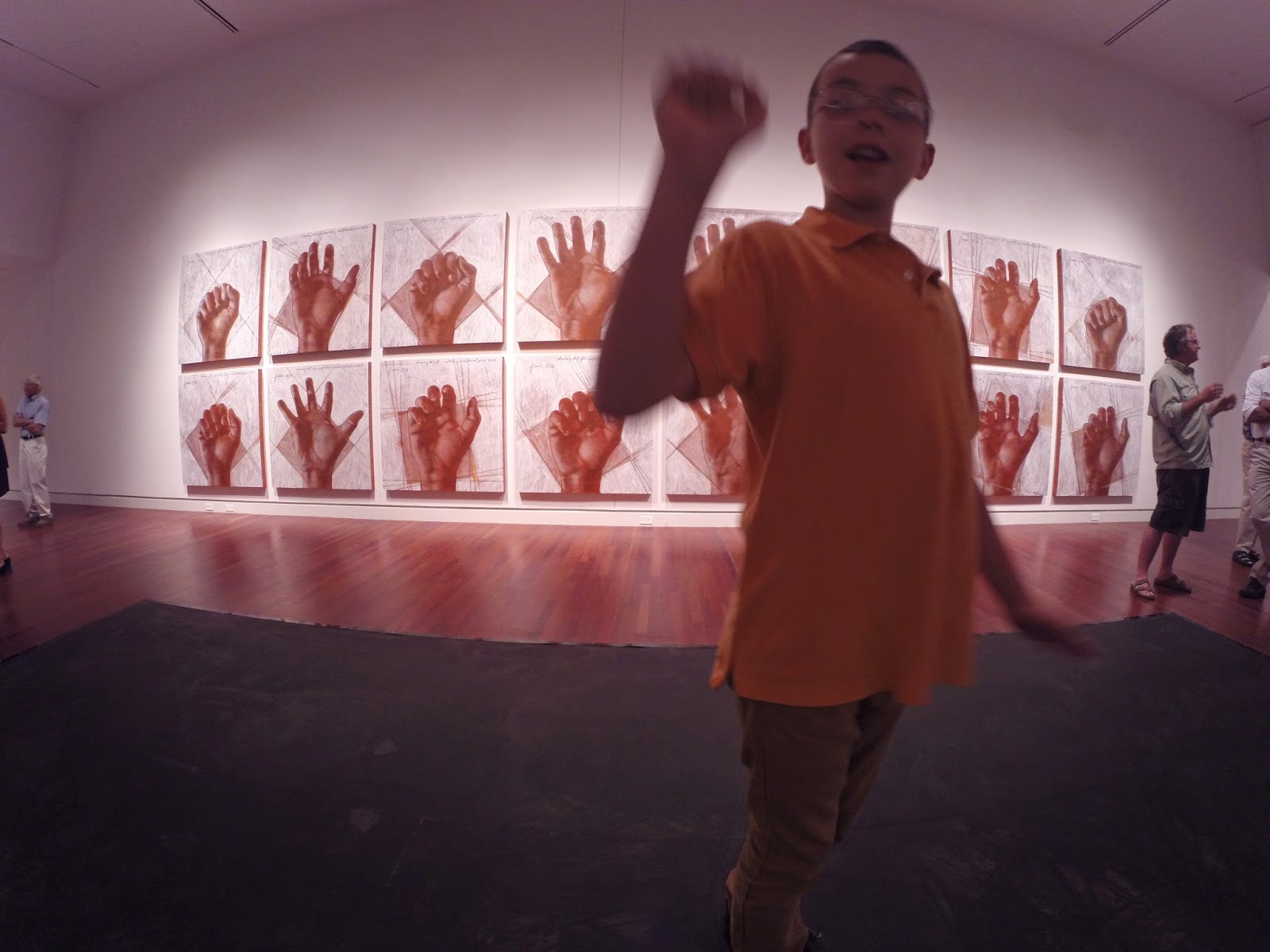 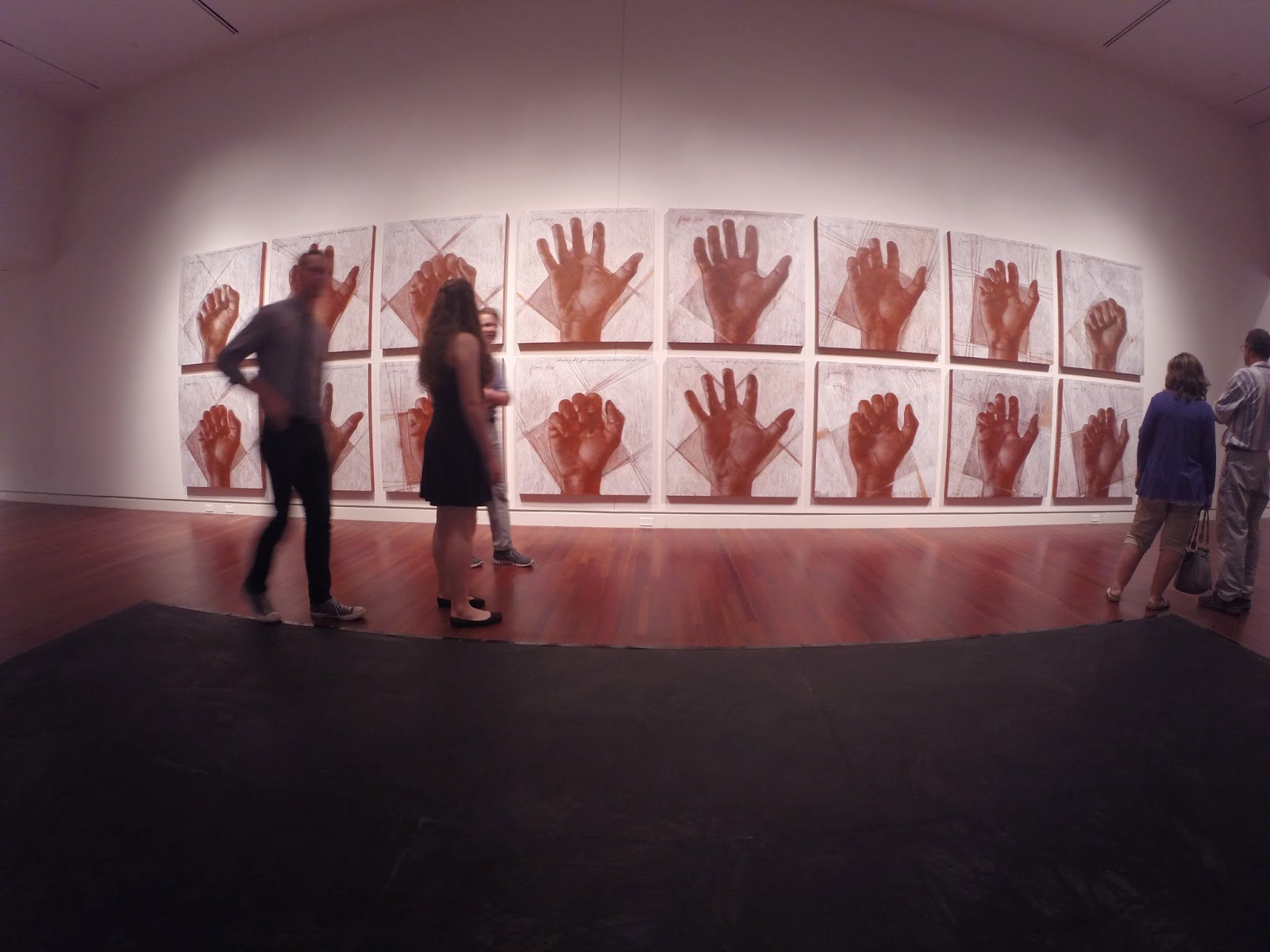 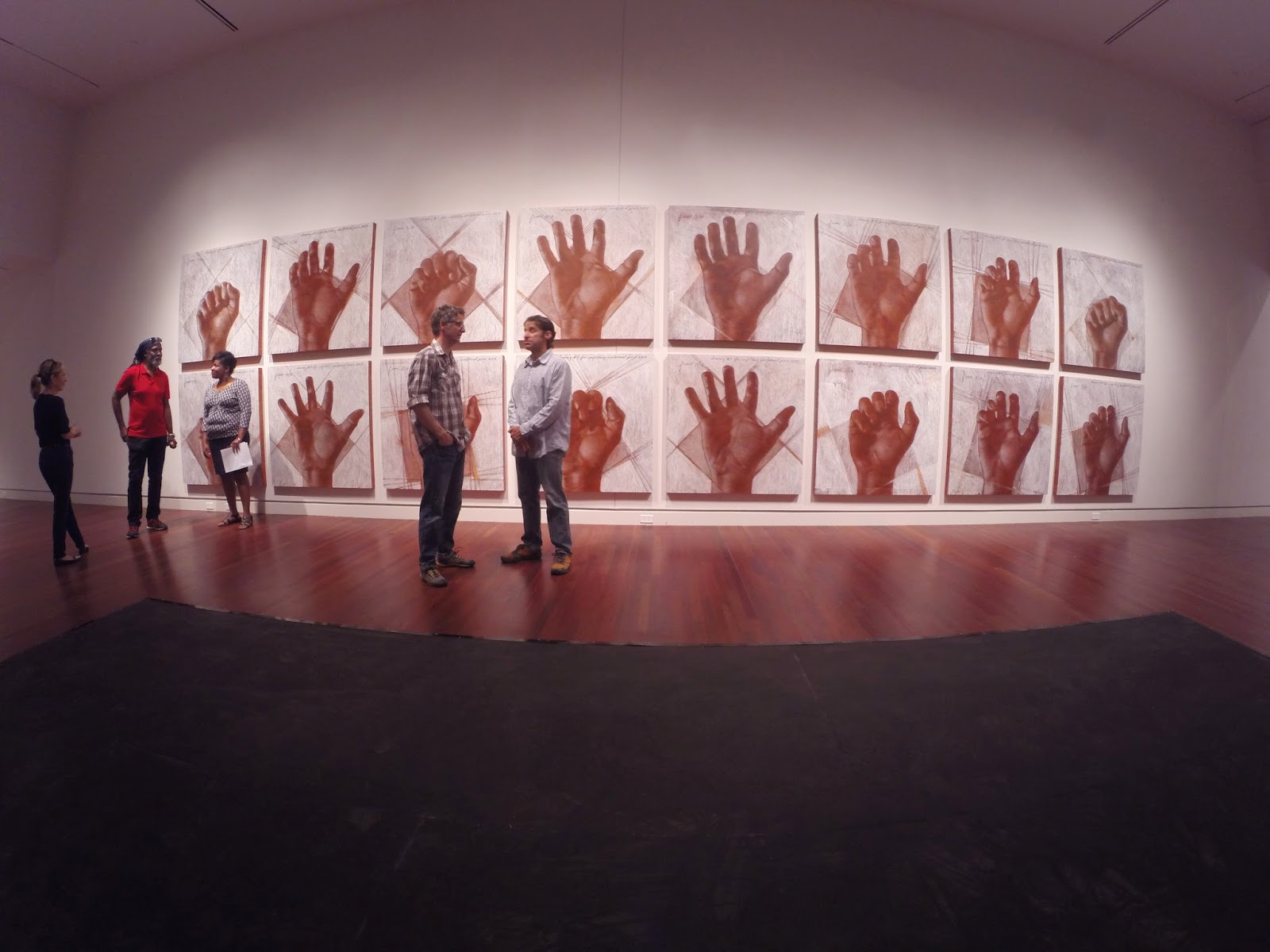 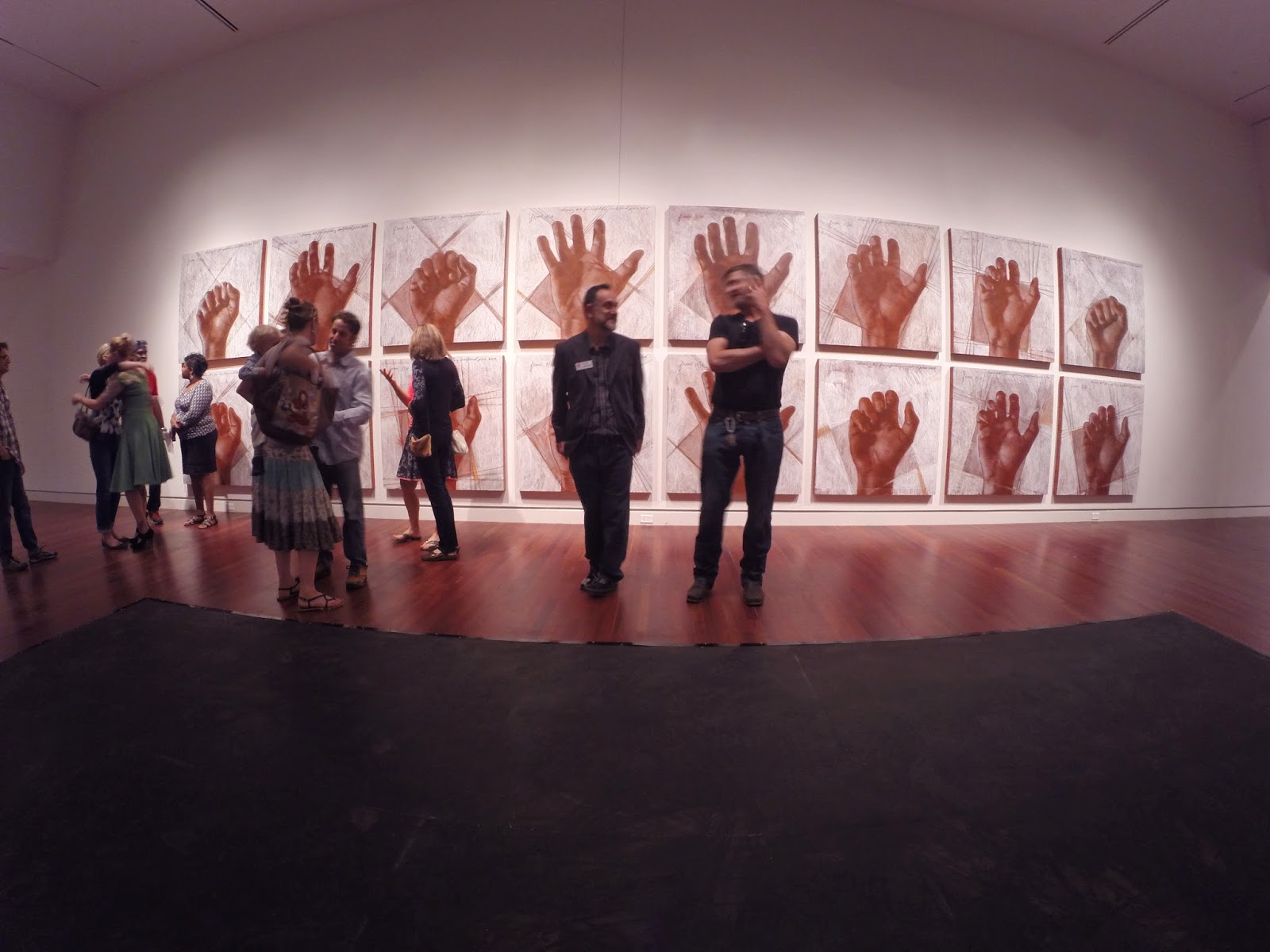 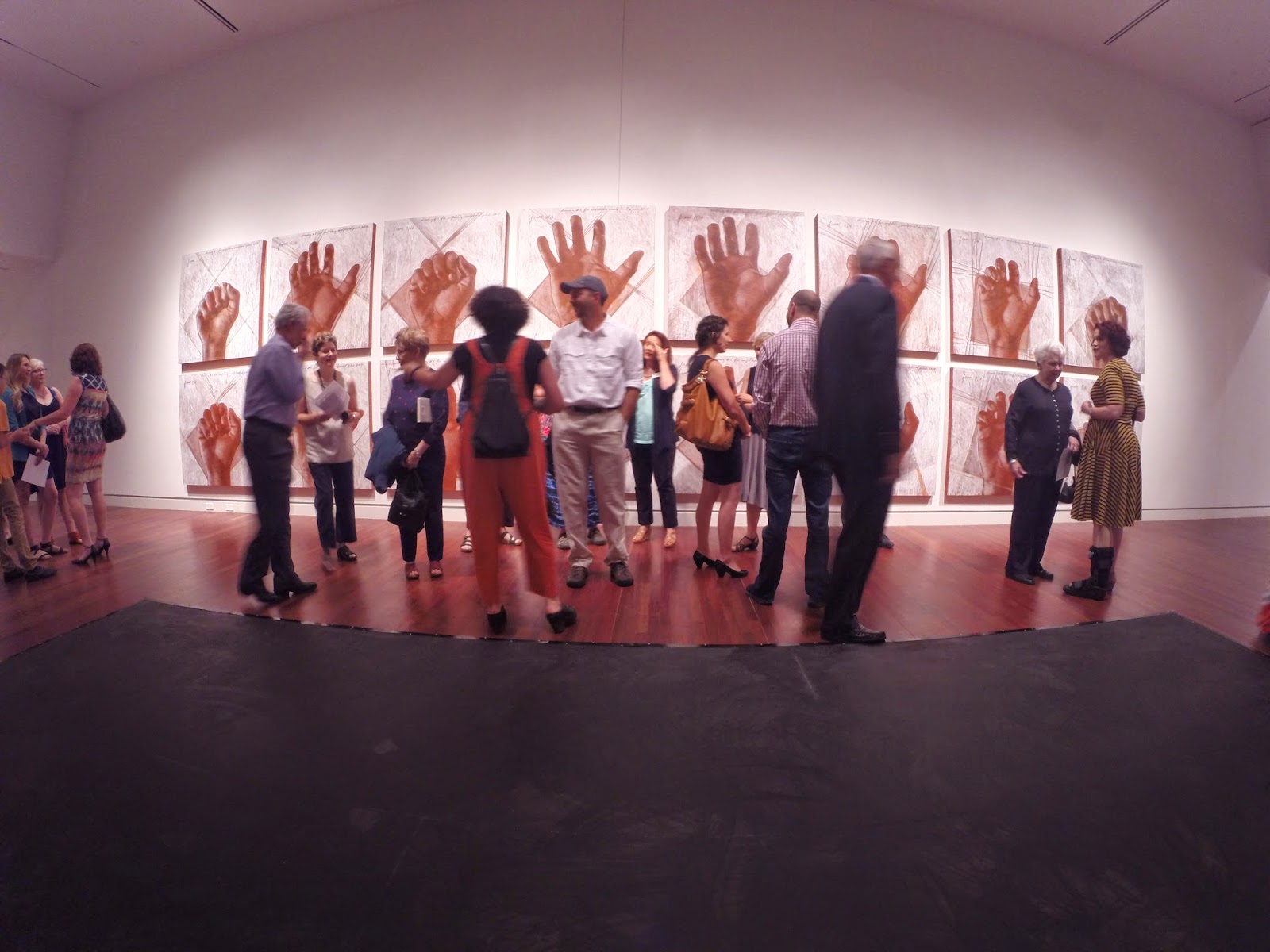 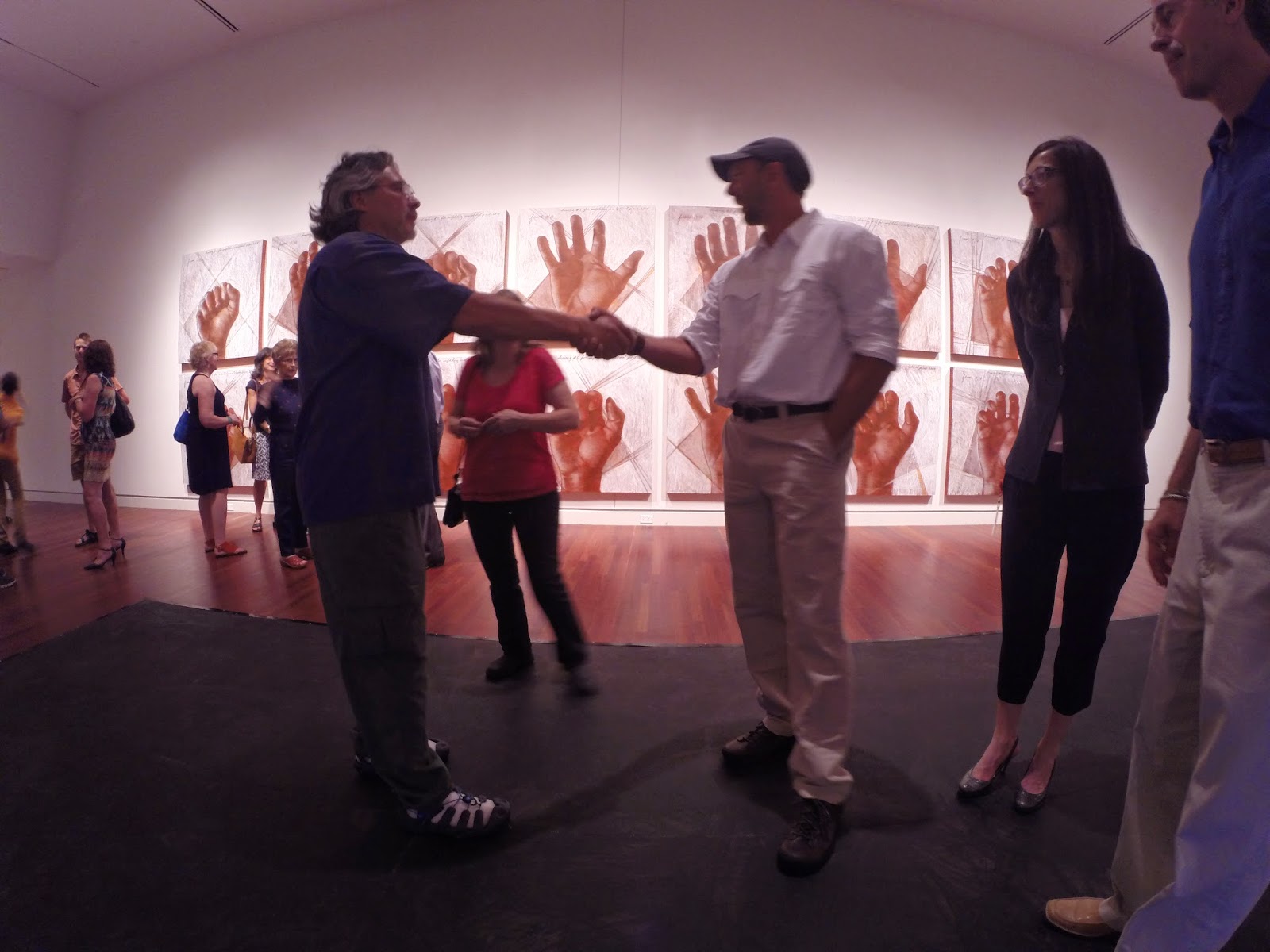 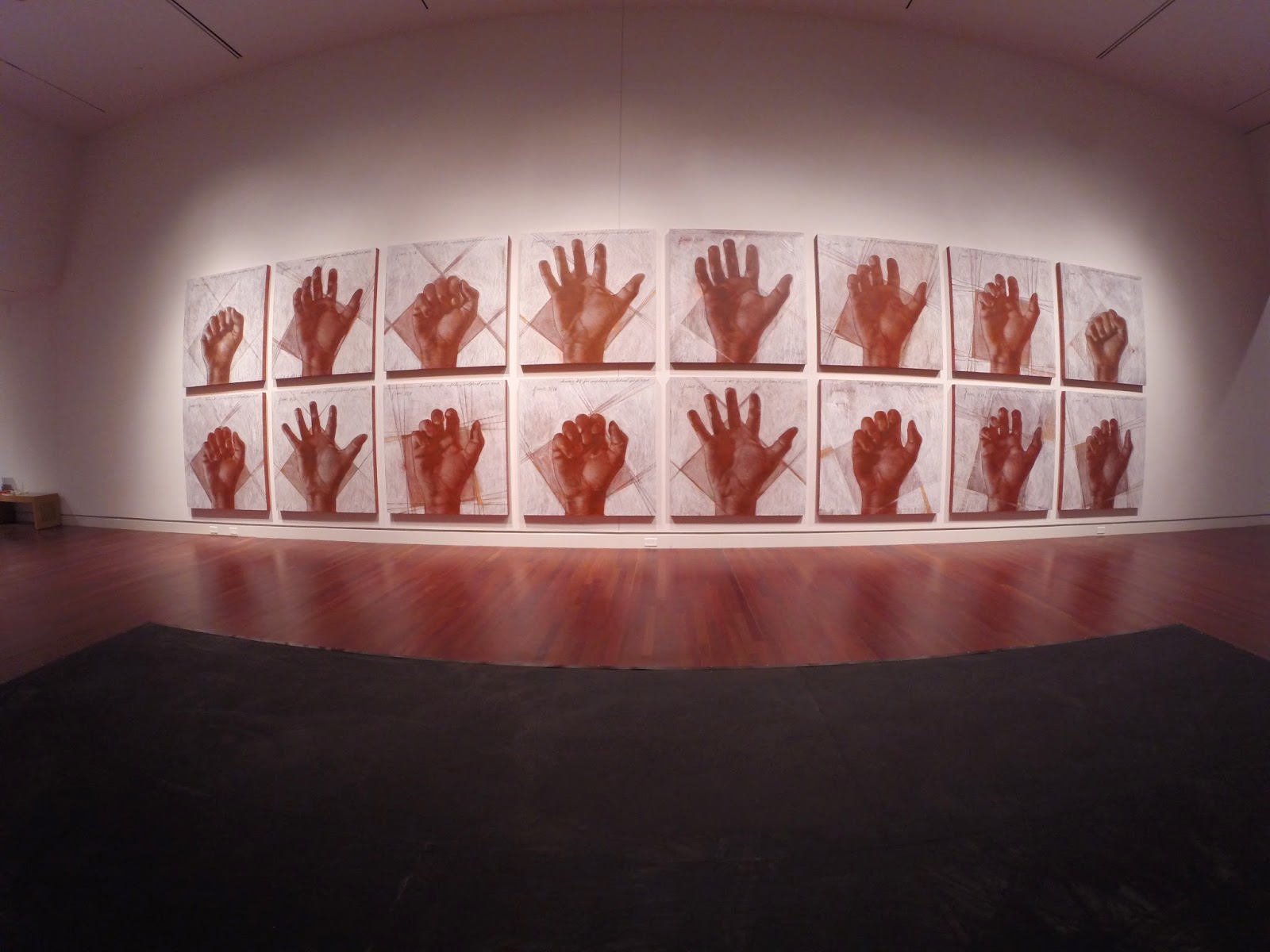