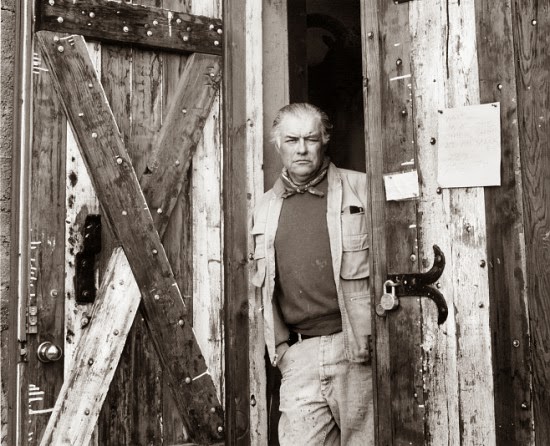 A friend of mine, a contemporary of the late Chicano sculptor Luis Jimenez who had shown at the same New York gallery for a time, told me Luis had told him his large-scale commission for the Denver International Airport, a 32 foot tall sculpture of a stallion called Blue Mustang, would kill him one day, and unfortunately, it did. He was 66 years old when a section of the piece, nearing completion, broke free and fell on him in his studio in Hondo, New Mexico, severing the femoral artery in his leg. I recall that more than a decade earlier, when I assisted Jimenez for a couple of weeks, the commission, even at that time past due, was already causing headaches befitting the scale of the work. In the wake of his death the piece was finished and installed at the airport but controversy over the piece has continued. 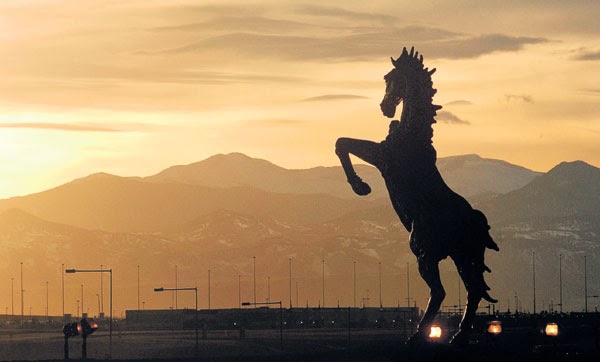 Jimenez never shied away from controversy but I don’t want to focus on that, other than to relate a story he told me about trying to get his work seen in New York in the late ’60’s. He said he didn’t want his work to get into a gallery because of personal connections or being a nice guy or what not, but simply if the dealer liked the work, on its own merits. Yet, hitting the pavement to show gallery dealers his slides was a method bearing no positive results – in fact one dealer, who was sitting in his office, reading a paper, wouldn’t even look up when Jimenez told him he had some slides he thought would be worth looking at. The only response he got was a dismissive, “I’m not interested.”

One day he went to the Leo Castelli Gallery, where he hoped to get an audience with Castelli’s dealer Ivan Karp (who subsequently ran the O.K. Harris Gallery, also on West Fourth). Now, Castelli, still a major gallery today, was perhaps the preeminent gallery at the time, representing artists on the order of Jasper Johns, who Leo himself had discovered, but Luis found the gallery between shows, with no work in the front room. No one was behind the desk, either, so Luis went downstairs to his car, brought three of his fiberglass sculptures up to the gallery and set them up on pedestals. Then he went back into the gallery offices, found Ivan, and asked him to take a look at his work. Ivan asked him where he could see some of it, and he said, “It’s over here in the front.” They walked into the room and Ivan, floored by Jimenez’ audacity, said, “No, this isn’t the way you do it.” But Jimenez responded that he was tired of people not looking at his slides, and in the end, his staggering boldness paid off: Karp asked what else he had, Jimenez showed him a couple of drawings, and Karp not only bought them on the spot, but helped to get him into Graham, another noteworthy gallery that had just changed directors and was likewise altering their stable of artists, and eventually showed Jimenez’ work at O.K. Harris as well. 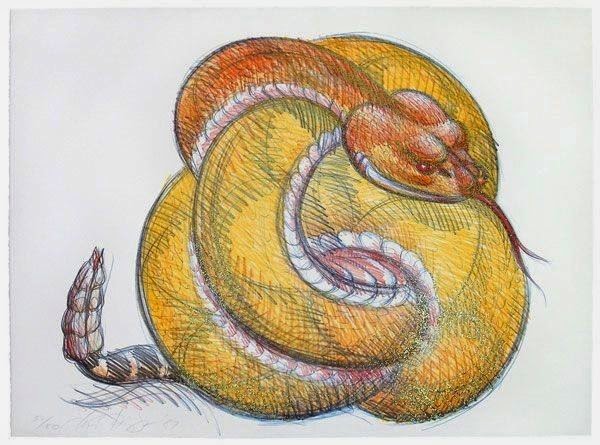 I was 25 years old when I assisted Luis in a drawing class for gifted and talented rising senior high school students from across the United States at the Colorado College for a summer art program. Luis was in his early 50’s. Both of us, though separated by nearly three decades, had young kids at the time – Luis and his wife had three, and Nan and I had Sophie, the first of our brood – and he brought his family up to Colorado with him for the fortnight.

To me, of all the many artists I’ve worked under for this particular art seminar, I would have to say I consider Luis’ teaching methodology the most ideal. For the entire two week class, other than a few pre-mandated field trip sessions, Luis had his students do nothing in studio other than draw from the model, usually “longer” drawings of an hour or more. The group show at the end of the seminar may not have had as much variety as some shows, but the young students’ ability to draw from life was much improved. No frills, just honed skills.

Often, once all the preparations for class had been completed and the students had begun to work on their assignment, we studio assistants would have time to make some artwork ourselves. Such was the case nearly every session I assisted Luis Jimenez, and one resulting memory I carry with me two decades hence is Luis’ generous statement to me, one day nearing the end of the session while he looked at one of my pieces, that he thought the two of us ought to have a drawing show together sometime. High praise from an artist of his stature and skill, and one of my most cherished recollections through the years when the only drawing I did was an occasional piece in that very studio each summer. Whether said offhandedly or not, echoes of his sentiment definitely contributed to my return to creating art in my forties.

Luis’ drawings and prints are loose, colorful, and expressive. Our local art museum, the Colorado Springs Fine Arts Center, has a few Jimenez pieces, and whenever his lithograph Vaquero is on display I study it closely. I’d like to think the 2D work in my upcoming show carries some of his influence. 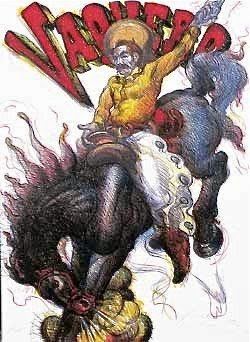 I think back to a blustery day during the session I assisted Luis many years ago. One of the field trips we took was to the Cheyenne Mountain Zoo, where the students were to draw the animals for a couple of hours. Because of the wind, the students took their sketchbooks instead of the large drawing boards they usually used in and out of studio. My wife Nan, who ran the program, was tagging along that afternoon, and had brought our 2 year old daughter, Sophie, for the outing. When we were standing in front of the rhinoceros pen, a strong gust blew the hat Sophie was wearing down into the pen, well beyond our ability to retrieve it. The zookeeper noticed and went to get a pole to retrieve it, but not before the baby rhino did, who approached the hat, nuzzling and sniffing it. Soon the zookeeper arrived with the long pole and was able to fish the hat back out, a bit dirty, but otherwise undamaged.

While we were at the pen, a few of us, including Luis, drew the large beast in our sketchbooks, and the night before he and his family drove back to their home in New Mexico, Luis brought me up to the studio he was using on the third floor of Packard Hall and gave me the drawing, to which he’d added some watercolor washes. On the bottom he had written, “Rhino for Sophie”. 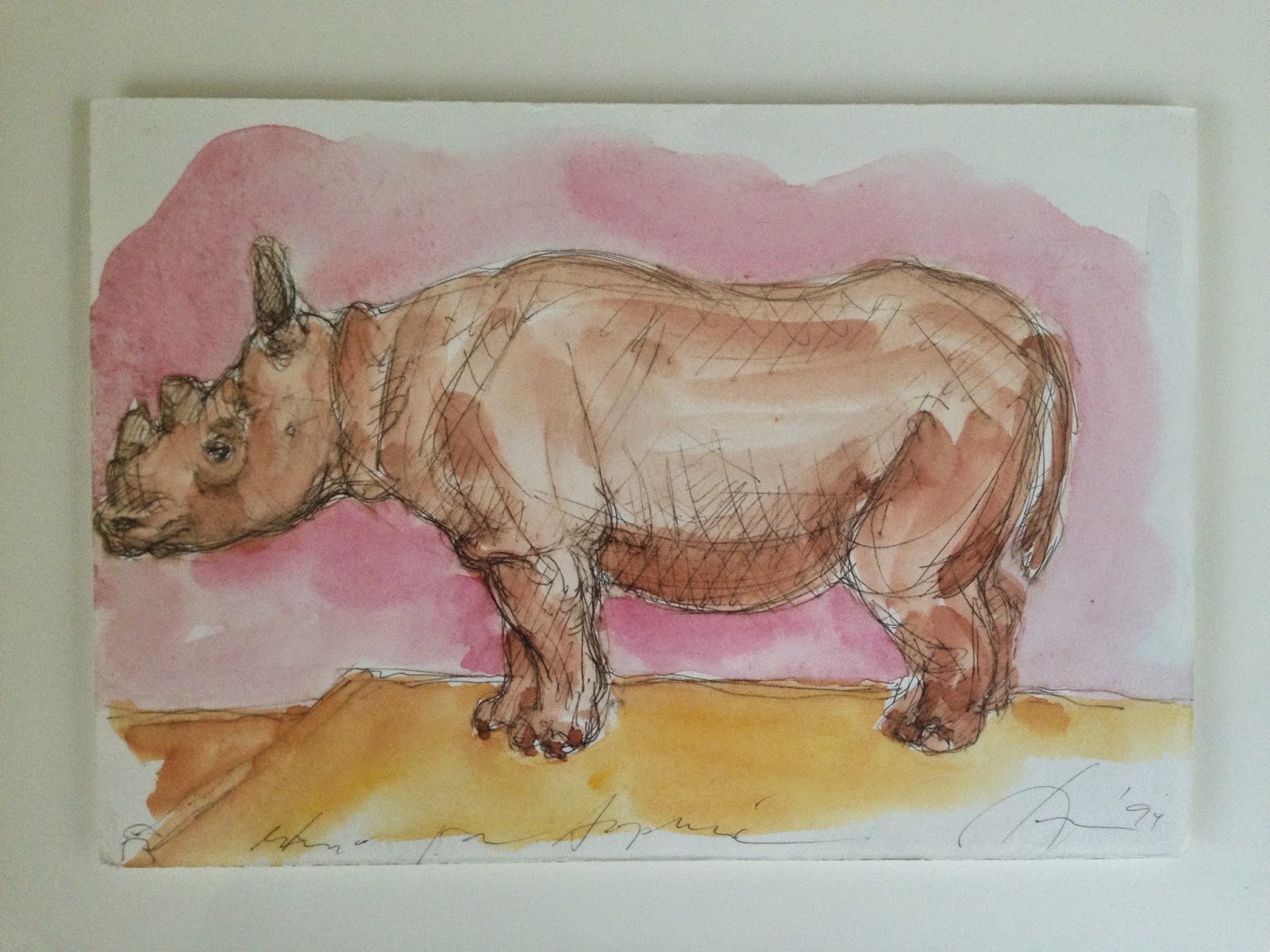 And that’s how I choose remember Luis Jimenez, whose work, especially his last work, Blue Mustang, could be severe. I think of his boldness, the energetic line quality of his 2D work, the fierceness of his sculpture, but most of all, the personal things – his devotedness to his family and his thoughtfulness. I’m thankful to have met him.