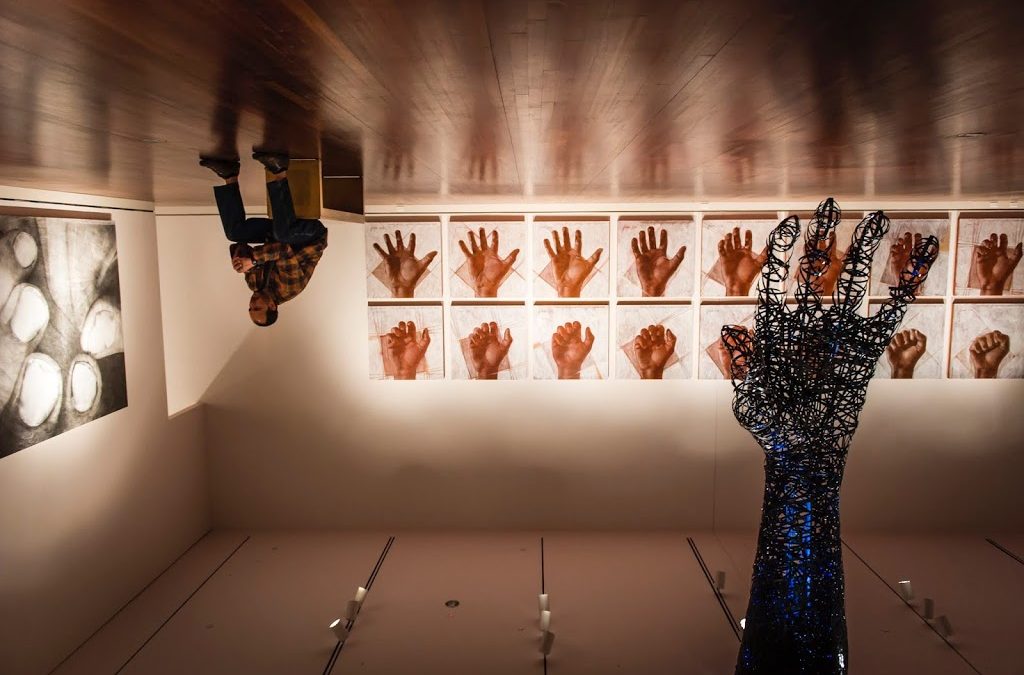 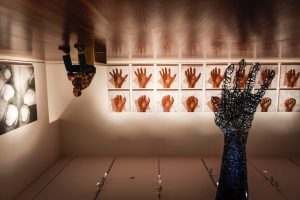 “Start with a premise and then somehow invert it.”

Yesterday, on this blog, I contended that
effort is the primary arbiter of the validity of human endeavor;
the fundamental ingredient in the recipe of success.

That while there are other ingredients, more often than not, pull the curtain back on any significant human activity or accomplishment, and you’ll find that effort’s pulling most of the levers.

It’s why we tell our kids to work hard in school. Because more often than not, diligence applied to study, even to subjects they may never use in the future, usually leads to better grades in the more immediate future, which opens the doors of opportunity down the road.
My Dean’s List daughter, Sophie, graduated from the Colorado College in 2015, and my wife, Nan, and I witnessed just how hard she worked for four years, often in classes she wasn’t particularly interested in, learning facts she’ll in all likelihood never need or be able to recall in life.

But the perseverance she applied even to perhaps personally immaterial subjects and topics, the same effort that got her into the school, is, to me, besides the degree, her indelible attainment. Like a gymnast whose body, over time, is made more limber and stronger, more often than not it’s the stretching and strengthening of our minds and the acquired study habits themselves that education requires – and more to the point, the acquiring of sustained study and unflagging focus itself – that produces the desired results.
It’s like the stern Prof. Kingsfield says in his opening day remarks to his Harvard Law School students in the movie The Paper Chase, “You teach yourselves the law, but I train your minds. You come in here with a skull full of mush; you leave thinking like a lawyer.”
It’s the laser like, protracted concentration on a craft that, over time, tends to result not just in quality work, but a transformation of the worker from a neophyte to a craftsman. 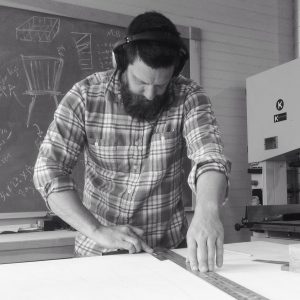 Again, effort’s not the only factor, nor is a guarantee, but it’s a fundamental prerequisite.

And it’s similar components in the artist’s tool box that tend to produce like results. 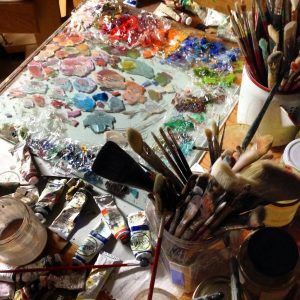 Catherine Porter Brown’s paints and brushes
However, it can be difficult to look at a piece of art, especially a fair amount of contemporary art, and be able to accurately judge its significance without context. Going back to what I said on this topic last time, knowledge of the effort that went into our doctor’s schooling and training, her intrinsic effort, is what makes her quick, seemingly effortless diagnosis accurate.
Sometimes, knowledge that the undiminished struggle of a serious studio practice of decades “went into” that otherwise puzzling piece, a.k.a. intrinsic effort, is an essential piece of the puzzle needed to evaluate the merit of a particular piece of art.

Speaking of which, I recall, back in the day, William Wegman, an artist whose oftentimes playful work and openhanded process belies a serious studio practice, inviting me, along with a few others who were in John Reuter’s 20 x 24 (polaroid) Studio at the time, to help him judge which of the polaroids he’d just made were best. He had a pile of perhaps twenty or more, and would place them in a “winner” or “loser” pile based solely on our instinctive reactions. (I also recall his inviting me to join him and a group of friends for dinner after his opening at Pace MacGill one time – instead, after dropping Chuck Close off at his apartment, I headed home to bed. Youth wasted on the young. Familiarity breeding, if not contempt, complacency.) 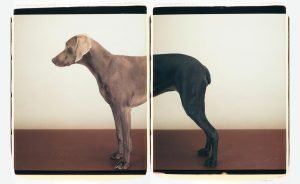 But, I don’t know, maybe I was simply dead dog tired after a long day’s work. Maybe my feet were barking. There’s something to say for restfulness, from time to time. For coasting. For downtime.

And so, while, these days, I am very definitely expending plenty of effort – at times, painful effort (my back went out a couple days ago, but, not wanting to reward it for doing so, I’ve kept right on working, if asking for more assistance with the heavy lifting) – I’m also feeling the need to take a break from Art Regard for a time. 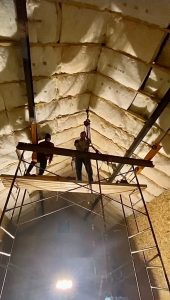 After all, it’s Thanksgiving week, and I want to focus on home and family matters. I want to count my blessings. To give thanks to God, primarily, but also to others – so many others, when one thinks about it, living and dead – who have contributed to the betterment; the inversion from hopelessness and fear and suffering to hope, courage, joy, and pleasure, of many.

Therefore, I’ll be taking a bit of a break for an indeterminate length of time. More than likely I’ll resume writing at the point where the blog will begin to focus on the public art project I’ve begun.