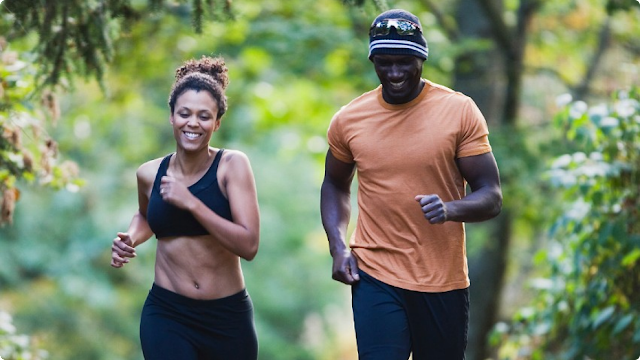 Perpetual optimism is a force multiplier – Colin Powell
There are times in life, I now know, when it can be hard to maintain an optimistic outlook. I say “I now know” because for decades, I didn’t understand depression the way I now do, having experienced a thankfully not-too-deep and not-terribly-long depression in 2016.
Prior to that time, my prescription for anyone experiencing depression would’ve been highly influenced by a personal “pride” at having never been depressed in my life.
Just get over it, already (slap, slap)! Buck up! Let go and let God.
To quote Edna Mode, Fight – win!
Oh, I’ve had moments that came close, particularly what I’ve coined my “midlife crisis at 20 years of age”, experienced perhaps counterintuitively, perhaps not, the very moment I realized that everything I had previously thought I wanted from life – broad strokes, to be a famous New York artist right out of the gate – seemed within reach.
But I’d never experienced anything – anything – like I did approximately three and a half years ago, which enveloped me like a heavily weighted blanket, only having rather the opposite of such blankets’ intended effect. It was suffocating, literally making it difficult to pull my non-weighted blanket back and get up, morning after morning, week after week, month after month – from sometime in April well into the fall.
I’ll admit that while I wasn’t suicidal during the period – which by all rights should have been a joyous time, my having finally achieved a long hoped-for “full time artist” milestone earlier that year – from where I resided internally, I could just comprehend its seductive allure.
And it didn’t seem to matter much where I was, physically, either. Returning to breathtakingly gorgeous Italy for the second time that year in May with my wife, two of our sons, and our friend Kathy, I coldly witnessed Nan and Kathy weeping with joy at the beauty of the vistas we were experiencing, but it was all I could do to keep from crying in despair, feeling locked in an invisible cage or outside of my body, and, as is frequently also the case whenever someone is hurting, rather tongue-tied as well. It was all but impossible to utter a comprehensible word about what was happening within, or even want to try.
Speaking of my internal constitution, this is how I pictured where I was at the time: stuck in some thick, black goo at the bottom of a deep well with absolutely unclimbable walls. My frequent prayer at the time: Lord, help. Lift me up. Up and out of this pit.
And, thank God, He did.
Though, to mix metaphors, I had to do plenty of intentional paddling against the tide.
Perhaps some other time I’ll talk even more intimately about the period, but I really hope not – just writing the above, this early morning (it’s 3:25 am) is enough of a glance back to give me the heebie jeebies. I never want to go back there, and, though I have remained “unstuck” ever since the fall of ’16, I do believe there are things I can yet do to continue to shore up my internal defenses against such a repellent possibility.
Now, I realize that just as everyone is physically different – even identical twins don’t share the same DNA – our mental makeup runs the gamut. None of us shares exactly the same combination of wiring/chemicals/abilities/weaknesses/etc./etc., and so to call someone, say, a “manic depressive” or “dyslexic” or any number of labels is, while needed to a degree, often unhelpful – like trying to hit the target with a shotgun. A lot of peripheral damage can be done, and the bullseye is rarely hit.
We like to slap labels on people – political, spiritual, vocational – I think of the current enneagram craze that is, unfortunately at times, being used less as a personal tool to understand one’s own strengths and weaknesses, as the enneagram used to be understood for decades, and more as a tactical weapon to typecast others.

(I’ve even heard tell of someone justifying their decision to divorce because they couldn’t live with a “five”. What a four. Or a one.)
Analyzing myself (as I often do on this blog, stepping, as it were, out of my own skin and trying to understand my creative drive from the viewpoint of a curious onlooker), I’d have to say that the periods of time when I’m most creative do have some vague markings of mania, though thankfully not anywhere near the degree to which I heard a few years ago when, for reasons unrelated to me, I was going from YouTube video to YouTube video, learning about all sorts of disorders. And there are a lot of them – anxiety disorders, mood disorders, psychotic disorders, eating disorders, impulse control and addiction disorders, personality disorders, etc., etc. The things I heard were fascinating, and, at times, horrifying.
Specifically in regards to mania, people with the unfortunate combination of extreme mania who also live on, say, the third floor of apartment buildings, believe they can fly, give it a whirl, and, if they survive, are unable refrain from giving it another go, despite themselves, the next time they’re experiencing a high.
I’ve made mention of how, particularly when presented with an interesting project, some internal regulator, some little valve, opens and I receive just enough of a slow drip of epinephrine, a.k.a. adrenaline, to assist me to complete the project, whereupon the valve is closed and I go back to a “normal” mode of living.
Thankfully, the latter mode, with the already noted exception of 2016, is neither depressive nor even flat and colorless. I can and do create art (and write) during those periods, which I’d have to say comprise perhaps 75% of my life thus far.
In the remaining 25%, a period I’ve been in now for a few months, it feels a bit like having a superpower, albeit one fairly invisible to the public. By night, I’m able to wake early and typically spend hours writing, alone, save our dog, Ruby. By day, I’m able to engage with my work and with others quite normally, which, I must admit, being an artist, isn’t all that normal at times.
But again, I would ask that you don’t come away from this post assuming that what I do, artistically, is simply the result of some malady. Some mis-wiring.
Creativity is wholly a holy mystery.

(Just listen to John Cleese as he concurs with our inability to get a handle on it)
Again turning the spotlight on myself, creativity can’t, in my mind, originate solely in my mind. Even if we had the ability to fully comprehend the mind, I don’t believe we would be any closer to understanding the origins of the creative drive. It’d be like looking up at the stars with only our naked eyes, as people did for centuries, and think that thereby, we have the slightest clue of the size of the universe.
(One night, up in the mountains and away from city lights, I asked a Colorado College astronomy professor if he could tell me approximately what percentage of the stars that dotted the night sky above us are within our own galaxy, the Milky Way, and what are outside of it. He pointed to a smudge of tightly packed stars and said, “Do you see that? That’s Andromeda. And that’s the only thing one can see with their naked eye that exists outside of our galaxy.” Incredible.)
I’ll begin to circle back to what I thought was going to be this post’s primary thought, which has to do with optimism. Perpetual optimism, in fact.
While I don’t think perpetual optimism is perfectly possible for all persons, I do believe that, in general, it is possible to move the needle in that direction, and possibly to a much, much greater degree than any of us typically think is achievable.
And I do believe that a significant factor in my rising out of the slough of despond in 2016 had to do with a concerted effort over months to listen, while I was hard at work transforming my studio from neglected catch-all to a much more orderly and cleared-out space (mirroring, I sincerely hoped, what was happening internally), to anything I could find that was positive, optimistic, motivational, uplifting. Whether it was music or sermons or motivational talks or books on tape describing how, for instance, slight, incremental changes, over time, can achieve huge results, if it put me in the general right frame of mind, that’s what I intentionally chose to immerse myself in. Anything smacking of “Debbie Downer” was avoided like the plague.
(One thing I don’t think I tried and probably should have was working out. I have found, more recently, that as I’ve continued to exercise on a regular basis, the resulting energy boost and toning and such has had a positive effect mentally, as well as physically. I feel like I’m managing the multiple projects I’m engaged in better than I would be were I not getting the additional endorphins that the stair master and the weight room and the trail provides.
I’ll close with what was the initial thought, prior to setting my hands on the keyboard this morning, while scrolling though my Instagram feed. Someone posted a quote by Colin Powell I’d never heard before, “Perpetual optimism is a force multiplier.”
Then I looked up “force multiplier.”
Here’s what I found on Wikipedia:

In military science, force multiplication or a force multiplier refers to a factor or a combination of factors that gives personnel or weapons (or other hardware) the ability to accomplish greater things than without it. The expected size increase required to have the same effectiveness without that advantage is the multiplication factor. For example, if a certain technology like GPS enables a force to accomplish the same results of a force five times as large but without GPS, then the multiplier is five. Such estimates are used to justify an investment cost for force multipliers.
Before the era of modern electronic communications, the Mongols used swarming tactics coordinated by effective military communications using flags, horns, and couriers.[citation needed] In the Middle Ages, archer’s stakes were driven into the ground for protection from mounted men-at-arms.[citation needed] This is an example of “combined arms“, another ancient method of force multiplication.
It’s beginning to look like this post is really just a set up for what will, no doubt, be turned over and over in my head today. Perhaps I’ll continue to write about it, who’s to say? But for now, let me just say that the goal for mental (and physical, emotional, spiritual) health isn’t simply to avoid feeling or looking or acting or being yucky.
No, it’s much more about the desire to be ready.
Ready for what, you might be asking?
Just ask Colin Powell.
For war.
(Ed. note: I’ll give Andy an “A” for piquing interest and a “D” – D as in Debbie Downer – for keeping things optimistic.)