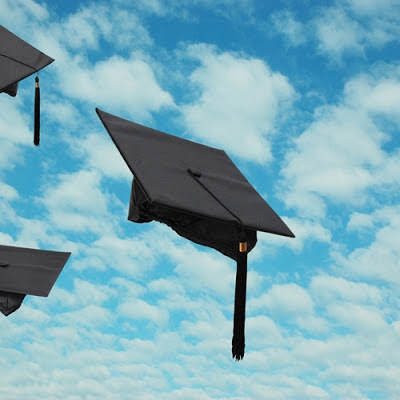 It’s graduation day at the Colorado College, and even though I don’t work there anymore, if the rain lets up this morning, I’ll probably wander over to clap and cheer, especially for the art students who’ll be stepping off the stage, diploma in hand, and into the rest of their lives approximately four hours from now. After all, they’ll need the most encouragement, as a Fine Arts degree is nearly the least likely to convert into income. (Theater typically gets the gold, only not literally).
Plus, I have a gift for them; a handy tool for them to keep in their back pocket and take with them anywhere they go. Why, they can even take it on a plane. It’s a gift in the form of today’s post.

If an art genie allowed me to bestow three art career-related wishes upon them all, I would first wish that no ill effects would result from my remaining wishes, a precautionary safety blanket. Safety first. Perhaps the next wish would be that they consider applying my One Minute Rule, with an Optional Second Minute. Let me explain.

In the 3D Arts Facility I used to supervise, while I didn’t mind answering most questions, on occasion a student would use me as a kind of human Siri, whose preternaturally calm, disembodied voice never tires – by repeating back to us our questions, only butchered – of dashing our hopes for quick and easy solutions.

On occasion, I found that certain undergrads similarly didn’t tire of pushing my buttons, peppering me with questions on a whim – things that they could easily figure out on their own, if they had a mind to. And, being a lot more intelligent than me in a lot of ways, they had a mind to.

The question I used to hear more than any other: Andy, what’s the best way to…??? Students always want to know the best way to do something when there are typically multiple good solutions. Hence, no best way. (By best, though, they’d usually mean fastest/easiest, and often I’d unhelpfully steer them in a different direction, though they might not realize I had.)

Given the parameters of time, availability of resources, limitations of skill, etc., one solution will typically percolate to the surface. Sometimes it would be my job to suggest such solutions. Other times, I’d allow the student to stew in their own as-of-yet-perhaps-undiscovered creative or problem-solving juices.

Especially the closer they’d get to their senior year thesis shows, I’d begin to kick them out of (my mental) nest and let them try their own wings on for size, as it were.

Or, I’d tell them the following: 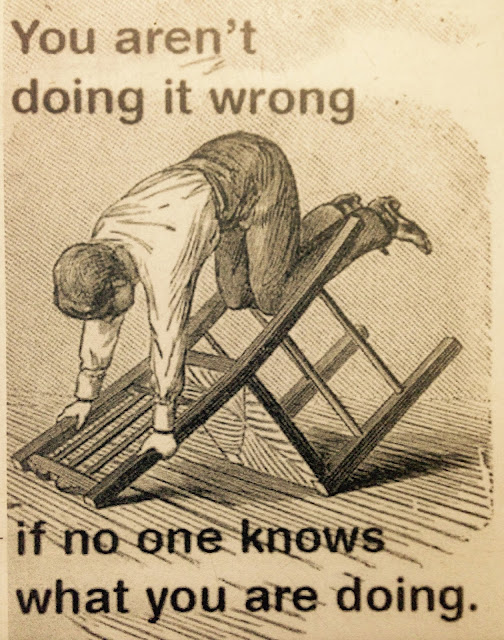 But again, there’s usually more than a few ways to skin a cat. Here’s a third option for any of you who are similarly inundated with questions others could figure out themselves. Basically, follow Siri’s lead. Or mine:

Student:
Andy, do you know where the scissors are?

Me:
I found nine places matching ‘The Scissors’…eight of them are pretty far from you. (Then I’d begin to list the business’ names and addresses.)

Student:
No, Andy, I’m wondering if there are any scissors in this building.

Me:
Would you like me to search for ‘if there are any sisters in this building’

Student:
Not sist… oh, never mind. I see them.

I know I’m not alone – it used to be one of the main topics of conversation at lunch with colleagues. We’re sometimes so overly available and helpful that I wonder if some students – thankfully, not the majority – will go through withdrawals after graduation. Who’ll tell me what to do next?

More to the point, I’m just trying to encourage you (and me) that focusing on that worrisome issue rather than passing it by, day after day, until the thought of looking it square in the eye becomes an ingrained, even fearful proposition, is the way to go. My One Minute Rule is all about facing one’s problems head on.

Maybe those of us in the know need to make some students just a tad more self-reliant. Make them use that $200,000+ noggin today’s graduates have developed, on paper, anyway.

And so, my wish for any of you who are about to graduate, as well as the rest of us, is that we’d all exercise the One Minute Rule. It’s another copyrighted axiom of mine, decades old now but still looking as shiny and new as the day it was thought up.

One fully focused minute of your time and attention is, surprisingly, usually all you typically need to figure something out. All by yourself.

Is the cabinet door sticking? Don’t default to calling on your significantly handier other, but instead, log off of Facebook and study the problem for sixty seconds and, more often than you currently find believable, you’ll be able to remedy, or at least isolate the problem. All by yourself! Don’t know how to use that new phone app? Sit down and give it your full concentration for a minute. Only, not while driving back to the ‘rents’. Again, it’ll take some additional practice with that new app to get the hang of it, but each time you run into a “membrane” in that amorphous bubble of current knowledge (and fallacy) you live in, knowing the answer lies just beyond, stop everything else, start your stopwatch, and give the problem your all. Focus like a laser beam.

It’s so simple, it’s revolutionary. And all it costs is one revolution of the second hand.

On the other hand, at times, another full minute is warranted. No problem. Entirely allowable. And possible, except for us Americans, for whom, focusing for two minutes on anything is about as inconceivable as holding our breath for the same amount of – hold on – receiving a text.

I’m back, but really should be wrapping this up. The weather’s cleared; should be beautiful in the quad, and hopefully the sun will dry the handicap ramp I’ll start demoing this afternoon. Future finger fodder. Hence, I’d better not launch into Robert Rauchenberg’s House Rule, though it’s related. Another time.

So, graduates, I hereby virtually bestow upon you all my One Minute Rule (with an Optional Second Minute). It’s perhaps one of the most tangible “tools” you can use out here in the at times intangible “real world”.