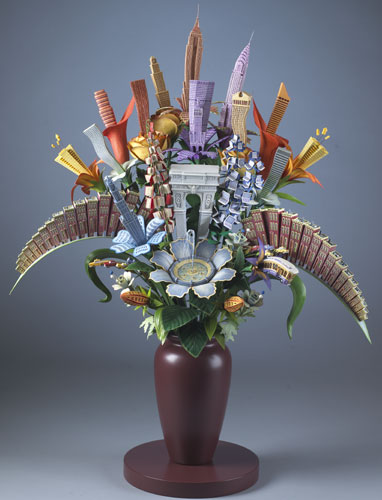 In my last post, I talked a bit about artistic license, i.e., intentional violations of or deviations from traditional forms, standards, or syntax (by, say, a poet) in order to achieve a particular effect, or minor changes to or misrepresentations of facts or history in the name of art or for the sake of an agenda.

In other words, fake news. Or, equally artistic, fake maps… 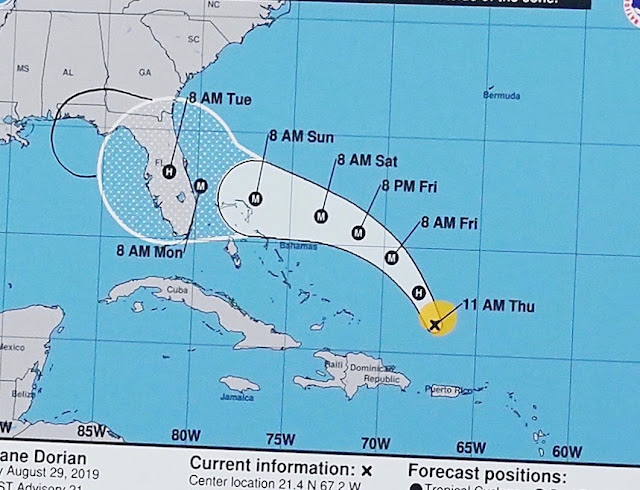 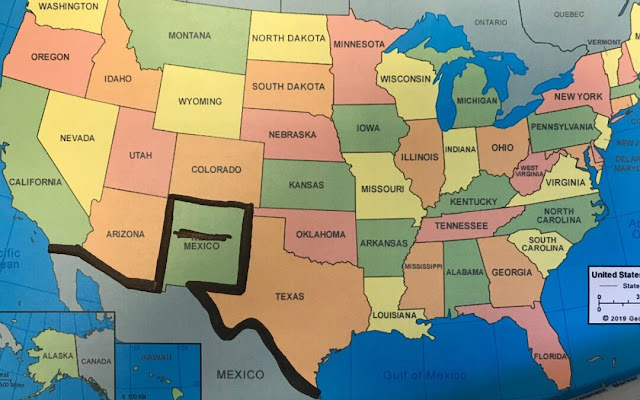 Backing away from ill-defined boundary between art and politics, I’ll again say that I, too, will be relying heavily on the concept of artistic license with one of my upcoming art projects, particularly, a public art project based in the border state of Oklahoma.

To wit, the project deviates beyond the self-imposed, seemingly unscalable wall I’ve built and maintained in my art since 2012; that of the motif of the human hand. It will explore a region much more in line with the kind of work I thought I’d be making, were I ever to return to making art, in the years prior to 2012. While, like this post, it may have some ruminative undercurrents, at the surface, it will be easily resolvable. Whimsical. It will avoid regional cliches, and highlight an ongoing heritage of casting a bold vision.

At times, you just have to shake things up.

When Philip Guston, a highly regarded abstract expressionist, jumped ship and exhibited cartoonish, representational paintings, in the late 1960’s, it received scathing reviews from much of the art establishment, including Time magazine critic Robert Hughes, who, though he eventually changed his mind, initially wrote a withering review entitled “Ku Klux Komix”. Never to be outdone, New York Times art critic Hilton Cramer called the act of changing styles an “illusion” and an “artifice” in an article entitled “A Mandarin Pretending to Be a Stumblebum.” (I recall my own New York employer telling me he’d received a similarly negative review from Hilton Cramer, and wore it, as did many artists, as a badge of honor.) 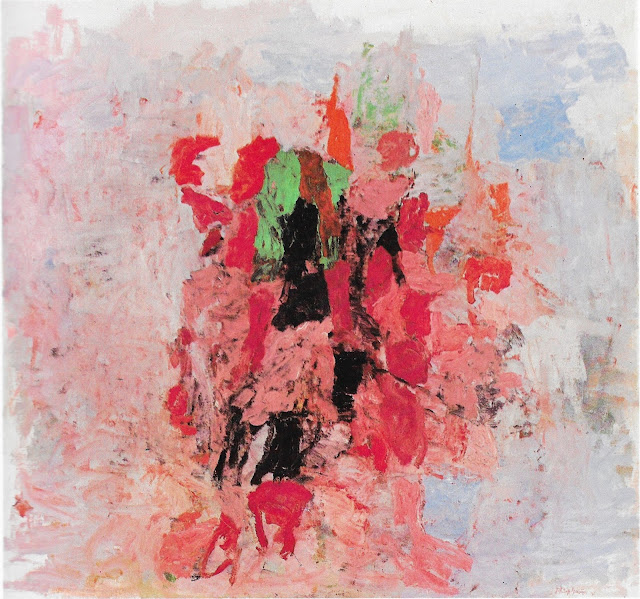 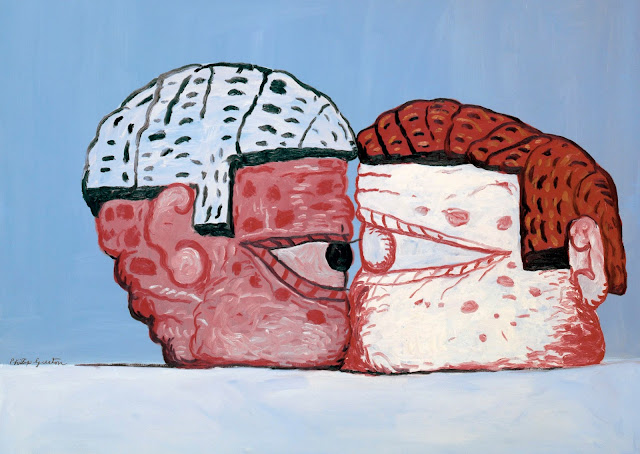 One badge of honor that I wear is friendship with the highly esteemed artist Jimmy Grashow, who, along with me, knows just how hard it can be to change shape. (Whenever we talk on the phone, it’s the first thing Jimmy asks me, with more than a hint of hopefulness: “Are you, like, 400 lbs now?” In the weight loss area, change can be an illusive thing for us both.)

However, I recall that it was from Jimmy that I first learned that one can change the shape of their art-making tools, and that helps to embolden me to do the same with the “tool” of motif.

Jimmy was a huge hit with the high school-age students that attended the Marie Walsh Sharpe Art Foundation’s Summer Seminar, where, for well over a decade, Jimmy taught drawing for one of the two-week sessions each summer, but it was probably the very first time he came out from his home in Connecticut that I visited his temporary studio in Packard Hall one afternoon and was introduced to the concept I’m about to pass on today – for some of you, for the first time.

Jimmy makes a wide variety of work, from tight, meticulous wood carvings to room-filling installations, but summer after summer, he would typically bring a box of partially-formed leaves to work on for his Houseplants series. Each houseplant piece consisted, basically, of a variety of paper flowers resembling little houses attached to wood stems from which a number of basswood leaves also emanated.

His initial inspiration for making the series was trying to find a way to break his habit of getting bogged down in ultra-complex, ultra-detailed, epic-scaled work, and perhaps for the first piece or two it worked, but over time, like the invasive Kudsu Vine, his houseplants became more and more elaborate and time consuming until they took just as long as some of his larger-scaled work did – well over a year per piece, at times.

(It was from Jimmy that I learned the phrase, “Inchy by Inchy, Leonardo da Vinci” – sometimes, if Jimmy made an inch’s worth of progress in a day, it was plenty.) 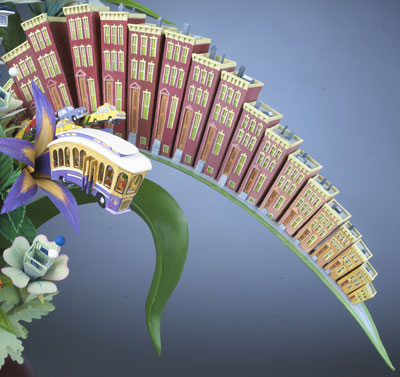 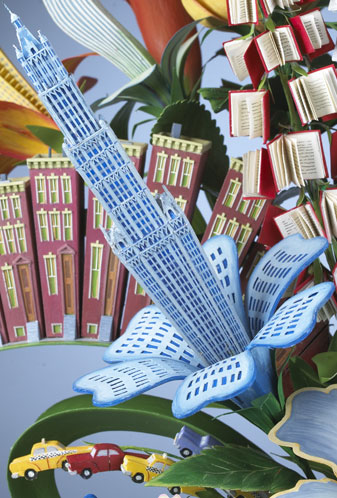 Among his luggage, Jimmy would usually make the trip west each year with a shoe box containing some basswood leaves he’d cut out already on his band saw and a plethora of wood carving tools – straight, bent, and “V” gouges, utility and X-acto knives, etc.

As Jimmy sat and carved the Lays potato chip-like leaves on the second floor Packard Hall studio that first summer, I noticed that the wood handles of his carving tools were generally quite short. When asked why, Jimmy responded that after he buys wood tools, he cuts the handles down and sands the cut ends over until the butt ends fit his hand “like a glove”. 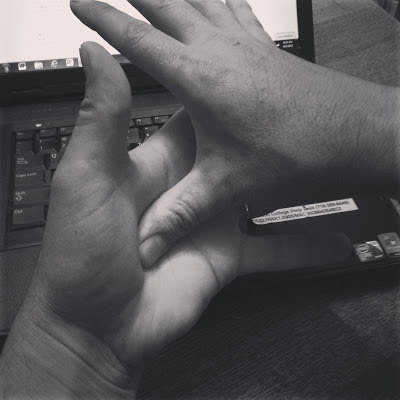 It may seem commonsensical to you, but the concept was revelatory for me. What? Modify store-bought tools to suit one’s purposes? I’d made plenty of jigs – tools of a sort for this or that specific process – but I’d never altered one of my tools. Not on purpose.

Why, I’d never thought of that before.

Wasn’t that, I don’t know, cheating, or something?

In the art realm, your tools – and I’m speaking much more broadly than the tools that fit into one’s hand – are just that. Yours. Yours with which to do what you want.

An artistic license is not unlike a driver’s license and keys to a car, as my son, Nate, will have in just a few months’ time. Gone are the days when we wouldn’t let him walk alone to the nearby 7-11. With the license and his passport, he’ll have the means, well within the capability of a tank of gas, to cross into Mexico.

And beyond that, perhaps even into Mexico.

Yeah, being an artist isn’t all fun and games. Sometimes it’s serious business. And vise versa.

I’ll close with yet one more consolation for me, as I begin a public art project that will, I’ve no doubt, produce a few Hilton Cramer-like critics (joining the ever-present one in my own head, a.k.a. my Editor):

The painter Willem de Kooning immediately understood the importance of Philip Guston’s figurative, representational, comical work, saying that they were “about freedom”. Not a shabby review, that.

However, as a result of the generally poor reception of his new style, Guston, who had recently moved from New York City to Woodstock, further isolated himself there, not unlike Nixon did in the White House during the Watergate Era.

Yet, today, Guston is best known for the work that caused him such grief, similar to how Nixon is remembered somewhat fondly, having worked hard to rebuild his image, post-impeachment.

And that, in a nutcase, is my hope.