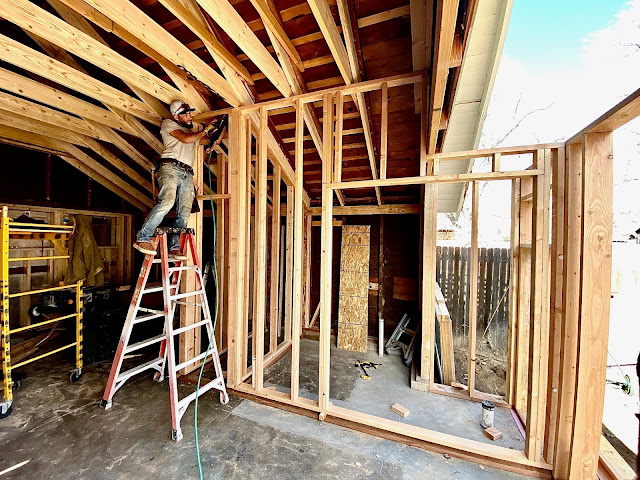 I‘m just about to shift my primary creative efforts, for the next few months, to the public art project I’ve alluded to in a number of recent posts. The project actually began months ago, behind the scenes, but things should really begin to move here within just a few days.

As a result, my posts on Art Regard will in all likelihood get leaner, less philosophical, more practical. Hopefully also more photo-centric.

In part in order to take better photos, recently, I upgraded my iPhone to the latest 11 Pro, from (I think?) a 5S, and from 16 gigs to 256 as well as from a 5 megapixel camera to 12 megapixels. It’s felt like quite a technological leap already, and I’m loving the pictures it takes.

Speaking of leaps forward, if you’ve been following the blog regularly, you know that there have been other substantial changes in my creative arena related to the new art studio I’m having built. Designed by John Hockman of Prospect Builders, a talented designer as well as a licensed structural engineer and general contractor, the new workspace will include a number of customizations that will make the kind of art I do and that which I hope to do in the future much more feasible, manageable, and enjoyable.

I’ll wait until later on to show you most of the upgrades, including some new machines, but for now, if you’re unaware, on Instagram, besides my main handle, @artirado1, I have another one, @artstudiobuild, specifically dedicated to the studio construction. What the heck – here are a couple more of my latest photos of the project, followed by a smidge of philosophy thrown in for good measure. 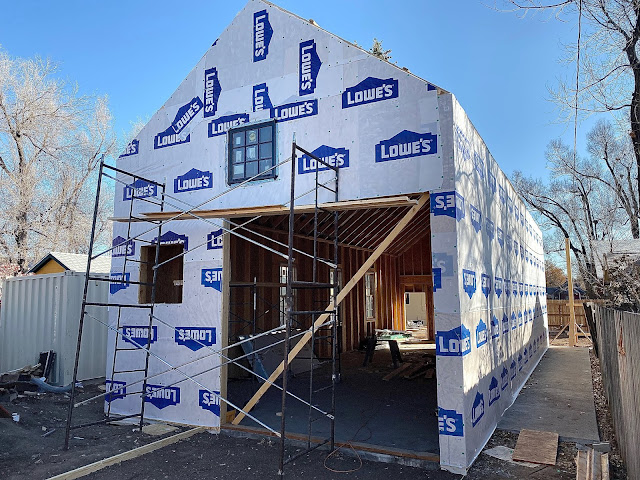 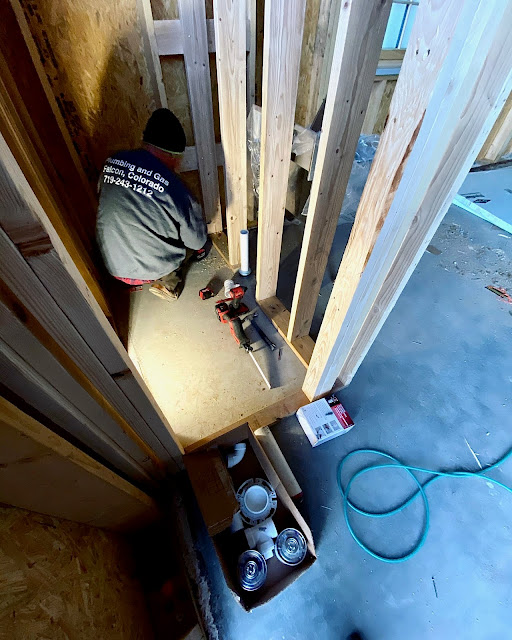 Late yesterday afternoon, I was hanging out in my new studio as Joe and Steve Soulka, brothers and veteran framers, framed out the space’s lavatory ahead of Jeremy Bourgois, my plumber, who did the plumbing rough in. (One of the things I’m most looking forward to in the new space, believe it or not, is running water. Make that hot running water. I wonder how many five gallon buckets of frigid water I have hefted from the spigot at the front of my house to my studio, at times, trudging through snow. How many times did I dip my hands into cold water to rinse the glue out of the shop rags??)

While Jeremy was waiting for the framers to finish their preparatory work for his plumbing, he and I talked about our lives, primarily our work lives. Jeremy worked for a school district for many years, and like me, he left primarily in order to make a go at working for himself. Plus, having worked there for twenty years, he was eligible for retirement compensation. Besides his plumbing business and his wife’s realty business, they’ve both joined the fix and flip bandwagon, and are closing on their fourth or fifth flip today. Sounds risky to a lot of people, especially early on, when the enterprise can involve the use of hard money lending or other alternative means of securing a loan. Speaking of risk,

“Workmanship of risk” is a well-known concept advanced by David Pye, Professor of Furniture Design at the Royal College of Art from 1964 – ’74, and perhaps the most popular craft theorist of the twentieth century.

It regards the risk involved in work that’s done where the quality of the finished product depends on the judgment, dexterity, and care of the maker – where the quality of the result is continually at risk during the work’s creation – as opposed to work of a more, shall I say, automated, or predetermined, kind, a.k.a. “workmanship of certainty”.
Now, I’m no craft theorist, which is why I can unapologetically put my own diacritic spin Pye’s concept:

There’s a similar idea involved in living the life of the self-employed craftsman or artist, where day to day decisions effect the resulting quality, and perhaps also the continuing possibility, of one’s lifestyle.

There’s an inclination within many creative people, and for sure within me, that desires such a “lifestyle of risk”. A predisposition toward living the type of life where one’s existence, health, continuance, and advancement hinges directly and primarily on one’s own personal talents, abilities, craftsmanship, and decision making, both in the macro and micro sense, day in and day out.

Or, as the talented designer who used to hire me back when I made custom props and sets, JoAnn Jones, would say,

“you’re only as good as your last project”.

As I bow out and face whatever challenges today brings my way, I’ll make mention of a podcast I just discovered which, though not art-centric, has already had a number of overlays, especially risk-related, that are personally applicable to me at this time in my life.