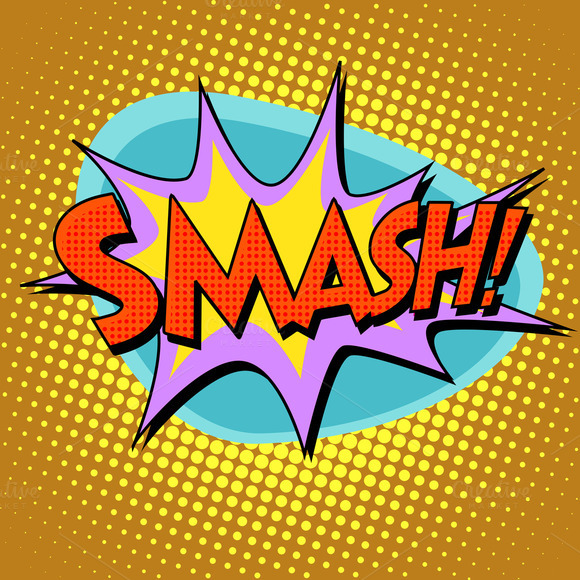 The following regards a moment in time worthy of Seinfeld’s show about nothing. I began to outline the non-event in yesterday’s post.

At any time of day, the sound of shattering dishes makes one tense up and wince, but at four am? At that hour, when sanding an oversized foam and fiberglass pear prop before one’s day job is the only thing on the agenda, the mind is free to remain in stand by mode. In one sense, that’s where my mind had been for quite some time. The jarring racket woke me up. 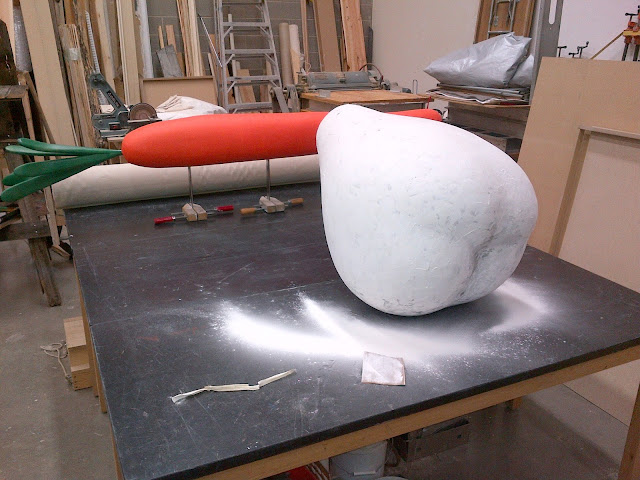 I stopped sanding the pear, one component of a custom props project with the in-house designation “Voluminous Vittles”, and looked down. The shop floor looked like someone had thrown a water balloon at me and just missed. Or perhaps like a comic strip’s jagged, explosive action balloon, a two dimensional record of the shrill noise echoing in my mind in all caps – SMASH! All around me, shards of ceramic. Water slowly mixing with wood dust. An abstraction worthy of an undergrad art major’s consideration, perhaps, but for me, an annoyance, if a startling one, only. A temporary record of the seemingly inconsequential event. To borrow a phrase from my favorite movie, a sideshow of a sideshow. Little did I know that the speech balloon was trying to communicate with me, willing me into action. 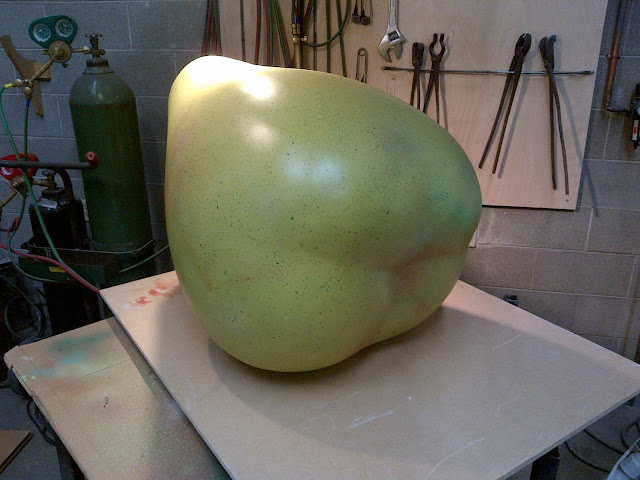 It’s been a while since such spills were commonplace in our home, but visit Pfaltzgraff’s headquarters and you’ll find a bronze plaque dedicated to the Tirados. There’s another one at Bed, Bath, and Beyond’s.

Slow the picture way, way down when such a toddler-bumped bowl is spinning in space, droplets arcing their milky way to terra firma. Isn’t that just the perfect existential picture of parenthood in the early years? With you wondering if this guerrilla movement, these daily acts of sabotage dished out on your bank account will ever end?

But I had no one else to blame for not moving the coffee mug off the workbench before vigorously sanding the large, roly poly pear on it. Besides an absent-minded professor me, the mug had been left on the workbench by a CC grad back in the Springs to assist me with my woodworking class. He later said he’d filled it with water the day prior to cool the steel wood chisels he was sharpening on the grinder.

Just your average sized mug, it had been one of a number of refugees my wife had boxed up for me to either take to the shop for students to use or to Goodwill. (My go-to mug, still faithfully by my side this morning after many years, holds about twice the typical amount of “starter fluid”. Even so, it’s emptied two or three times before 6 am, most days. It’s empty now…)

I wiped up the water, swept up the broken pieces, dumped them in the trash can, and resumed the banal task of sanding.

Ask any woodworker and they’ll tell you: sanding is the bane of woodworking. It’s dusty and it’s boring. But it does have one thing going for it: it allows the mind to wander in a way that running wood through a saw doesn’t, or at least shouldn’t.

But having been engaged, my brain made a connection between the mug, a conversation I’d had with a distraught student the day prior, and the moment I’d mentally disengaged from art, decades ago.