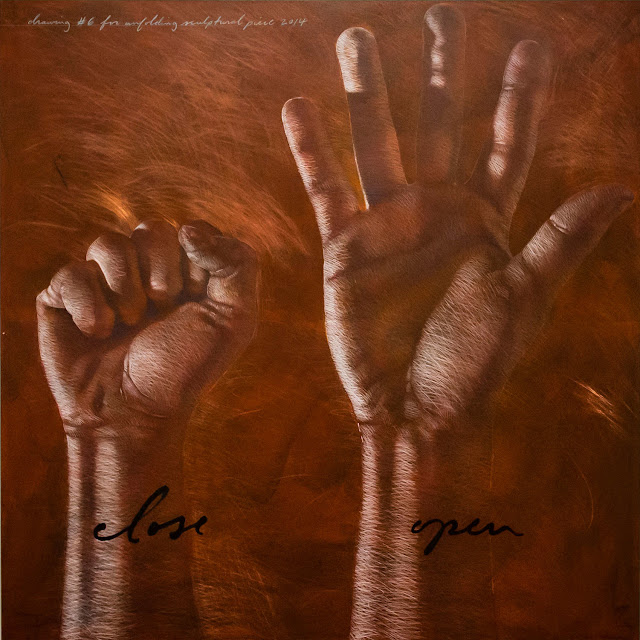 Yesterday, I said that, “I’ve realized that most, if not all, of my posts [on this blog], including and especially this one focusing on limitations, have the diacritical distinction of being about possibility.”

Perhaps I should backtrack a moment and re-introduce the word “diacritical“. It’s a linguistic, grammatical term basically connoting an accent mark, like the tilde, the little wave above the following ñ in Spanish that indicates the (ny) sound, as in “canyon”, or in Portuguese, to indicate nasalization, as in pão, “bread.”

A few years ago, I rather unceremoniously lifted the word it out of its normal context and dumped it into a multi-post, labyrinthine, art-centric discussion, where it went nowhere fast. There, somewhere out there in the ether, it’s sat ever since, a lonely, sad, orphaned puppy of an idea. Unlike some of my other sayings, like “curves are costly” and “fabric is for fools”, my attempt to co-opt the term and give it a little artistic flair has had the same result I do, nearly any time I put on clothes – Nan used to ask me if I intended on leaving the house like that. Now, at 29 years of marriage, and our resulting telepathy, she doesn’t have to ask. I just show her a couple options and she decides.

You can lead a horse to water but you can’t make it sync.

But I still have hopes for my unconventional use of the word, and my plan, mere seconds old, is to slip it past you, dear reader, unawares, now and again, in this and subsequent posts, each time, linking it to yesterday’s – if you’ve not noticed already, my posts have the diacritical distinction of being about the most cross-referenced in the history of blogging – so that the more curious of you will click on the word, read the post, and, in time, wittingly or not, find yourself, American or not, joining my ad-hoc army, storming the English gates.

It’s possible to change the language.

Perhaps I should do so now, and begin again.

Yesterday, I said that, “I’ve realized that most, if not all, of my posts [on this blog], including and especially this one focusing on limitations, have the diacritical distinction of being about possibility.”

I’ve been thinking some more about it, and realized that the optimistic thought that “it’s possible” has been, for me, increasingly a diacritical mark not only in my writing, but in my art and in my life.

If I could chart my life in regards to the idea of possibility on a graph, it would look a bit like this one, showing what would happen, barring any other economic factors, if you were to compound your money continuously, monthly, quarterly, or yearly:

Note that the initial upward curve is somewhat mild, but over time, and depending on the frequency of the compounding, it begins to ascend at an ever steeper rate.

Someone I know once relayed that he overheard his fiancee offhandedly remark, “I wonder what it would be like to be bored.” Sounds about right; I can’t think of a more engaged person, rim shot.

Happily, I can say the same thing regarding my life, these days. There’s a sense of interconnectedness with a multiplicity of people, of projects, of places, of the prodigiously, productively, profoundly possible. An opening up of, and on, purpose. 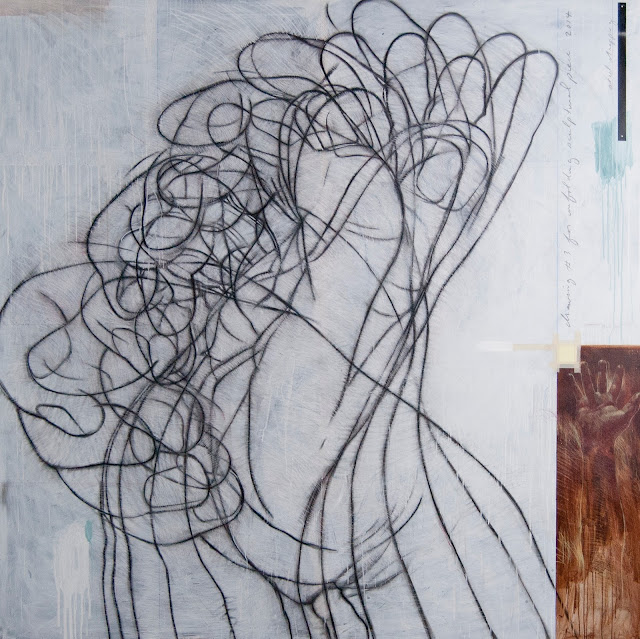 It has not always been this way for me.

When I look back on my youth or childhood, while there must’ve been something going on good and deep within my cranial folds, I recall that it was sometime in my mid-teen years when I got the distinct feeling that I was coming out of some sort of fog. Like going from seeing people as trees walking to a greater clarity and reality. A greater realization that my hands were, in fact, grasping a steering wheel, and that – hey! – my foot could, if I desired, engage an accelerator, and with these I could, in fact, direct the vehicle of my life where I wanted. (Gotta digress for a moment and copy and paste the following from a recent post, just for kicks:)

An artistic license is not unlike a driver’s license and keys to a car, as my son, Nate, will have in just a few months’ time. Gone are the days when we wouldn’t let him walk alone to the nearby 7-11. With the license and his passport, he’ll have the means, well within the capability of a tank of gas, to cross into Mexico.
And beyond that, perhaps even into Mexico. 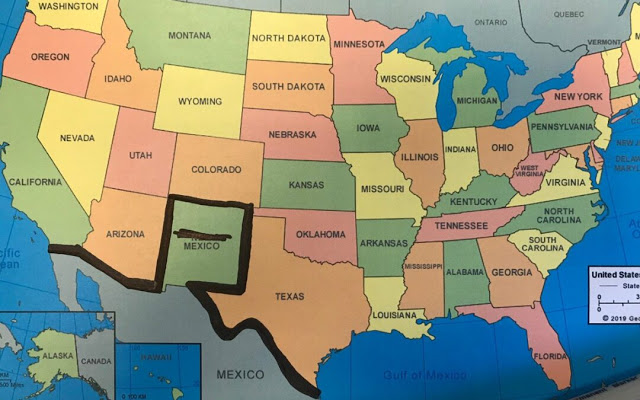 (he’s LOL’ing again)
It’s not as if I didn’t employ my willpower prior to that point – evidently I had a mind of my own as far back as in Kindergarten, as evidenced by the now humorous comment my teacher hand wrote on my year-end report card, on the line following “ties own shoes?” Next to the x she’d marked in the “no” column, she added, “and he won’t try!”
As late as fourth grade, my teacher, Mrs. Wilcox, had to pointedly ask me, no doubt repeatedly, to use her name rather than the generic one I employed, even when addressing her, as I had with all her predecessors, face to face. “Teacher,” I’d no doubt have continued to say, had she not corrected me well into the school year, “I need to use the bathroom.” My disengagement from her name – the broad brush of abstraction I applied to her personhood, it now seems to me – was, in fact, like leaving the bathroom with my zipper down and my hands unwashed (which, who knows, I probably also did) – distressingly emblematic, no doubt to her, as well as to me, today, of the checked-out nature of my conscience at the time.

But right about the time I was reaching my full 6’1″ height, I was also beginning to emerge from a sort of invisible cocoon.
It’s as if, up until that time, I was simply following in the wake of others’ more developed personalities, not quite aware of my own craft’s propeller motor, rudder, compass, and GPS.
But whatever dim light of perception I had as a child, like an inefficient, low wattage, more-heat-than-light incandescent bulb, scattering its “attention” in all directions, became, over time, brighter and more directed. Occasionally, in fits and starts, I realized I had the laser-like power, if I would but focus, to, as it were, carve words into concrete. To bend steel. 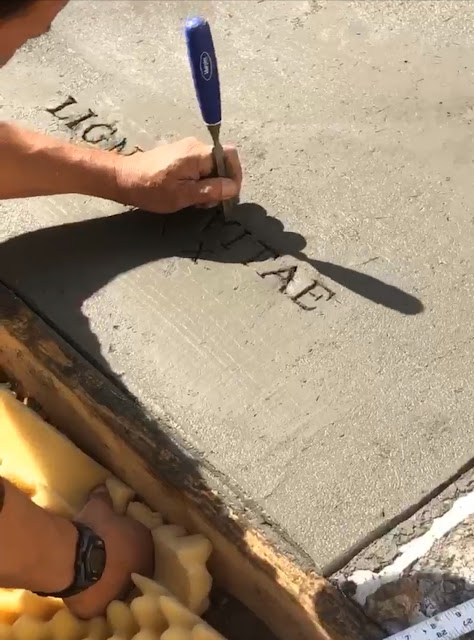 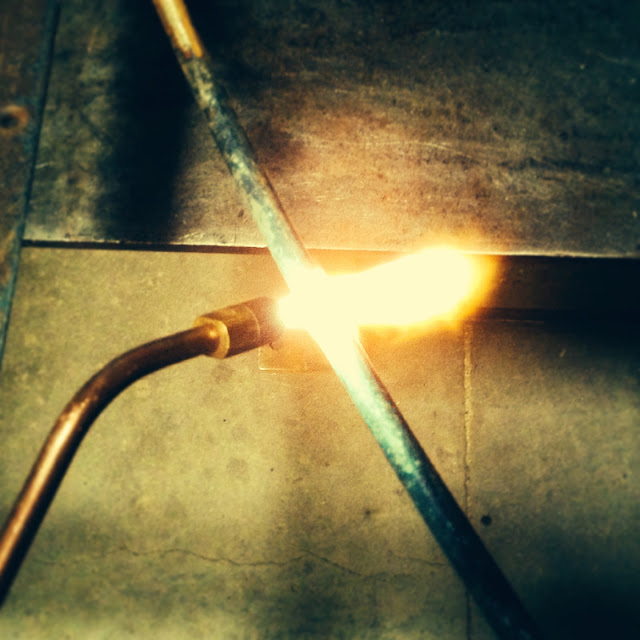 In time, like the ever brightening light of dawn, I have come to a much greater awareness that I am surrounded by the personally propelled possible. The here and now – the idea that if my vehicle isn’t moving, it’s due, most likely, to the fact that my foot is disengaged from the pedal again. I’ve taken my hands off the wheel. I’ve neglected to fill the tank with gas.
Cars weren’t created to simply sit in the driveway, and I don’t think we were created to live like that, either. I, too, want to explore Mexico. And beyond that, Mexico, and the world.
Despite my occasional employment of the term “creative”, as in “so and so’s a creative”; i.e., a person notably marked by creativity (used primarily, and much too narrowly, about the arts) creativity is everyone’s birthright. It’s what we were made for. To connect, to engage, to discover, to build, to sit in the operative, driver’s seat of our own vehicle, at times driving beyond the boundaries of the amorphous envelope of extant culture. To emerge from our cocoons, whether self-created or not.
This isn’t just the job of the Steve Jobs of the world. It’s what you and I can do in our own lives, our own relationships, our own cultures.
Sitting in the author’s chair on this blog, I often think about my readers, some from as far away, according to the stats this week alone, as Portugal, France, Italy, Germany, Spain, Vietnam, Iraq, Brazil, and Colombia.
It’s as if I get up, out of my seat, walk around the dining table, and sit down in your chair, facing my own. To get in your head. What are you thinking, I wonder? Does what I’m writing make any sense to you? Am I setting up the requisite number of cairns – of route-finding markers – to lead you from one thought to the next, or have I, insensitively and selfishly, left you to fumble about in the dark, sans headlamp; to disgustedly puzzle over thoughts vomited onto the page?
This morning, as always, I’ll try to put you in my head, as I did the other day, while speaking with my wife (sometimes, yet, we resort to that). I was trying to articulate the way I was feeling.
I told her it feels like everything is speaking to me these days, and I, to an ever greater degree, am able, myself, to respond. To have a voice. It’s as if I’ve cleaned my prescription glasses to find a clarity previously unknown; details about my world previously unobserved. But I want to discover more. More about the world. More about myself. More about how my own hands, resting now on the keyboard, might not only take from the world but give back. Change the world, in a positive way.
From my half-century observation post, I’ve noted plenty of times that words on a page simply don’t resonate, no matter how many times I read them, until I’m ready to hear them. Or write them. I suppose there’s nothing I can say to change that for any of you this morning, as I sit back down in my chair, look you, my unseen audience member, squarely in the eyes, and address you. Specifically you.
Yes, you. 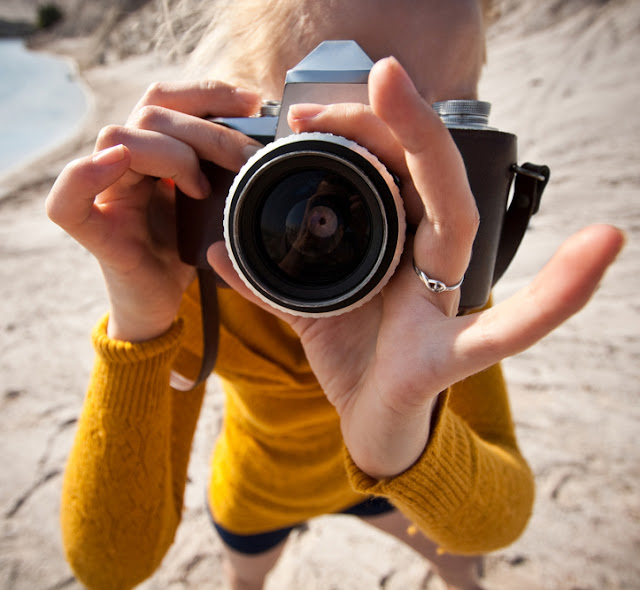 Especially if you’re feeling bored these days, I’ve a short, three question quiz for you to ponder:
1. Are you possibly a “creative”? (Helpful teacher’s note: put an x in the box for “yes”)
2. Have you anything diacritically distinct and purposeful to say, to make?
3. Have you the power to say it?
It’s possible that that’s the most important quiz you’ll ever take in your life.