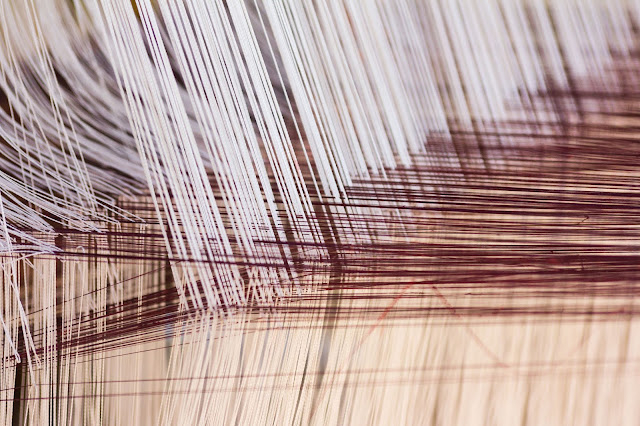 Typecasting. Pigeonholing.
It’s especially and perhaps most notably true of artists – we typically don’t enjoy it when the cross hairs of such blunt and often inaccurate, scattershot weapons are trained on us.
We don’t usually like to be defined. To have assumptions made about either us or about our artistic intentions. We don’t like to be categorized. Labeled. Stamped. Tagged. Misidentified.
Heck, even, at times, accurately identified.
Back when I was chiefly a college ‘shop tech’, I didn’t want to be classified, chiefly, as a college ‘shop tech’.
Today I’d be vexed by the thought that the fruits of my early morning typewriting rendezvous with my MacBook Pro might cause some to view me primarily as a writer.
(Ed. note – no worries there.)
On the other hand, when my editor belittles me, it makes me want to wake him even earlier each morning.
Maybe start a novel.
Speaking of belittling and novels, one of my less novel duties, in the job I used to have as a shop tech, was to assist painting students in building their own painting panels and stretchers. In the ten years I worked at the college, I probably helped to build around 600 stretchers and 1,500 panels.
Once, I advised someone on how many layers of gesso they might want to apply to get a particular amount of ‘tooth’.
As I found out while working for Chuck Close, if you brush on enough layers, lightly sanding in between each, you can end up with a surface as smooth as glass. Anyhow, a day or two later, she told me that a particular professor disagreed with something in my instruction, adding that while I may be a craftsman, I was no painter.
Given the amount of money I was spending on tubes of Cadmium Red, Titanium White, Pthalo Blue, etc., those days, in comparison with the wholesale lack of knowledge the person in question had regarding the art I was or wasn’t doing, never having asked me, I found the statement a bit amusing. 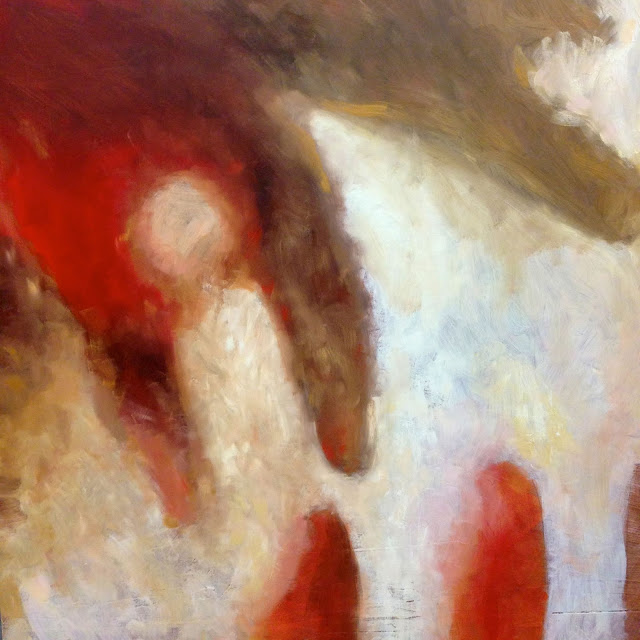 But how would he know about my night shift, creating art with a black beret on (not really), if all he knew about me was that I wore a shop apron by day?
Years ago, I overheard a family member who was assisting me with a big set installation in Fort Collins, Colorado, talk at length with someone else about the reasons I’d abandoned New York and art, way back in the day. The misconceptions were startling and I spent a good deal of our long drive home in the cab of a 24 ft. Penske truck reeducating my captive audience.
Even now, making my living at art, I sometimes bristle at hearing myself being called, “The Hand Guy”, as if I’m unable to create anything else, and, soon, will be creating a public art piece that’ll smack viewers right out of left field.
But why should I be surprised or peeved when I’m miscast thusly?
I mean, I don’t tend to put a whole lot of thought into how I define and categorize others.
Why should my dander go up when my own gander gets goosed?
I have a further revelation that you may find hard to believe: I don’t want to be solely or even primarily id’d as an artist, despite the intentionally art-centric focus I maintain on Instagram and Facebook. In my ‘real life’ – my home life – I rarely talk about art.
Sacrebleu!
(Editor’s note: I needed to fact check that statement, so I asked Andy’s wife what percentage of their conversation revolves around art. She said it all depends on how you define ‘talking about art’. If it includes the work Andy does, she’d say 65%.
Then she asked if I was talking about this particular moment in their life together, when a lot of art-related stuff happens to be going on for both her and Andy, it’d be 90%.
When I asked her to limit the percentage to that which is generally typical, as well as talk specifically about art, she said 30%. Not quite a third of their conversation regards art.
Then she hedged yet further saying even then the real focus of the conversation isn’t primarily art; there’s other stuff woven in; it’s just art-infused. Remove all that, if indeed you can, and, she said, you’re left with “hardly any”.
I grudgingly suppose Andy’s right.)
That has to be a first.
Sacrebleu deux!
And so it goes with this blog, Art Regard, where everything seems to relate to art, and yet oftentimes nothing seems to be said in an intelligible language, unless you’re French.
A bit ago the language I used was ‘in my real life’, as if one’s vocation, let alone their avocation, isn’t also a part of their reality. Of course it is, and, for me and my home life, it’s an important one, too.
I’m glad that the work I did for the college could be largely set aside at 5 pm, and, despite their higher compensation, I feel genuinely sorry for the art and other faculty, for whom, in part due to the rigors of the Block Plan and in part due to other duties and responsibilities, it is much harder to ever truly be off the clock.
Like a friend (not in academia) said to me, he once was so mentally absorbed in a project that it followed him into his dreams, and told the client he really should have charged him a lot more for all the time he’d spent mentally occupied by it.
So while many CC professors live far enough from the school to lose a modicum of the tension in the relative silence of the drive, I was appreciative of the negligible two-block physical separation from work and home. It felt like the ideal distance to do a mental Mr. Rogers, shedding my work concerns like I do my shop apron and ‘lacing up’ my home ones, where I’m primarily defined as dad. And Andy-Roo. (Just kidding – neither Sweetcheeks nor I have pet names for each other.)
As I recounted in my post entitled The Wind Speaks Greek, I think back to the time I once spent with the artist James Surls at his and his wife Charmaine Locke’s beautiful residence in the hills outside of Carbondale, Colorado. During the couple of hours we spent together, we talked in his cavernous studio about art, philosophy, we worked a bit on one of his sculptures, hiked up to his office, chatted with Charmaine, and then, while viewing my work online, he took a call from one of his daughters, who’d just finished a bike race, and proceeded to stay on the phone with her for perhaps a half an hour or more, while I cased Charmaine’s adjoining studio, which was filled with some of James’ most recent sculpture in conjunction with an open house. Everything, it seemed, in his life was blended. It felt wholistic.
Yet there was also separation. His main studio was a beautiful five minute hike from his home. His office was detached from his home in the other direction. Just like my new one is – both separated yet, having just removed the fence between the two yards, more fully integrated as well.
While I’d rather remain detached from a number of typecasting, limiting adjectives, one direction I plan to continue to lean in; one label I wouldn’t mind having applied to my life, is a similarly wholistic, integrated interweaving of “work” and “life”.
The creative life is a tapestry of interwoven threads, and I wouldn’t have it any other way, but there needs to be a sufficient margin on the weft as well – otherwise, things can get a bit warped.