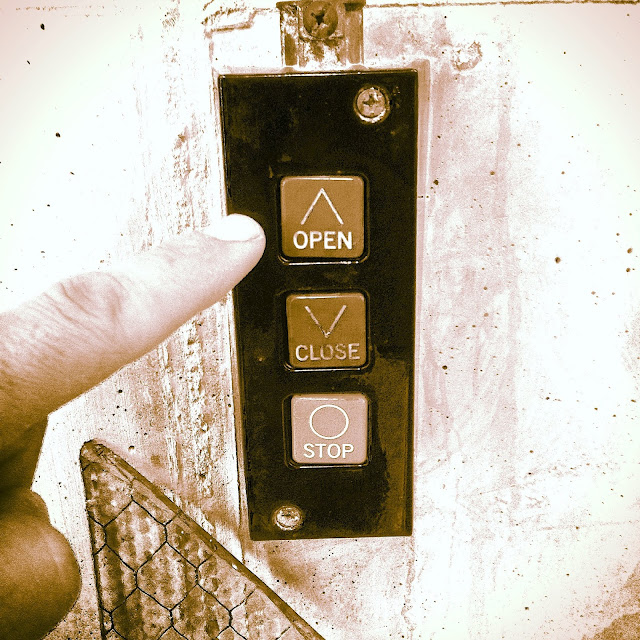 Yesterday’s post ended with a link to a video of John Cleese’s excellent speech regarding how to create the optimal conditions for creativity to thrive. In it, he talks about two mental processes, the “open mode” and the “closed mode”, both of which are necessary for an artist, but of which, achieving the open mode is typically the more difficult. Hence, he posits five things you need to get yourself into the open mode. I highly recommend you watch the app. half hour long talk, delivered in Cleese’s typical, dry, Monty Python manner. Laced liberally with humor, it’s actually quite earnest and informative.

But if you would rather read it, I’ve included the text below. Enjoy.

You know, when Video Arts asked me if I’d like to talk about creativity I said “no problem!” No problem! Because telling people how to be creative is easy.

It’s only being it that’s difficult.

I knew it would be particularly easy for me because I’ve spent the last 25 years watching how various creative people produce their stuff, and being fascinating to see if I could figure out what makes folk, including me, more creative.
What is more, a couple of years ago I got very excited because a friend of mine who runs the psychology department at Sussex University, Brian Bates, showed me some research on creativity done at Berkley in the 70’s by a brilliant psychologist called Donald MacKinnon, which seemed to confirm in the most impressively scientific way all the vague observations and intuitions that I’d had over the years.
The prospect of settling down for quite serious study of creativity for the purpose of tonight’s gossip was delightful. Having spent several weeks on it, I can state categorically that what I have to tell you tonight about how you can all become more creative is a complete waste of time.
So I think it would be much better if I just told jokes instead.
You know the lightbulb jokes? How many Poles does it take to screw in a lightbulb? One to hold the bulb, four to turn the table. How many folksingers does it take to change a lightbulb? Answer: five, one to change the bulb and four to sing about how much better the old one was. How many socialists does it take to change a lightbulb? Answer: We’re not going to change it, we think it works. How many creative art–
The reason why it is futile for me to talk about creativity is that it simply cannot be explained, it’s like Mozart’s music or Van Gogh’s painting or Saddam Hussein’s propaganda. It it literally inexplicable.
Freud, who analyzed practically everything else, repeatedly denied that psychoanalysis could shed any light whatsoever on the mysteries of creativity.
And Brian Bates wrote to me recently “Most of the best research on creativity was done in the 60s and 70s with a quite dramatic drop-off in quantity after then,” largely, I suspect, because researchers began to feel that they had reached the limits of what science could discover about it.
In fact, the only thing from the research that I could tell you about how to be creative is the sort of childhood that you should have had, which is of limited help to you at this point in your lives.
However there is one negative thing that I can say, and it’s “negative” because it is easier to say what creativity isn’t.
A bit like the sculptor who when asked how he had sculpted a very fine elephant, explained that he’d taken a big block of marble and then knocked away all the bits that didn’t look like an elephant.
Now here’s the negative thing: Creativity is not a talent. It is not a talent, it is a way of operating. 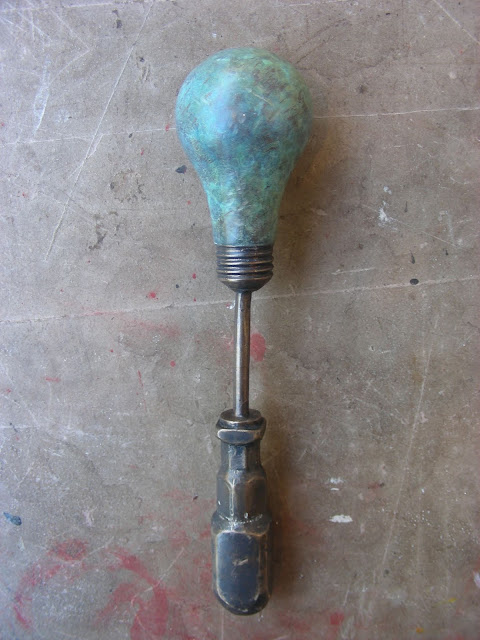 So, how many actors does it take to screw in a lightbulb? Answer: thousands. Only one to do it but thousands to say “I could have done that.” How many Jewish mothers does it take to screw in a lightbulb? Answer: Don’t mind me, I’ll just sit here in the dark, nobody cares about… [mumble] How many surgeons —
You see when I say “a way of operating” what I mean is this: creativity is not an ability that you either have or do not have.
It is, for example, and this may surprise you, absolutely unrelated to IQ, provided that you are intelligent above a certain minimal level, that is,
but MacKinnon showed in investigating scientists, architects, engineers, and writers that those regarded by their peers as “most creative” were in no way whatsoever different in IQ from their less creative colleagues.
So in what way were they different?
MacKinnon showed that the most creative had simply acquired a facility for getting themselves into a particular mood – a “way of operating” – which allowed their natural creativity to function.
In fact, MacKinnon described this particular facility as an ability to play.
Indeed he described the most creative (when in this mood) as being childlike. For they were able to play with ideas… to explore them… not for any immediate practical purpose but just for enjoyment. Play for its own sake.
Now, about this mood.
I’m working at the moment with Dr. Robin Skynner on a successor to our psychiatry book Families and How To Survive Them. We’re comparing the ways in which psychologically healthy families function (the ways in which such families function) with the ways in which the most successful corporations and organizations function.
We’ve become fascinated by the fact that we can usually describe the way in which people function at work in terms of two modes: open and closed.
So what I can just add now is that creativity is not possible in the closed mode.
Ok, so how many American network TV executives does it take to screw in a lightbulb? Answer: Does it have to be a lightbulb? How many doorkee–
Let me explain a little. By the “closed mode” I mean the mode that we are in most of the time when {we are} at work.
We have inside us a feeling that there’s lots to be done and we have to get on with it if we’re going to get through it all.
It’s an active, probably slightly anxious, mode, although the anxiety can be exciting and pleasurable.
It’s a mode which we’re probably a little impatient, if only with ourselves.
It has a little tension in it, not much humor.
It’s a mode in which we’re very purposeful, and it’s a mode in which we can get very stressed and even a bit manic, but not creative. 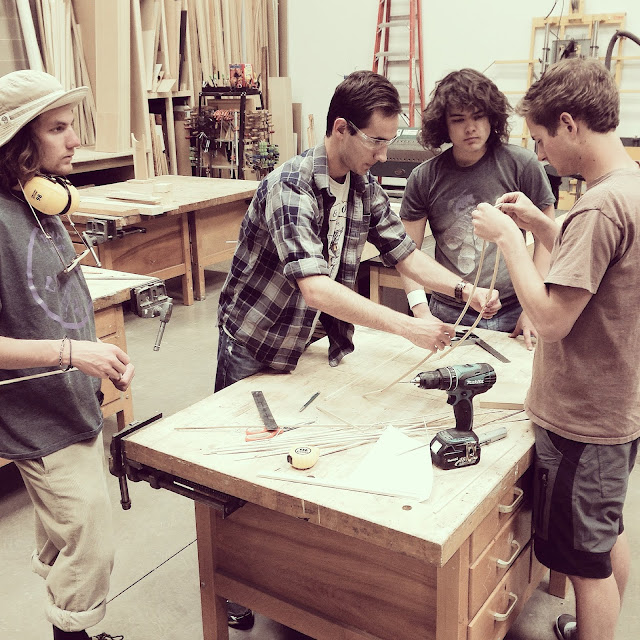 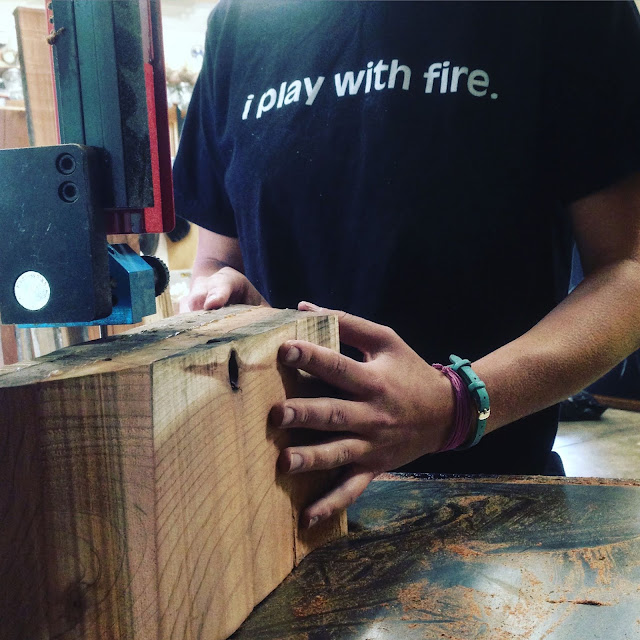 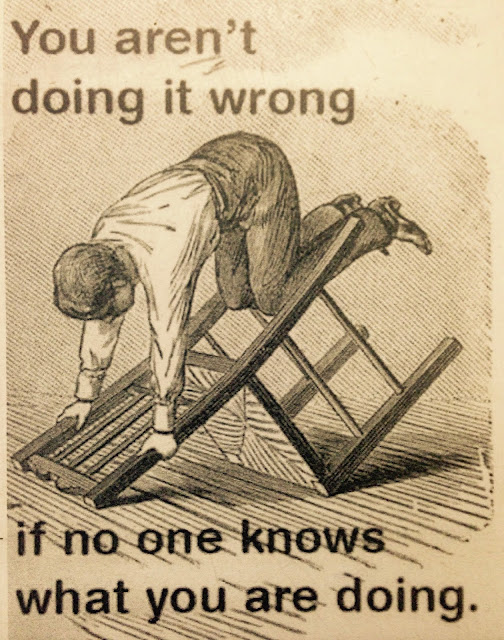 So, to summarize: if you really don’t know how to start, or if you got stuck, start generating random connections, and allow your intuition to tell you if one might lead somewhere interesting.
Well, that really is all I can tell you that won’t help you to be creative.
Everything.
And now, in the two minutes left, I can come to the important part, and that is, how to stop your subordinates [from] becoming creative too, which is the real threat.
Because, believe me no one appreciates better than I do what trouble creative people are. And how they stop decisive, hard-nosed bastards like us from running businesses efficiently.
I mean, we all know, [if] we encourage someone to be creative, the next thing is they’re rocking the boat, coming up with ideas, and asking us questions. Now if we don’t nip this kind of thing in the bud, we’ll have to start justifying our decisions by reasoned argument. And sharing information — the concealment of which gives us considerable advantages in our power struggles.
So, here’s how to stamp out creativity in the rest of the organization and get a bit of respect going.
One: Allow subordinates no humor, it threatens your self-importance and especially your omniscience. Treat all humor as frivolous or subversive.
Because subversive is, of course, what humor will be in your setup, as it’s the only way that people can express their opposition, since, if they express it openly, you’re down on them like a ton of bricks.
So let’s get this clear: blame humor for the resistance that your way of working creates. Then you don’t have to blame your way of working. This is important. And I mean that solemnly. Your dignity is no laughing matter.
Second: keeping ourselves feeling irreplaceable involves cutting everybody else down to size, so don’t miss an opportunity to undermine your employees’ confidence.
A perfect opportunity comes when you’re reviewing work that they’ve done. Use your authority to zero in immediately on all the things you can find wrong. Never never balance the negatives with positives, only criticize, just as your school teachers did.
Always remember: praise makes people uppity.
Third: Demand that people should always be actively doing things. If you catch anyone pondering, accuse them of laziness and/or indecision. This is to starve employees of thinking time because that leads to creativity and insurrection. So demand urgency at all times, use lots of fighting talk and war analogies, and establish a permanent atmosphere of stress, of breathless anxiety, and crisis.
In a phrase: keep that mode closed.
In this way we no-nonsense types can be sure that the tiny, tiny, microscopic quantity of creativity in our organization will all be ours!
But! Let your vigilance slip for one moment, and you could find yourself surrounded by happy, enthusiastic, and creative people whom you might never be able to completely control ever again!
So be careful.
Thank you, and good night. Thank you.

________________________
Ok, so ’nuff said.
However, and you might file this under “You Aren’t Doing It Wrong If No One Knows What You Are Doing”, check out this short video I just uploaded onto YouTube featuring my daughter, Sophie, her husband, Erik, and, toward the end, their friend Ricky, at the oh so beautiful, but, as it turns out, oh so hilarious Lago di Braies, in northern Italy, recently.