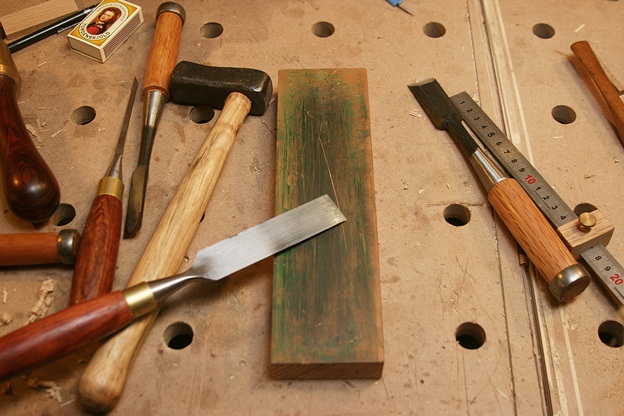 An open letter to a former student:

Julia! So good to hear from you – I think about you a lot as well, wondering how you are. You’re one of the standouts from my years at CC whose presence I miss most. I appreciate the update. Sounds like you’re at one of those crossroads moments in life, maybe.

The moment where you feel like it’s time for the kind of change you’re talking about is similar to birthing a child into the world: first, there is (or should be) a wedding –  only, it’s a wedding of the deliberate and the organic, allowing what one intentionally decides to focus one’s energies on to mix with whatever seems to be blowing in on the wind, falling into your lap at just the right moment. If you neglect the latter, basically trying to kick down the doors, the time may not be right. Neglect the former, and you may not have the ability to capitalize on the doors of possibility that seem to unlock and open of their own volition from time to time.
More concretely, it seems you need to work on your skills, if you haven’t done so in a while. Surely you’ve heard of the 10,000 hour rule? Google it if you haven’t. Malcolm Gladwell’s Outliers is one good source that unpacks the thought. That amount of time might be depressing, but then again it doesn’t take anywhere near that amount of time to be able even to be a self employed creator, depending on if you can find a niche you enjoy and people who want to buy it. A friend of mine, Geoffrey Keating, was doing self-taught (really, book taught) furnituremaking on the side during grad school and people liked his first pieces so much he switched tracks to start his business. Within a relatively short period of time he was being featured on some blogs and, thanks in part to that attention, was making enough of an income to outfit a wood shop and support his then family of two, now four, as well as a coveted work/life balance I think I hear, in your email, that you desire. I should qualify that by saying that while he sells primarily to people on the coasts, he’s lived in South Bend, Indiana and Colorado Springs – two places with much cheaper rent/more elbow room than, say, the Bay Area (is that where you are still?)
If I were you and you want to stay put, I’d basically contact local makers who are doing things in the ballpark of the direction you think you’d like to pursue and ask them if they’d be willing to share their story with you. Invite them out for coffee. Disarm them – don’t grab them by the lapels and beg them to employ you. Just pepper them with questions about how they did it – where they got their skills, etc. At some point, if there’s any possibility at all of your working with or for them, they’ll ask you directly, I’d be willing to bet.
I recall how, years ago, whenever I’d take on some project about which I had no idea even to articulate what I needed, I’d cold call a business in the general, or even not so general ballpark (usually I’d call some business in another area code initially, so I wouldn’t ever have to sheepishly face them in person) and try to explain, haltingly – it was almost like trying to speak another language at times – what I needed. The person on the other end of the line might then respond that I don’t need x, I need y. I might realize that I don’t exactly need y, but y’s closer. Then I’d call up a company that sold y and, using some of the terminology I just learned, have a somewhat more coherent conversation. I’d keep doing this until I could call up exactly (or as exactly as possible) the product or service provider I needed and have a relatively intelligent conversation.
This was all before YouTube, which is another great source to learn a tremendous amount these days.
I think that’s kind of what you need to do, only with your skillset. Work just about anywhere at first – probably for free, so long as you’re learning some skills. Then, with those skills in your tool belt, work somewhere else, more closely honing what you think you’d like to do. Etc. Or, maybe you’ll get lucky and fall into the exact shop or studio you’ll work at for decades, even taking it over from the current owner. The possibilities are endless.
Btw, I kind of took that route, but as with Geoffrey, I primarily learned “on the job”. Also living in the middle of flyover country, I already had the requisite space, a two car garage, to make plenty of things, and basically hung a shingle and was able to make enough of a living to support our growing family from the get go, back in 1998. Many were the times I’d take a project with just an inkling I could pull it off but with neither the required skills or tools/machines. Some of the income from each project went to augment both.
Of course, I also had to rob a bank every now and then…