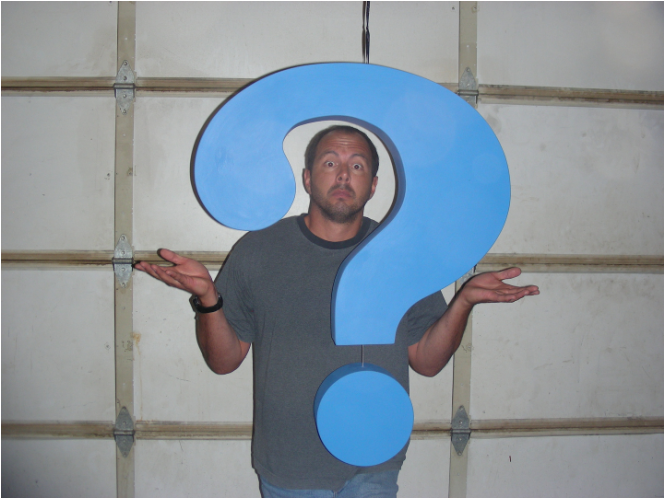 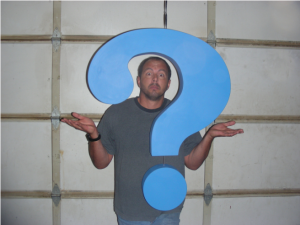 Here’s Andrew Tirado wondering, “How does he do it?”
Here’s one from the way back files.
In fact, this post I was asked to guest write for the Colorado Springs Fine Arts Center during Floyd Tunson’s 2012 – ’13 retrospective there, entitled Floyd D. Tunson: Son of Pop, was what prompted me to begin a blog in the first place.
Floyd Tunson has always been such a creative catalyst in my life, and in the lives of many, many others.
In part, I decided to resurrect this particular post today because, ensconced with other creative work, I don’t have the time to work on anything new on the blog.
In part, my inclusion in Scott Young’s pop art-centric group show in Denver, Colorado’s Dairy Block, KNOCKOUT, which opened last night and will remain open for the month of December, had me recalling Tunson’s similarly-themed exhibit.
And, in part, I’m elated that Tunson and I will be exhibiting together soon. Details soonish to follow.
But for now… 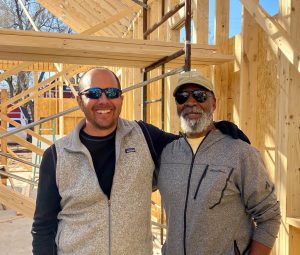 _____________________
Here’s a special guest post by local artist Andrew Tirado. Tirado has worked with giants in the art world, such as Chuck Close, and was a student of Floyd D. Tunson at Palmer High.
Tunson’s prolific artistry used to astound me.

Now it just ticks me off.
I’ve seen the career retrospective, Floyd D. Tunson: Son of Pop, at the FAC three times and plan to make it back for a few more before it comes down. The exhibit is stunning in its depth and its breadth, another show ably curated by Blake Milteer and the museum’s indomitable staff. The work fills the entire second floor of the museum and, seemingly bursting at the seams, overflows in places down to the ground floor. But beyond the ideas, beyond the evident love of color and form and mark making, it clearly whispers to me,
“Catch me if you can.”
And again, that ticks me off. 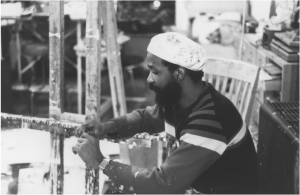 A picture from Tirado’s archives. Floyd D. Tunson was Tirado’s art teacher at Palmer High and thought highly of Tirado’s work, believing he’d be a big New York artist a couple years out of high school.

Any time a student finds a teacher/mentor, it can have a life-long impact, and that’s just the role Tunson has played in my life. Although I had been the prototypical “class artist” since I was a wee lad, I leaned toward a career as a writer both prior to having Tunson as my high school art teacher and then again briefly in college after leaving the gravitational pull of his charismatic presence. In high school, however, as an ever increasing amount of time spent in the art studio would attest, I was primarily focused on art.

I blame Tunson for heavily influencing my then newfound focus, and heck, he’s continued to be just as important to me now: he has been one of the few personal sources of artistic inspiration for me in terms of energy, dedication to his craft, and work ethic for nearly thirty years.

But even such genius has its limits and it’s high time for Tunson to take a long, relaxing siesta. 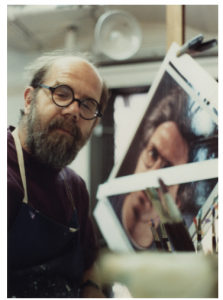 Another photo from Tirado’s archives, from his time as an apprentice for Chuck Close right after Close suffered a spinal artery collapse.
As if his artistic vigor wasn’t already evident in class, it was confirmed when I first stepped into his live/work space. Tunson’s Manitou Springs loft brims with evidence of a vital exertion with color, materials, and ideas, from unfinished canvases large and small, to sculptures and silkscreens, to buckets, boxes, and bins full of fodder for his 2D and 3D creations, to the photo darkroom, with its chemical experimentations, to the throng of paintings and sculptures hanging salon style on walls and ceiling.
Elsewhere, storage rooms are filled with yet more completed work and commonplace materials yet to be transformed into art – seeming endless amounts of both. I visited Tunson and Flo [his wife] recently and noted with disgust that their loft is just as full of work now, during the retrospective, as it was before – still veritably bursting with yet more pieces not on display in the building.

It’s not just physical materials that Tunson salvages, but others’ work that he unabashedly steals. A few years out of college, but well prior to returning to making art myself, I was happily building wood strip canoes, when Tunson visited me as he is wont to do and took an avid interest in their sleek shapes – one of the main reasons I was drawn to making them in the first place. Only, while mine took months to build, Tunson called one short week later and said he’d made two or three boats – what were to eventually coalesce into the profusion of vessels that constitute his Haitian Dream Boats piece at the Fine Arts Center.

How annoying is that? 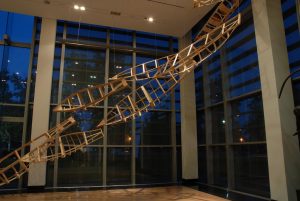 Floyd Tunson’s Haitian Dream Boats. Image courtesy of the artist
Tunson retired from teaching in 2000, and, not surprisingly to those of us who knew just how much he invested in his teaching and his students, experienced an artistic slump that lasted through the fall and into the winter months. One might’ve assumed he’d have been excited to be able to make art without the time and energy constraints that teaching represents, and I’m sure he was. But it can’t have been easy to leave a profession that he had invested so much of himself into for decades.

Unfortunately, by the late winter of the following year, he was back on his game.

And, what’s worse, it seems he’s only going to keep getting better.