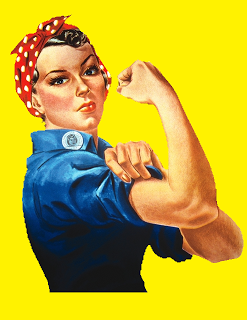 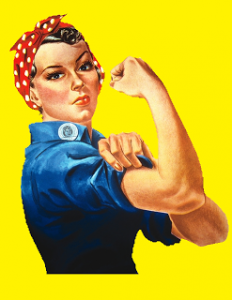 Effort’s the underlying currency of all the world’s currencies. And even of activities wholly unrelated to money. Like what I’m doing right now, writing a blog post totally detached from income. (Or readership, but I digress…)

Why do we find competitive sports compelling – why do we pay big bucks or carve hours out of our day to watch two teams, or two individuals, go at it, especially at the highest levels? Why do advertisers pay big bucks to be viewed during the Super Bowl?
In response to my last question, you might reply “viewership”. Certainly that’s true, but I think companies also desire viewers to make a subconscious mental calculation that goes like this:
Our company = JJ Watt. Or Lance Armstrong. I mean the pre-doping revelations Lance Armstrong. Before we found out that it took somewhat less effort to produce seven Tour de France titles than we’d been led to believe.
Or our brand = whichever teams are battling it out in the World Series.
Besides desiring as many eyes and ears, hearts and minds as possible, advertisers want viewers to associate their brand, to overlay their products, with effort. The message they deliver to our conscious brain may be humorous or serious. It doesn’t really matter, because they know that we viewers can’t help but affiliate their brand with the effort we are there to witness between commercial breaks.
In school, we confer degrees. We give the highest grades for the best work. Why? Because in most cases, the best work involves the greatest effort. In the school where I used to work, there’s a yearly staff meeting where people who’ve worked at the college for five years are acknowledged.  Their images appear on screen and the assembly politely claps. Then they clap for the 10 year folk. Then 15, 20, and so on. As the numbers of folks on screen get smaller, the applause increases. Why? Well, you can’t really parse personality from the equation, but I contend that we’re clapping, at least in part, for the effort we realize it takes to work at a job for decades.
At the same school, certificates are given yearly to staff who’ve been recognized by a certain number of students as mentors. Why? Again I contend that effort’s behind it all – that it takes more effort to befriend and impart to and assist students than it does not to. It takes more effort to go the extra mile and email them an article you think would benefit them, or to take the time to teach them a skill that might open up new avenues in their education.
Why do we bless the hands that made the meal?
Why do we pay more for a meal from a five star restaurant than we do from Taco Bell?
Effort.
We know it took effort to produce that Thanksgiving feast (and, to be sure, that we’d better acknowledge that effort if we’d like it to continue). We know it takes a lot more effort to sustain a high rating than it does to “simply” own a franchise. Sure, the quality of the food and the ambiance and a host of other factors come into play, but I’d argue that behind all of them you’d find some hint of effort. The restaurant hired that Master Sommelier, didn’t they? There are only a few hundred of them in the entire world due to their skill – skill acquired through much effort, skill certified by the passing of the acknowledged most difficult test known to man. Skill that was the result of… effort.
Take ambiance.
It requires more effort to hire an award winning interior designer than it does to have Taco Bell Corp. replicate their standardized look for that tenant refinish because, in part, the interior designer costs more. The materials used cost more. The square footage price of the location costs more.
The interior designer costs more because their work is superior to that of the interior designer fresh out of grad school. They’ve a track record. They’ve won awards. Awards that are bequeathed to work judged to be excellent. Judged to be excellent, I contend, in large measure, because of effort. And the five star rated restaurant is, in part, given that rating to acknowledge the effort that went into even the gaining of the money it took to hire the more expensive interior designer.
Call that intrinsic effort. Vestigial, lingering effort. The lasting echoes of the blood, sweat, tears, and time that can’t be showered off or rubbed off after a good night of sleep. It’s why we pay a doctor $200 to give us a diagnosis that took him or her just a few moments to make. Why? Not because they broke a sweat in the moment. Not because they had to expend considerable mental energy. They didn’t. Not in the moment.
We pay that doctor because of the certificate on their wall and the DDS in front of their name that state that they’ve run the gauntlet. They’ve completed many years of schooling, at a minimum, and after that, more years of a residency. They’ve hit Malcolm Gladwell’s 10,000 hours years ago. They’ve been hired by the medical group out of perhaps hundreds of hopeful aspirants.
Ever the skeptic of my own thoughts, I know we sometimes throw good money after bad. We roll the dice on untested cures. Quack remedies. Risky startups. But we do so hoping we’re among the first to the trough, or we’re desperate and will try just about anything. Or we’ve enough money to gamble on a few long shots. No big deal if we lose. Huge gains if we’re lucky.
And sometimes, despite all the supposed guarantees of an effort-backed sure thing, the rug’s slipped out from under us. The doctor makes a wrong diagnosis. Madoff makes off with our money. Elizabeth Holmes scams us out of what we ourselves produced with our own blood, sweat, and tears.
We are guaranteed few guarantees in life.
Perhaps in coming posts, I’ll direct my focus, my early morning efforts, on art. Contemporary art, to be specific. To answer that age old question about why that all-black painting “that anyone could paint” hangs on the wall of the museum. 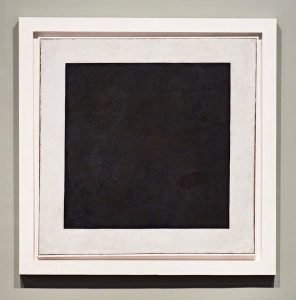 “Black Square”, by Kasimir Malevich
Although I’ve already answered it.
Meanwhile, speaking of painful effort, yesterday, my back went out, and today, a thick blanket of snow lies on the ground outside, with more coming down; a snow day for most school districts here in Colorado Springs.
I think I’ll take a day off.