Earlier that day I attended an artist’s talk by the NY based artist and visiting sculpture prof. Colgate Searle at the Colorado College.

In Colgate’s talk, my main takeaway was that a confidence in one’s skill set rather than a well defined overarching game plan for one’s career is a perfectly acceptable path (assuming you enjoy going where the wind blows). Colgate’s abilities have taken him in a number of disparate directions in his creative life, and he has a confidence that all the knowledge he’s acquired will continue to open doors.

Another takeaway: Colgate said he didn’t know what he’d ever do if he had a lot of money. Then quickly said he’d probably use it to buy time. (Time, I take it, to be able to create more.) 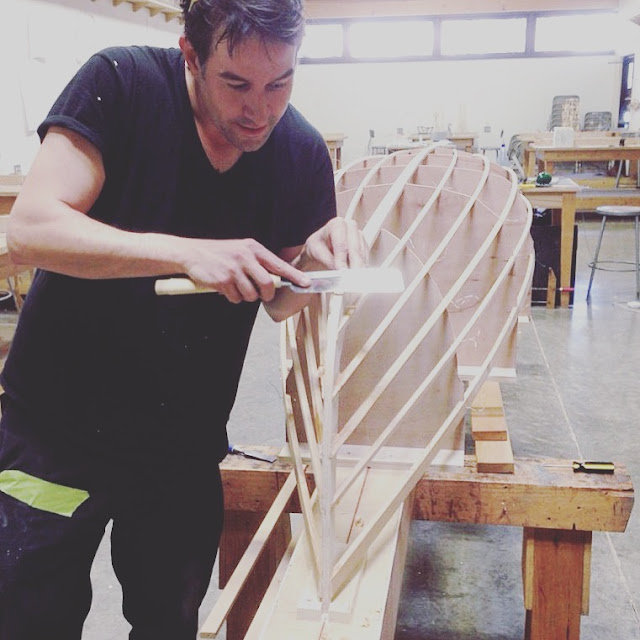 All who watched his talk were surely as impressed as I was with the quality, variety, and volume of his work, as with his ability to articulate concepts. He’s a natural teacher, perhaps thanks to being the son of long time RISD professor Colgate M. Searle, Jr., and I hope his future includes teaching at the college and/or grad school level.

In Luke’s talk, I was again impressed with both his skill and his work ethic. Like Colgate, Luke’s been honing his craft for well over a decade, but it’s only been in recent years that he’s zeroed in on both his personal style and the kind of work he primarily wants to do; children’s books. 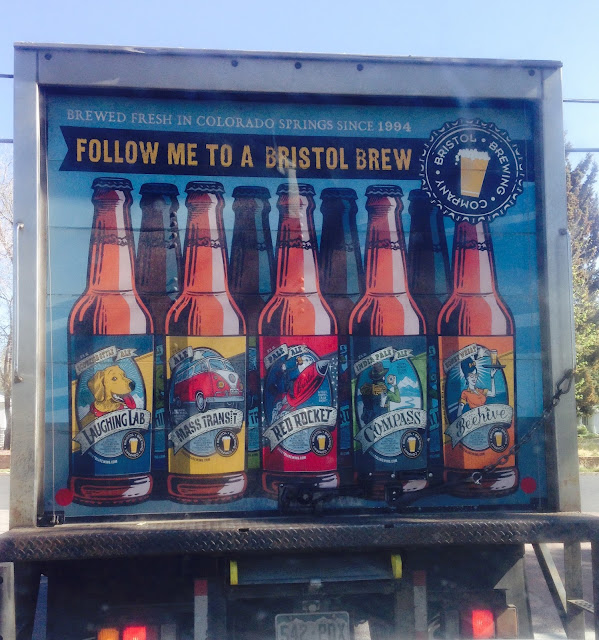 Following Luke’s talk, when the audience asked him questions, I asked him to describe his typical work day, as he’d made mention of how one of the things he had to sacrifice for his career was sleep.

He responded that he typically works an 8 – 5 day, at which point, I thought, “Oh – well, that doesn’t sound like anything out of the ordinary.”

Then he said that, after dinner, and after he and his wife have put the kids to bed and have finished watching another episode of some series, he’ll head back to his work computer and focus on his non-client illustrations from, say, 10 pm until 2 or 3 am. Fueled, in part, by Luke’s career goals, and in part by whichever brand of coffee his wife finds on sale. 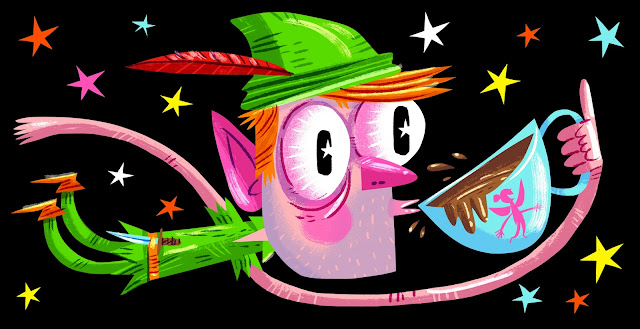 Then he’ll sleep until the kids wake up. Wake up at 6. If anyone thinks Luke’s success is due to talent or luck, that ambitious schedule ought to disavow them of such thoughts.

There were a lot of other things I took from both talks, for instance, Luke’s idea of writing up an “art bucket list”; a list of dreams that one would like to achieve in one’s creative life, as well as a shorter term dream list for each year. Like Colgate, I’ve probably more of a go-where-the-wind-blows personality (drawing from the model in art school doesn’t necessarily teach one about drawing up business models), but I might have to devote some thought to that…

Those were just a few of my takeaways from the recent talks from two skilled guys who’ve put in the time.