Don’t Fence Me In 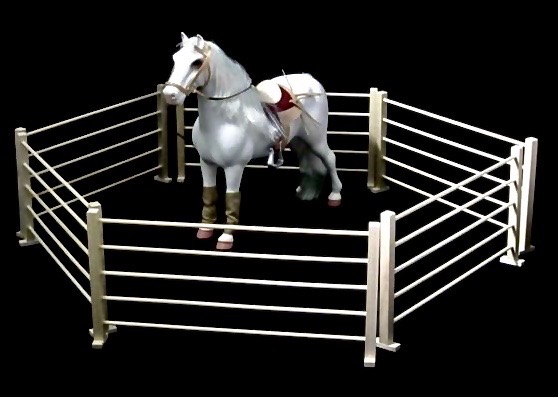 If it feels to you like there’s no real rhyme or reason to the things I choose to write about, you’re right. Other than trying to keep it all under the roof of the subject of art, my motto might as well be “give me space”, which echoes my motto as a sculptor, “give me lots and lots of space.”

Left to my own devices, that tends to be my creative m.o. as well. Perhaps it’s on account of being raised in the American West, where Cole Porter’s 1934 song “Don’t Fence Me In” yet echoes down through time, whispering along with the wind through high mountain pines, bouncing off of canyon walls, and stretching out over vast stretches of plains and desert.

And it’s true for more than just my writing. In the studio, I’d prefer not to be fenced into a creative corner regarding what I choose to create. While it isn’t always possible, I enjoy the ability, times that it is, to turn on a dime and allow the work to go in a completely different direction than conceived.

The m.o. even encompasses the way my new studio is being designed. You’d think, after having worked in my 400 sf. garage-cum-studio for nearly three decades and allowed to start from scratch on the new 1100 sf. one, I would have a very clear look in mind, as well as a well thought through checklist for customized items I desire it to contain. To a degree, I’ve some ideas, but have I actually sat down and worked up a list of, say, the number of electrical outlets I desire, both for 110, 220, and 3-phase, and their locations inside and outside of the space? Nope. Just getting to that nowish.

Why, it happened again just yesterday. I’d gotten up early to make a run to Lowe’s, where I spent well over an hour picking through hundreds of heavy boards to end up with the forty-four 2 x 4 x 12’s and thirty-six 2 x 6 x 16’s that Joe Soulka, my lead framer, had requested of me. 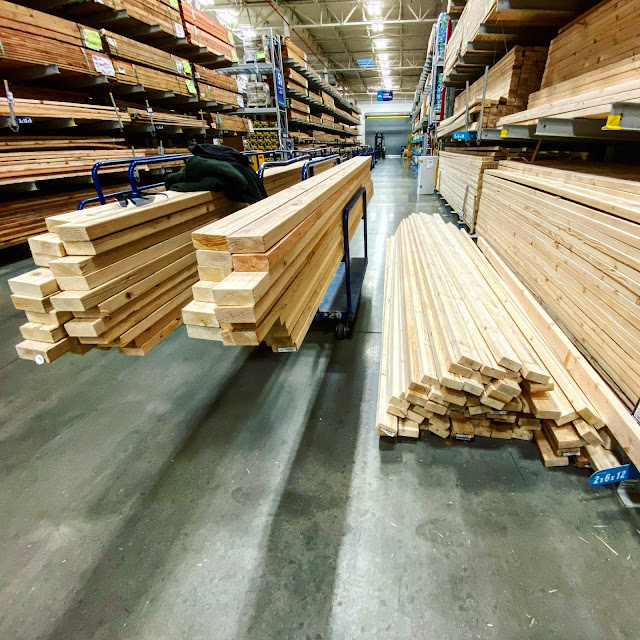 I’d loaded it all onto my flatbed trailer, with the help of a nice Lowe’s employee who grew up in Napa Valley just a few miles from where my wife, Nan, and I were last weekend. I’d delivered it to the work site at around 9 am, and unloaded it all by myself.

Then, I sent Joe the following text: 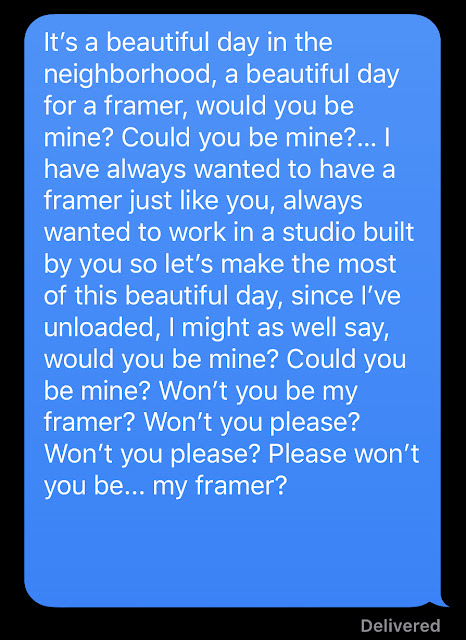 Joe’s built hundreds of structures, but I bet if you asked him, he’d say he hasn’t worked for anyone quite like me before. I’m sure John would second that.

Be that as it may, as if on cue, Joe’s team began to show up, and, well before 10 am, were nearly ready to trim the ends of the studio’s neatly stacked 26 roof trusses.
It was only then, at the last possible moment, that I had the idea: what if we cut off the eaves? You know, the portion of the roof where the rain falls either to the ground or into the gutters (spilling over the sides of the gutters, as they’re clogged with leaves, to the ground)?
Here, I’ll show you: 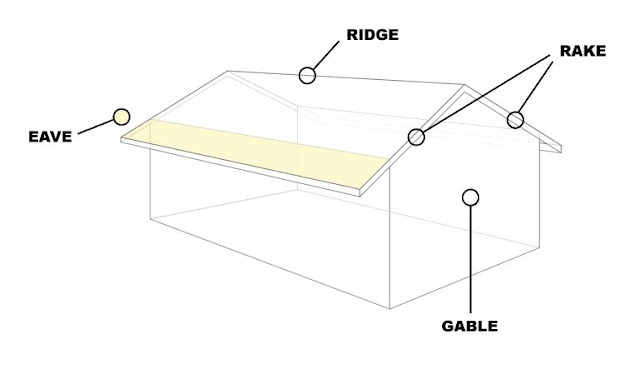 I talked it over with John Hockman, the building’s primary designer as well as its structural engineer, and he didn’t have a problem with it, so long as I don’t mind rain coursing down the side of the structure (which will have standing seam roofing as well as siding; basically, the exterior is all roof, with a few reclaimed wood accents).
I don’t mind. At least, in theory.
We asked Joe, who was still working at his home office at the time, trying hard to secure a crane to lift the trusses into place. (B.t.w., no go, hence the roof will go on next Saturday, weather permitting.) He, too, gave me the green light. He asked me about the roof’s rakes over the gable ends – did I want to do the same there? I said I thought I did.
Then I went online and found a few examples of structures with a somewhat similar look. Here’s just about the closest one I can find to what my studio should look like: 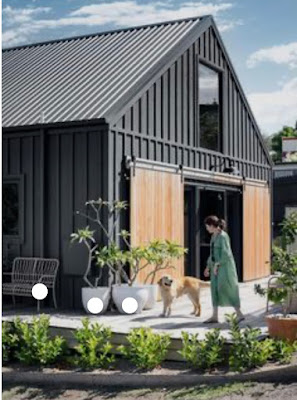 Only, in coloration, mine will have weathered, rustic standing seam on the roof proper: 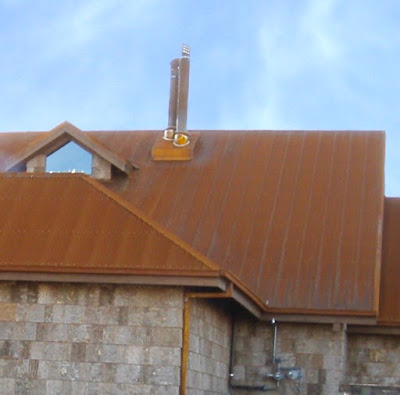 Also, the siding, while black, will look more like this: 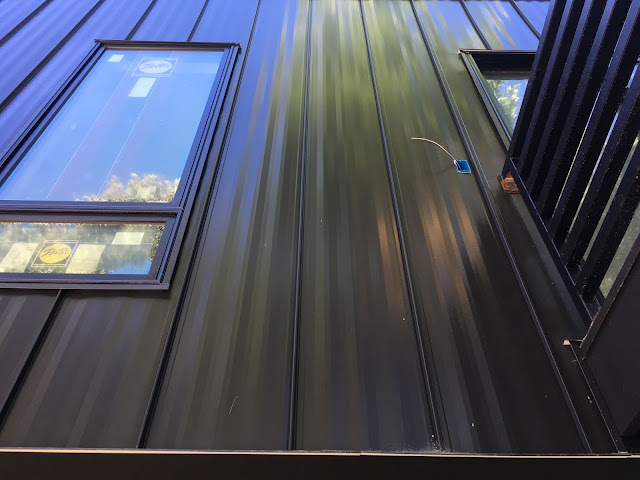