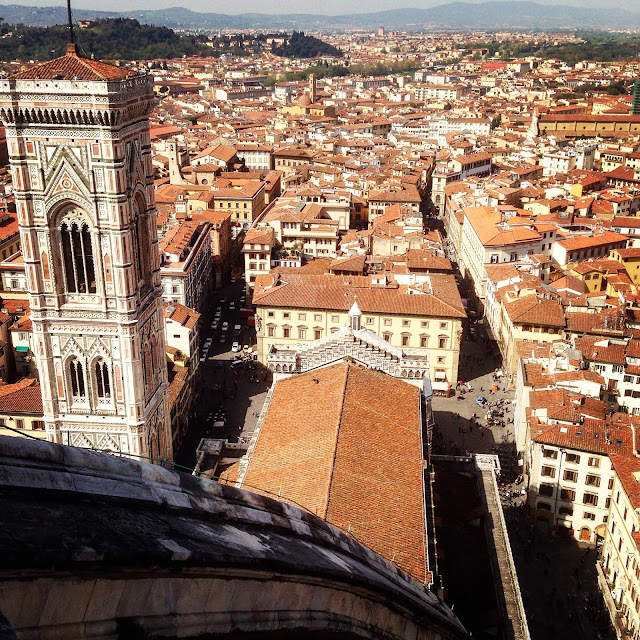 “But wisdom is vindicated by all her children” – Luke 7:35

As news of my imminent departure from the Colorado College spread back in 2016, it began to take on the humorous game of “Telephone”, where your initial message, delivered into the ear of your neighbor, gets less and less accurate as it’s passed down the line from person to person. Right around that time, my then colleague Heather Oelklaus told me she overheard one student say to another, “Did you hear Andy’s retiring? He’s worked at the college for twenty-five years.”

Thing is, one has to be fifty-five years old with a decade of service to officially retire at the school, and I was eight years too young for that.

Also, I’d “only” been on the clock for just over a decade.

However, in one sense the student had underestimated the length of time I’ve darkened the Packard Hall studios’ doors: I began working at the school, for a few weeks each summer at least, way, way back in 1988, as a staff member for the Marie Walsh Sharpe Art Foundation’s Summer Seminar for talented high school-aged artists, a highly-regarded national program that made use of CC’s facilities.
I was just scrolling through photos this morning and found one I did while on staff in 1994, when I was a studio assistant for a fortnight for the late, wonderful artist Luis Jimenez. 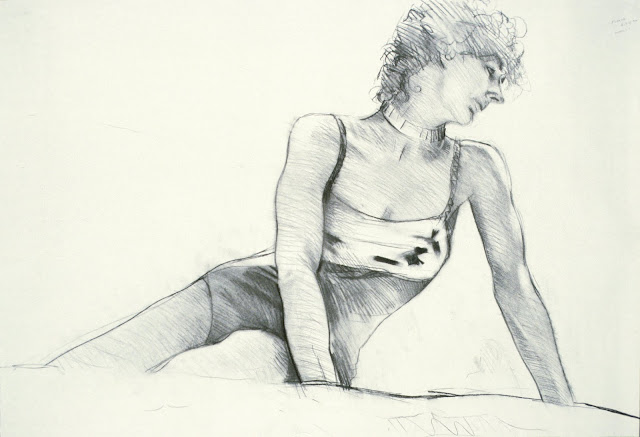 I recall Luis encouraging me to start making art again, even saying he would like to have a two-person show with me. It should have been heady stuff for a 20-something, however, and don’t ask me why, it wasn’t enough to move the needle and get me into the studio.
Wasted opportunities be gone!
Other times, one must carefully weigh competing opportunities, competing visions for one’s future, and perhaps also the future of one’s family.
I think back to 2016, just after departing from CC, when I found myself standing atop the massive dome of Il Duomo di Firenze, the Florence Cathedral, in achingly beautiful Firenze, Italy – the city we in the West usually call Florence. (Firenze’s better.)
To get to the top of the duomo, with its gorgeous, panoramic views of the city, you must hike a variety of close-set stone staircases. For the first few floors of the climb, the staircase is circular, twisting clockwise ever higher and higher. And the higher you go, the more closed-in you get, both to the walls and to your fellow sightseers. The experience is something I wouldn’t recommend for anyone with claustrophobia.
The current moment feels like I’ve circled round to a place I’ve been perhaps a number of times before in life, and yet, new ground has been gained, affording me greater perspective.
It feels the most similar to one my wife, Nan, and I experienced in September of 1998, after she resigned from her full time position at the same art foundation I mentioned earlier, a job she’d held for eleven years.
That period has been recounted in greater detail on this blog already, but in short, though we’d scheduled her last day on the job, September 15, many months prior, and I’d looked into a number of viable alternatives for keeping our family financially afloat once we’d unmoored, I’d done so in vain, and September 16 of ’98 dawned as it had for the past seven months: without any visible prospects for what I might do to create an income sufficient to replace hers.
However, as we both clearly recall, despite having next to nothing in the bank, neither of us were worried. It was as if we were free falling, yet happily toasting our decision to step off and away from a sure thing, seemingly oblivious of the hard realities quickly, and surely, rushing up to meet us. Still more incredibly, mere hours later that very day, September 16, 1998, we landed gently; as my wife began her “employment” as a full time housewife, something she’d deeply desired to do since having our first of then three children about seven years prior, and I dropped into a fascinatingly varied line of work as a self-employed custom props maker.
and we’ve been clinking glasses on our tough but ultimately necessary decision to jump into the void ever since.
No doubt that serendipitous outcome – the opportunities that her departure from the art foundation and running a highly respected national program (Nan ran the Summer Seminar Program for the foundation) contributed to the more recent decision to step away from my comfortable Colorado College employment.
So what does any of that have to do with the current moment?
I’m thinking about departure this morning.
How so?
Soon, I’ll be announcing the public art project I’ve been commissioned to make. It’s definitely a departure for me, in a variety of ways. Like Nan’s leaving her stable and highly rewarding job in 1998, and my doing the same in 2016, I’ll be making a substantial change from the kind of art I’m known for.
Only, not a permanent one.
Already, I imagine critics of the departure lining up, like they will for anyone desiring substantial change. Some will find it foolish. But to quote the wisest man of all, wisdom is vindicated by all her children.
That’ll literally be the case, later today, when all five of our children, and three of their spouses, will descend on our home for a belated birthday bash for yours truly, who turned fifty-one on November 14. Great kids, all of them.
But circling back to the spiraling staircase of the duomo, at last, on top, one steps out onto the roof and is able to take in the glorious sight of the “Athens of the Middle Ages”.
As I literally did so, in 2016, snapping today’s cover photo, I was again contemplating departure. I wanted to jump. But not from the dome. This time, it would be from the project I, and two CC students, had come to Italy to assist with; an exhibit for the Venice Biennale of Architecture.

As with the other departures mentioned, this one, close on the heels of leaving CC, was so, so tough to make. We still believed in the mission. We just didn’t find the method viable. My personal hopes for the water collecting and harvesting project were dropping like dominoes, and, as they say, every drop counts.
As does every dollar. I’m GC’ing the build of my new art studio, and later today, will be picking up around sixty sheets of OSB at Lowe’s for my framers to line the now insulated interior of the space. While they’re applying the OSB, I plan to set up a laser line at around 16′ off the ground and begin attaching steel brackets onto the trusses. Next week, I’ll hang the I-beams that Glaser Steel is preparing for me from the brackets and, later this month, once the building has power, the beams will be welded to the brackets in advance of attaching a bridge beam and chain hoists.
It thusly feels like I have, at long, long last, reached the doorstep of a place I’ve desired to enter for quite some time now:
The studio. My studio. A space thoughtfully designed for the work I do, and hope to do.
A full time artist’s studio, but not one like the dense workspace of Luigi Mecocci, the older carver-restorer whose studio I discovered as I meandered through the cobbled streets of Firenze in 2016. 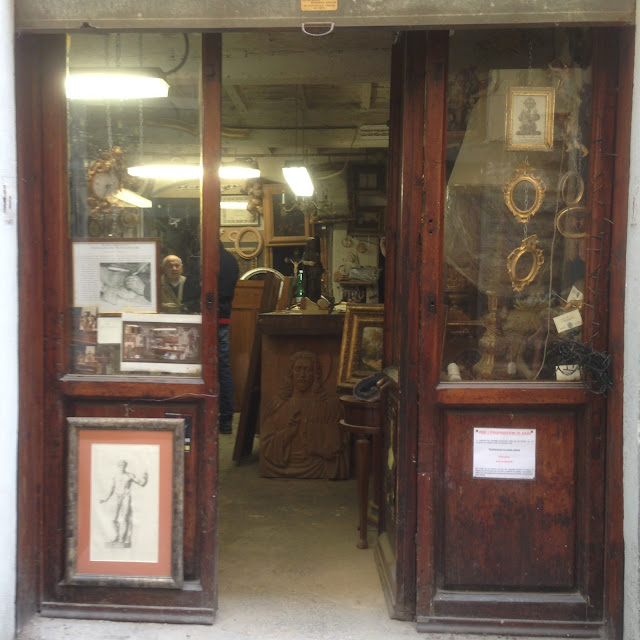 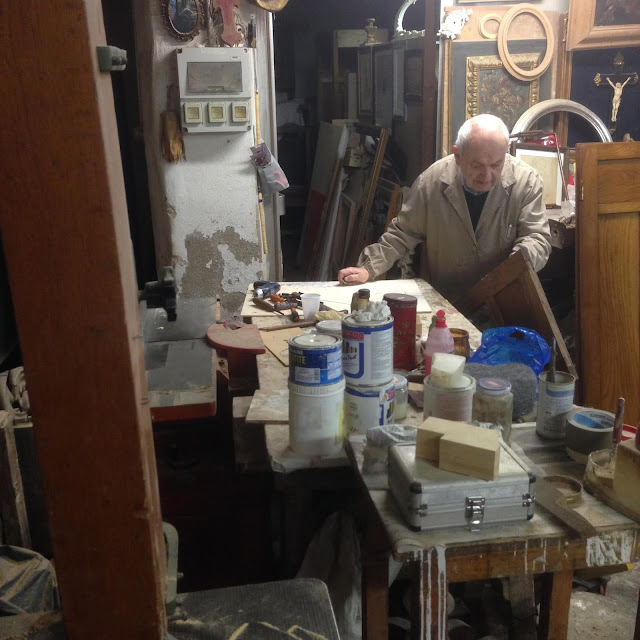 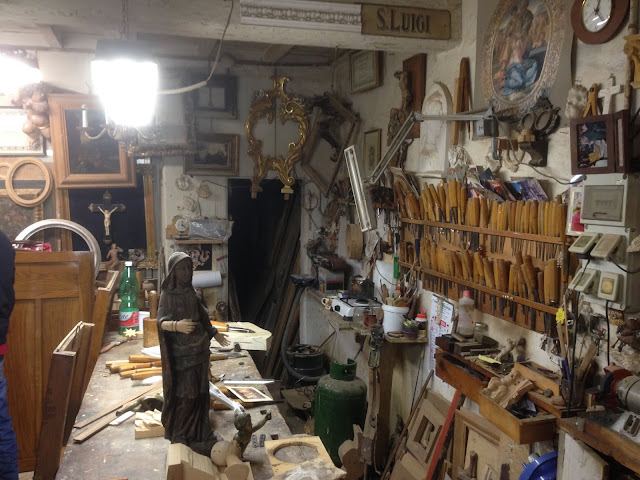 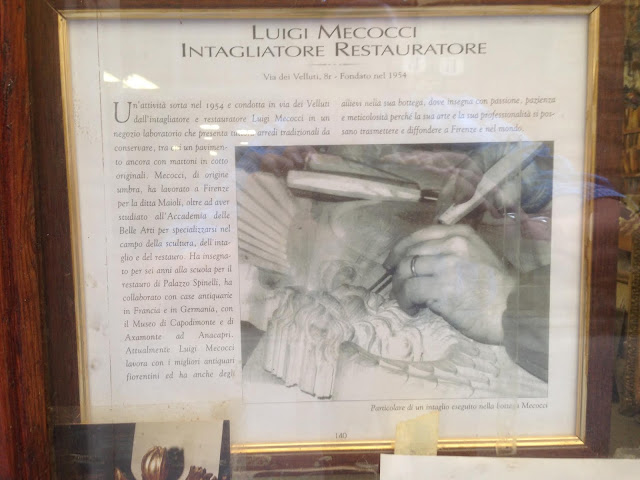 Not the college-provided shared studio space I used for years, when I had the time and energy to do so. 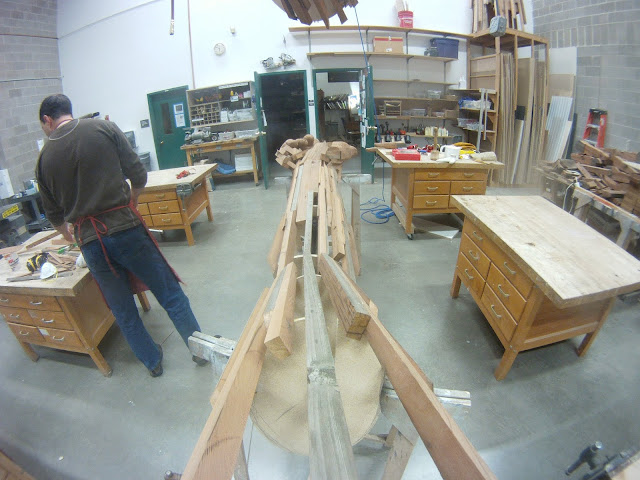 And not the often cramped, underpowered, home-based studio space I occupied for nearly 30 years. 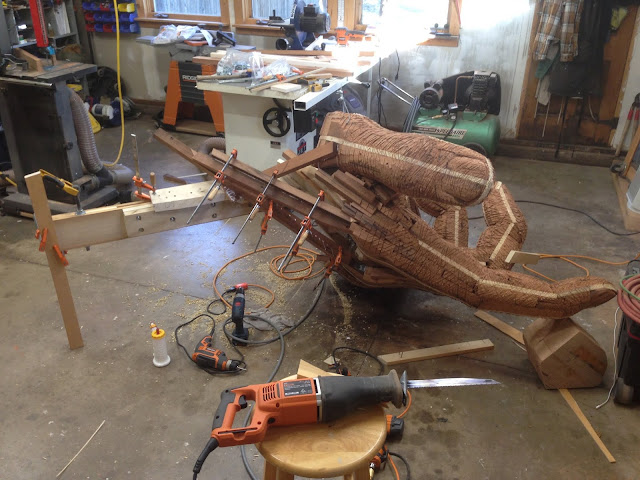 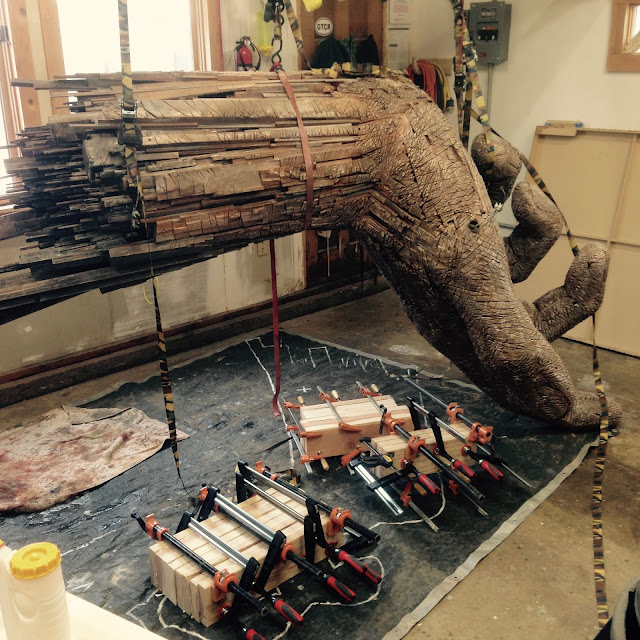 My new studio. A veritable lignum vitae for me and my family. 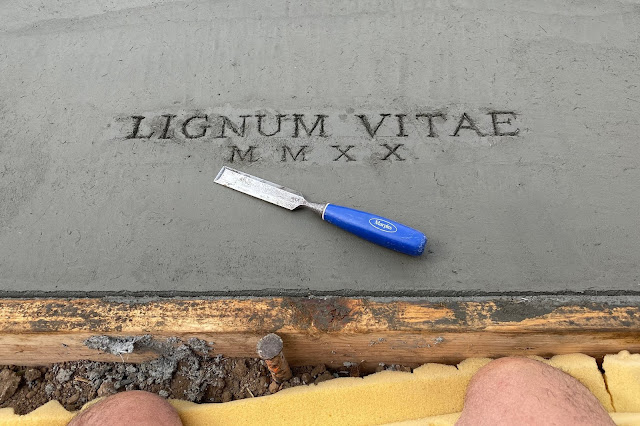 How wonderful, and how unpredictable, just a few short years ago, when art at long last reemerged in my life.
One other thing will be occurring with a greater frequency due to the public art project, which is based in Tulsa, Oklahoma. The number of emails I’ll need coordinate with departure and arrival flight times.
As I depart this online medium today, I’ll underline the read-between-the-lines message I’ve made mention of via the photo I took of a fashion advertisement in the airport in Rome on March 10, 2016, at the outset of my first month-long experience in Italy. 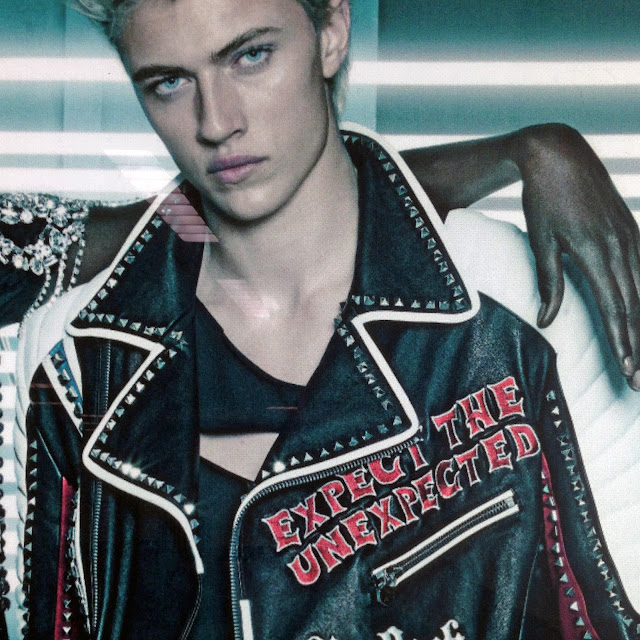