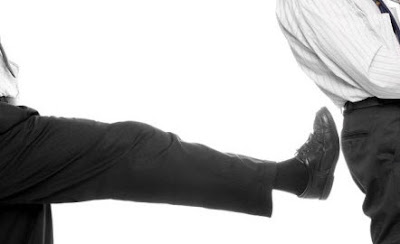 The other day, a dear friend, collector, and artist shared a post that said, “I’d rather look back at my life and say, ‘I can’t believe I did that’, instead of saying, ‘I wish I’d done that.’ “

There’s a video on YouTube where one of my favorite authors, James Alfred Wight, a.k.a. James Herriot, author of a number of bestselling, semi-autobiographical books about his life as a country vet in Yorkshire, England, described the kick in the seat of the pants he received from his wife to begin writing, at the age of 50. That’s right – 50.

My mom, an excellent yet unpublished writer herself, introduced me to the books of the late author decades ago. Born and raised in Scotland, he got his first job in rural Yorkshire fresh out of veterinary school and, falling in love with the country moors, the lifestyle, the people, a certain girl, and, of course the animals, never left, and his books primarily describe the period of time when he was just entering the field, between the two world wars. That era coincided with a sea change in both veterinary knowledge (when penicillin, for instance, had just been discovered) as well as was the tail end, as it were, of the predominance of draft horses, when many vets, along with a host of others whose livelihoods had depended on treating horses, cows, sheep, etc., were, due in part to the advent of the motor carriage, forced to convert to “small animal” work – dogs and cats and the like.

I know of no better writer than James Herriot, and my paperback copies of his books are well worn – in fact, a few are jacketless at this point. His short stories are so well-woven – full of charming characters (both human and animal) and descriptions of his life and humor, sadness, hope and love – that it’s amazing that he never even picked up a pen until his fifth decade, and that it was never more than a sideline until he passed away. Despite selling multiple millions of books, he never stopped being an unpretentious small town country vet living an unassuming life with his wife. Speaking of whom, were it not for her “encouragement” at a couple of key moments, the first of which I’ll recount today, leaving the other for another time, his genius likely would never seen the light of day.

Interviewer: “How did you actually begin to write?”
Wight (at the age of 60, still with his original Scottish accent and wry, boyish smile):

“Well, the catalyst was my wife without a doubt, you know. She told me one day, when we were sitting over lunch and I was telling her about some funny incident and I said, as I said on innumerable occasions before, ‘I’ll put that in my book one day.’ She said, ‘You’re never going to write a book’, you see. And I was aghast at this, you see (chuckles). I couldn’t understand her being so unreasonable, you know. So I said, ‘What do you mean?’ And she said, ‘Well, you’ve been telling me for twenty five years now – we had a silver wedding last week – she says, ‘You’ll never write a book.’ I said, ‘Why?’ She said, ‘People who are fifty – particularly old country vets at fifty – don’t start suddenly writing books.’

And I was fifty years old actually before I seized the pen and started. That would have gone on and on just a little dream, and after all, so many of us are going to write a book. Ever since I’ve started, everybody I’ve ever met are going to write a book but I actually got my kick in the pants that set me off. Ah, I feel it’s an unfortunate commentary on my personality that I must be a procrastinating type… it’s a wonder that I ever got around to it…”
At first blush, you may think that Wight’s wife’s kick in the seat of the pants would have discouraged him; might have caused him to keep his treasure trove of stories locked in the vault of his mind. It might even seem like a cutting remark, the way it’s written. But read his books, then watch the video, and you’ll get a much better sense for the kind of marriage they had and realize, as I did, that after decades of living together, she knew how best to spur him on. That it wasn’t delivered out of contempt. No, quite the opposite.
Sometimes what looks, at surface level, like negativity can be positively game changing.
It was when I was in my mid-forties when I finally, after twenty-three years of similar procrastinating, finally began to make art in earnest, not just talk about how I thought that it might happen sometime in the future.
A full-time artist as of 2016, back in the spring of this year I was de-installing a large, 7′ x 7′ drawing on panel at a nearby college and the curator of the school’s gallery said she’d just seen my good friend and mentor Floyd Tunson across the street at Lowe’s. I rang him up, told him where I was and what I was doing, and, unbidden, he said he’d be right over to help. 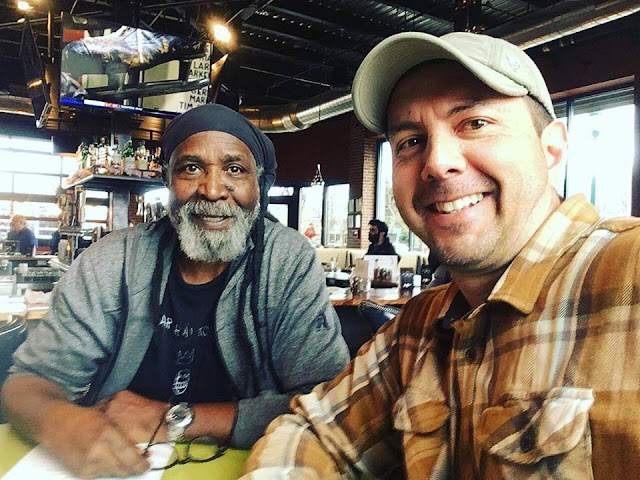 After showing up and helping me maneuver my piece out the door and into the back of my truck, he listened to me as I whined about why I thought I shouldn’t apply for a public art commission out of state I was mulling.
Now, I’ve applied for many public art commissions – perhaps thirty or forty – and even the initial stages of the process can make my eyes roll back in their sockets. The process typically involves having to compile one’s CV and/or resumé, which usually means updating them first. You have to choose which photos of your previous work to include as examples. Oftentimes you’re asked to include your concept for the particular project. References. Depending on if it’s a request for qualifications – an RFQ – or the more involved request for proposals, an RFP, you may even be required to spend some time and money developing a proposal for the initial go ’round – money out of pocket that you’ve no guarantee will pay off.
RFQ’s are much more preferable as the first step, and frankly, fairer for artists, as they don’t require nearly as much time from applicants whose work may not be of interest to the selection committee, but either way, whether it’s an RFQ or the more exacting RFP, I don’t know many artists who get into this line of work because of an overwhelming desire to sit at the laptop at the dining table for hours on end, time and time again, competing against who knows how many others.

Even if you’re then selected for a second round, you’re not in the clear. Now you really have to develop your concept, and that doesn’t come naturally or effortlessly for me. Just ask my wife, who told me years ago I could call my business, times I’m designing from scratch, “Black Funk Designs”. I’ve come close to getting a public art commission before, just missing the prize, and it’s left me with a smidge of PTSD.
So at the time of Tunson’s visiting me, I thought I was understandably reticent to give it the ol’ college try. Maybe public art projects just weren’t my thing? Maybe I ought to focus on the more self-directed work that had been my mainstay, and leave the public art arena to others??
Tunson would have none of it. While he didn’t use Wight’s wife’s tactic, he did give me a bit of a verbal tongue lashing, telling me that of course I would apply and that I would win the project. It was rather similar to that scene in the Incredibles when Edna Mode chastised a fearful Elastigirl with, “Go! Confront the problem! Fight! Win!”
Long story short, and despite getting a very sincere, yet joking, “Don’t!” from another friend who has done some public art projects, it was just the encouragement I needed.

I’m not always on the receiving end, by the way. Why, just the other day, at our son Will and daughter-in-law Hannah’s wedding, I heard that one of Will’s groomsmen liked one of Hannah’s bridesmaids. I delivered a short, sharpish command to him that very day. “What are you waiting for? Luck favors the bold.” (Perhaps I was also encouraging myself, as I was about to fly out of state and stand in front of a selection committee to pitch my public art proposal.) He claims it was just the encouragement to ask her on a date the following week. They’re an item. Boom. Well done, grasshopper.
I’m not sure what your situation is, but I just know – I feel it – there are others of you out there who fall into the same boat. Like Alf Wight, country vet, your identity seems set for life. And yet, you have this as-of-yet unrealized, God-given potential in some as of yet unexplored arena – an arena that perhaps seems gated by cold, heavy, locked iron bars. Like me and like Wight, whether just to yourself or out loud to others, you’ve uttered, “I’m going to (fill in the blank)… one day.”
Or, like me, you’ve poo pooed the idea with a, “Naw, that’s not my thing.” You’ve decided to limit yourself in some way, disparaging some kind of work (and perhaps others who are giving it a go) in order to make yourself feel better about walking away from it. Justifying its irrelevance. Giving yourself a pass because it’s just too whatever. Dangerous. Foolish. Expensive. Beneath you. Whatever.
Well, perhaps. I don’t know the particulars of your situation. I do agree, nearly always, that whether you say it can be done or say it can’t be done, you’re correct. But maybe, just maybe, all you need is a Floyd Tunson, or a “wife of Wight”, in your life. Someone to give you a well-timed kick in the seat of the pants.

If that’s you, consider yourself kicked.