Today’s post is the third in a series that began here.

As I resumed my sanding in the studio, I recalled a conversation I’d had with a college student just the day prior. She’d entered the shop quite upset, having just had what she called a “bad critique”, and wondering if she should give art up altogether. The details of the conversation are vague, but commiserating, I’d mentioned a time in my life when I’d felt similarly, though for different reasons. I realized that morning that our talk the day prior about whether or not she should pursue an art career included a reference to a frequent haunt of mine when I was around her age. 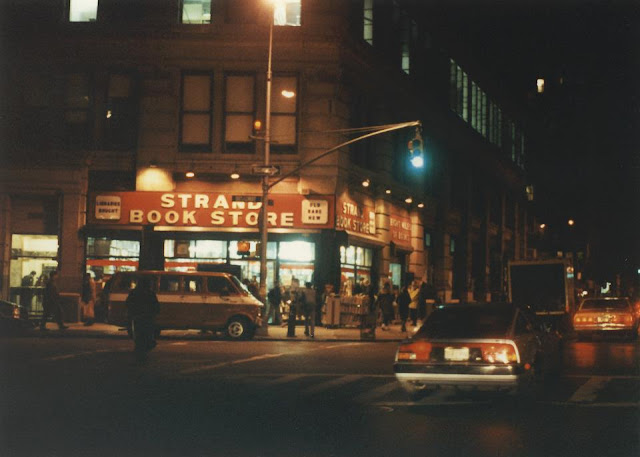 Not that I knew anything about having an art career at this stage of my life. In my mid-forties, I was well past the point where anyone, including myself, would expect one out of me anymore. There was a time, long ago, when those expectations were rife.

If any such thing were to occur, it would’ve been then, when I was in the perfect place, position, and at the perfect age to begin to establish one.

From August, 1989 until March, 1991, I was an artist’s assistant in New York, living and working in Manhattan.

My employer at the time was one of less than a handful of artists included in the yearly 100 most influential people in the arts edition of Art in America. One who was doing everything possible to assist me in every way possible along those lines, including giving me space in his studio to paint and who was frankly annoyed at my evident lack of drive in that arena.

I was rubbing shoulders with all the right people; other blue chip artists, gallery and museum directors, collectors, etc. A conversation with Arne Glimcher, Director of my employer’s gallery, Pace, while viewing one of my paintings in progress: Where do you show your work? Nowhere? Really? But I know I’ve seen it somewhere. Later, passed through Chuck, he’d recalled he’d seen something similar recently at Lucas Samaras’ studio.

Over and over, New York was displaying its willingness to embrace me and my artistic ambitions, yet there I stood, arms slack at my sides, unwilling to grasp hold of the notion myself. It’s as if I’d taken fellow Manhattan dweller Woody Allen’s quote to heart: “I’d never join a club that would allow a person like me to be a member.”

Call it lack of ambition. Call it a fear of success, a fear of failure. Call it overstimulation. Maybe I was too young. Maybe I didn’t realize the gift I’d been given. Call it what you want, the end result was that I had definitely let go of my jejune dreams of being an artist.

At this point, nearly two and a half decades later, the only thing that was definite was that the moment I had jettisoned any hopes of an art career – searching for something, anything else to do with my hands – coincided with the day, as I’d just told a student hours prior, that I’d slipped a book on building wood strip canoes off of a shelf in The Strand Bookstore.