Art of the Title 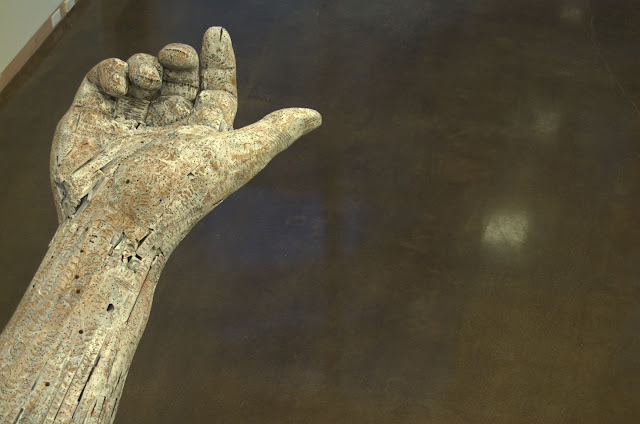 Well, I did it.  I titled my first finished sculpture, completed late in 2012.  It wasn’t any easier than naming a child, and what added to the difficulty was the fact that, unlike a child, one needn’t name their artwork.  My wife and I usually didn’t “title” our kids right away – I think one may have taken a week and a half after birth – but leaving a kid unnamed isn’t really an option.  Not even one Prince’s mother considered, I bet.  But it is a prerogative for art and so, for a good long while, I mulled over leaving the piece untitled. After all, my approach to titling this first piece had implications for all the ones that followed. Maybe I should keep it simple.
Another option was to call it “No. 1”, to be followed, hopefully, by no.’s 2, 3, 4, etc.  This, like “Untitled”, would have satisfied one of the competing points of view which felt that a piece’s title shouldn’t affect the viewer’s thoughts about a work one way or the other.  It would make titling the work a piece of cake.  It would also help me, down the line, recall the order in which the work was completed.
Neither of these options were ultimately that compelling.  Yet there were still many, many options left for me to sort out.  The title could be flat-footed, dry, and to-the-point – descriptive of the work but not adding anything more, such as titling a painting of a sunset in the desert “Desert Sunset”.  It could point the viewer to a meaning in the work that would otherwise remain hidden.  It could be a line of poetry.  Or how about Ingrid Calame’s occasional approach – titling her work according to the sounds her pet parakeet was making at the time the work was made, such as “Vu-eyp? Vu-eyp? Vueyp? Vu-eyp?”  The most common sound in the studio, using this approach, might be “Cough Cough Sniffle Cough”.  Rejected.
I found, over time, that most of my possible titles had one thing in common: while they in some way described the work, they were mainly chosen with the viewer of the work in mind.  That is, I would try to put myself in the shoes of the viewer (of the piece, sure, but more to the point the viewer of the title).  The potential titles’ raisons d’etre, in other words, were more for and about the viewer than the piece itself.  None stuck.
As so often happens with the work itself, the title manifested when I was mentally engaged yet not imposing my own will and desire on it.  Unlike the other possibilities, the title was not “for the viewer” per se, but in a kind of tautological way, like the work itself, was for itself, if that makes any sense.  Like my daughter Sophie, whose name becomes her and who simply is her name, the title of the first serious piece I have made in a good long while references itself in a physical, concrete, and obvious way, yet also speaks to its place and purpose in time.  It is a signpost – a cairn – a reminder for me of what it means to me.  More than that – what it is.