Angela Eastman: A Method of Traveling 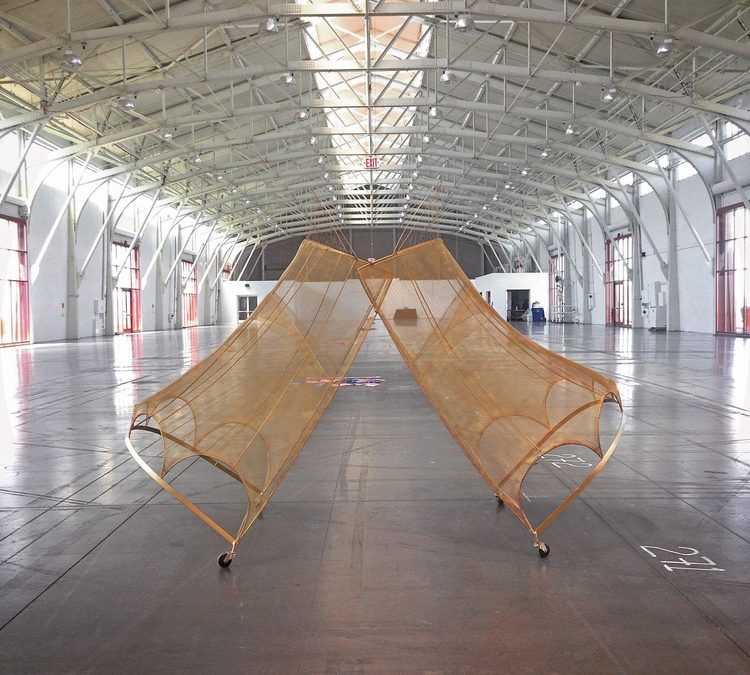 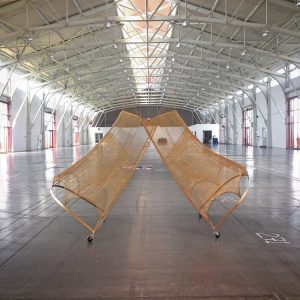 An interactive sculpture presented at Fort Mason Center in San Francisco and at Rejuvenation in Portland in July, 2015, as part of the Renegade Craft Fair, the Traveling Queen is a whimsical piece designed to encourage playful interaction with the surrounding environment while providing a special place for an individual. Photo courtesy Angela Eastman 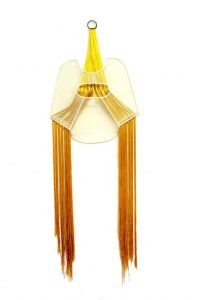 In a recent hour-long interview with Ed Roberson, host of the Mountain and Prairie Podcast, I talked about the long and winding road of my creative path thus far, and employed a number of metaphors to try to explain a personal process that wasn’t predetermined so much as discovered along the way. I call it “leaning on the door”, meaning, in short, a posture, a frame of mind, an attitude that bespeaks an intention toward forward momentum in at least the general direction one hopes to go. Then, oftentimes for reasons you could never have predicted, a door opens and you find yourself tumbling through.

For instance, nearly everyone I know has at least one story somewhat like this: An unexpected opportunity opens up for them because someone else, at the last minute, was unable to (fill in the box). It’s happened to me many times. But I realize that had I not been “leaning on the door” – had I been, say, literally lying on the couch, playing video games all day long, wondering why nothing good every happened to me, I doubt very much whether anything would have. I’d be projecting stasis to others and to myself. Even if a door opens at such a time, more than likely, others in a better position to take advantage of the opportunity will do so long before I pause my game, set the controller down, brush the Cheetos dust off my shirt…

When I think of door leaner types who exemplifies the philosophy much better than I do, a number of people come to mind. Early in 2013, and just days into starting my blog, I wrote a post highlighting one of them, Angela Eastman, a Colorado College studio art alum pursuing a career in art. Five years later, in 2017, I asked Angela if she’d be so kind as to write something regarding the path she continues to pursue in the arts and the doors she continues to lean on, and she kindly, and articulately, obliged.

Angela Eastman is an MFA Candidate in Sculpture at Cranbrook Academy of Art, expected graduation 2018. Angela attended Colorado College for her BA and then received training in traditional craft techniques through the Core Fellowship program at Penland School of Crafts in North Carolina (2013-2015). She has been awarded residencies at Mississippi State University (2016), Vermont Studio Center (2013, 2016), Sitka Center for Art and Ecology (2015), Woodstock Byrdcliffe Guild (2015), and the Ragdale Foundation (2012). Her work has been exhibited nationally and is in the collections of Colorado College and Duke University.