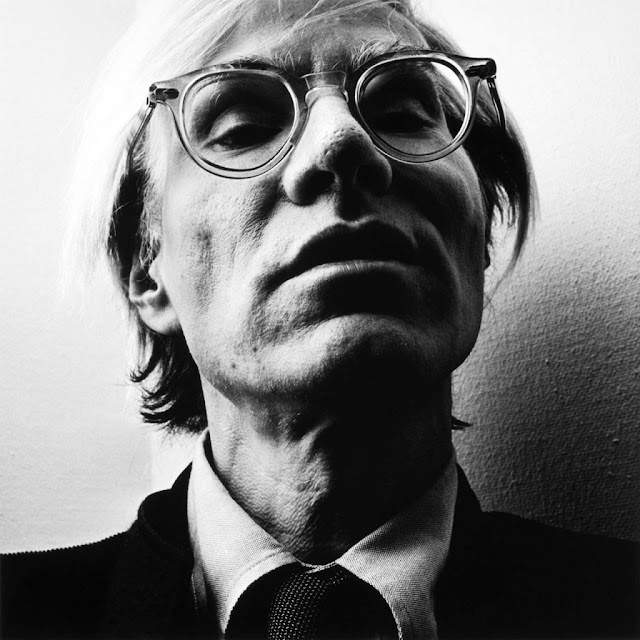 Andy Warhol was once quoted as saying,

“Don’t think about making art, just get it done. Let everyone else decide if it’s good or bad, whether they love it or hate it. While they are deciding, make even more art.”

Sure would be nice to know the context of his statement. It matters, context. As a stand alone proclamation, I’ve decided that I can’t endorse it. Not entirely, anyway.

I’ve written about how, when I’m feeling inadequate, one of my go-to responses is to ham it up. It’s an odd quirk on the order of one of my mom’s – when she’s watching a movie involving car crashes, whether or not the movie is a comedy, she laughs to the point, at times, of crying. She wouldn’t make a good paramedic.

Having just entered the fifth decade of my life, I’ve a modicum of self-awareness regarding my penchant to prodigiously proffer playfulness; better able, as it were, to step out of my body and analyze myself in the moment, and thus keep a tighter lid on the humor. Times I feel I need extra help, I’ll stand or sit next to my wife, or at least imagine I am.

Artistically, however, my knee-jerk response to feeling inadequate is basically to follow Andy Warhol’s dictum, if you want to call it that.

For me, anyway, the times I gravitate toward the “more is more” side of the pendulum typically coincide with feeling deficient in comparison with my primary critical audience. The underlying hope is that if I’ll inundate my keen eyed critics with enough work, they’ll be forced to conclude that, simply by its sheer tonnage, I must be a serious artist, worthy of (fill in the blank).

Back in 2013, when I had my first solo show, at the Colorado College’s Coburn Gallery, I was pretty sure Bridget Heidmous, the show’s curator, was wrong when she suggested I only exhibit four pieces. (Of course, that was balanced somewhat by the relief that I didn’t need to hurriedly complete another piece or three in the last few weeks prior to the exhibition.)

However, that primarily physical easement was increasingly overshadowed by the mounting mental stress I felt from putting my work, and clearly not enough of it, out there in full view of the eyes of my colleagues. To date, it’s been the most psychologically stressful show I’ve experienced.

Now, in time, just like I’ve gotten a better handle on my zany side, I’ve learned to trust my shows’ curators in regards to matters like paring the work down to an amount appropriate for the space.

But it is still my default position, to one degree or another, and I am pretty sure I’m not alone in that regard. Show of hands from any of you who have had to deal with something similar. How about any of you for whom a lightbulb is only now beginning to flicker on?

But wait, I hear myself counter.

What about the apocryphal story of the artist who was asked by the emperor to create the perfect drawing of a cat? He was given five years to do so. Five years later, the artist was summoned to stand before the emperor, and to present the commissioned drawing. He came, but alas, empty-handed. The emperor was furious. “Where is my drawing?” he demanded. “Come and see,” the artist calmly replied. He led the emperor to his studio, which was filled to the brim with stacks and stacks of paper. Tens upon tens of thousands of gesture drawings of cats. While the emperor stared in amazement, the artist set a blank piece of paper before him. He took a brush in his hand. He dipped the tip in some ink. He faced the paper, raised his arm, held the brush handle near its end, and closed his eyes. In a fluid gesture no more than five seconds long, he created what everyone who has ever beheld it thereafter has agreed to be the most perfect likeness of the essence of cat that they had ever seen. 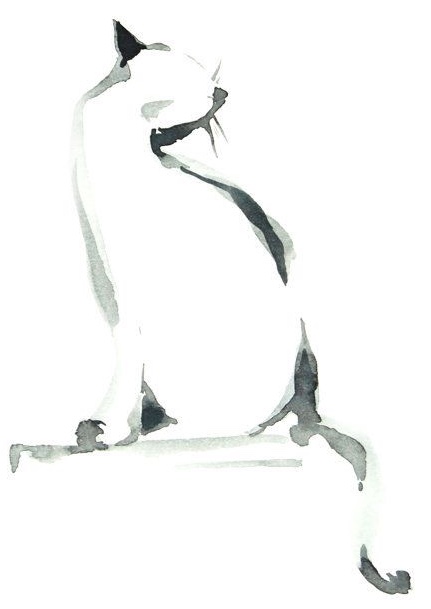 I was told that legend perhaps thirty years ago, so obviously, I must like it.

I really like it. I particularly like the part about the “thousands upon thousands” of gesture drawings. Why? Because that implies effort, and effort, as I’ve said umpteen times on this blog, is the currency.

It’s the gasoline that gets the motor running. The lubricant that keeps it running smoothly.

It’s the methodically built foundation on which the house, or, closer to home for me these days, the new and improved art studio, can be erected, when all you want is to see some walls go up.

If, say, in the past year, all you’ve created is one five minute gesture sketch of your foot while you watch Britain’s Got Talent on the sofa, I’ll stand by the categorical statement that in your case, “less is less” – that your lack of effort in the art arena absolutely deserves every ounce of rejection that the contestant who evidently didn’t practice their routine, at least in front of anyone with an ounce of impartiality and taste, would get in front of Simon Cowell, the audience, and a sizable percentage of the world. Just search for “Britain’s Got Talent fails” on YouTube. Yikes.

As I’ve told my kids a thousand times, if I’ve told them once, you’ve got to

In other words, not discounting your God-given, inherent talent, you have a major role to play in honing and exercising and working those abilities until they are as “stage-worthy” as they can be.

However, I need to qualify the above by saying, and this is really the main point of my post today, that

Witness the mountain of diapers our five kids cumulatively produced. Voluminous, yes. Fragrant? Mmm… that would be a no.

So, to wrap things up, lest the sheer volume of my words prove my point,

Please, edit your work. Neither destroy it all in a momentarily mad fit of emotion nor allow it all, en masse, to cross the threshold of your studio door. Because, while the saying may be overused and abused, it’s nearly always the case that

Ok, so here are today’s takeaways. Feel free to cut these out and hang them on your fridge.

Pay now or pay later. Do do your due diligence, whatever your sphere of work. Do what you say you’ll do, when you said you’d do it. Put in the time. Put in the effort. Underpromise and overdeliver. But remember,

Sheer volume and effort alone aren’t necessarily marks of excellence. Do you find yourself setting the paintbrush down every ten minutes to post an update on social media? Does your portfolio website contain every single thing you’ve ever created? Have you tried for years to get into Yale Graduate School for Art and your work looks like Josef Albers’? Yeah, I know he used to teach there, but that was back when the dinosaurs roamed the Earth. The school’s methodology has moved on. Good luck trying to circle that square.

And that, more or less, is all I really wanted to impart, both to you and to me.

So yeah, while I agree with the implicit message behind Andy Warhol’s quote, namely, that if you can’t silence your critics, you might try to drown them out, I would like to offer the qualification that, along with plowing ahead with determination (unless, say, it’s on stage and Simon Cowell and the others have just given you four buzzers – in that case, good luck with getting your full fifteen minutes of fame), and along with your hand-eye coordination, you really ought to connect your eye with your brain.

To self-edit. To develop, hone, and refine your taste.

I leave off today with Ira Glass’ sage advice. Like this post, it’s primarily aimed at those just beginning to hone their creative “craft”, but it’s wise to maintain the attitude he advises no matter how long one’s been at the game.

Give it a listen here.