A Crappy Post, Yeah, but Man, This Is Fun 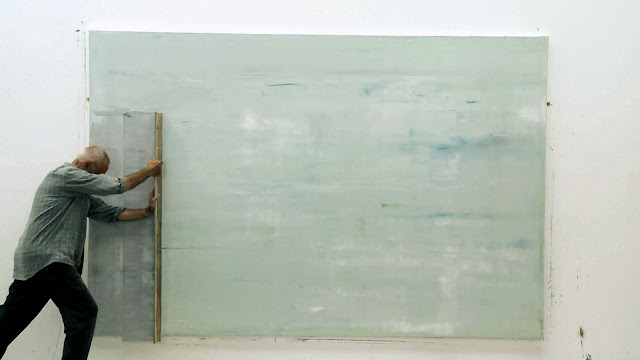 Still from the wonderful film “Gerhard Richter Painting”, by Corinna Belz
A few months ago, Beezie, my neighbor whose back yard abuts the location in my back yard where my new studio is going, called to me from the other side of the fence. She said, “Andy, I have a request.”

I thought, “Uh oh. Here we go.” No doubt she’d be asking me if I would put the studio on the other side of the yard or make it smaller or something.

Instead, she said, “Would you be sure to put a bathroom in the studio? If you ever have students, like I do,” (she’s a musician, and has, for years, had a private guitar tutoring practice out of her home), “you won’t want them to have to walk through your yard and use your home’s bathroom.”

Huh. She was just looking out for me. Whaddaya know?

I’d initially considered a bathroom for the studio, but it had gone by the wayside as we’d taken a look at just what our limited funds for the three consecutive projects would allow.

But Beezie’s comment, seemingly out of nowhere, got me rethinking. Thankfully, we hadn’t already put in the new water and sewer lines we would need for one of the other builds on the same property, just feet from the studio. There was still time to add both to my studio…

I thanked her, and, after we’d finished talking, thought about it some more. It would be nice to have a toilet. Heck, that’d be nearly as useful as a ping pong table, the real reason I’m building a new studio.

So, still unsure of how our finances would pay for it, I asked John Hockman of Prospect Builders to add a small lavatory.

But what I’m really looking forward to – seriously, it’s just about as exciting as anything else the new and improved studio will afford me – is a slop sink. The ability to have water appear (and disappear) from within my studio.

Gone, Beezie and my other near neighbors, will be the sight of a guy hefting two 5 gallon buckets of steaming water and trudging fifty or sixty yards through the snow to his studio.

Gone will be my reaching my hands into cold water to wring the glue out of a rag, after the water’s warmth has escaped.

Yesterday, John Hockman worked on the lavatory and sink layout. I’ll copy and paste what he sent and our conversation, all via text. 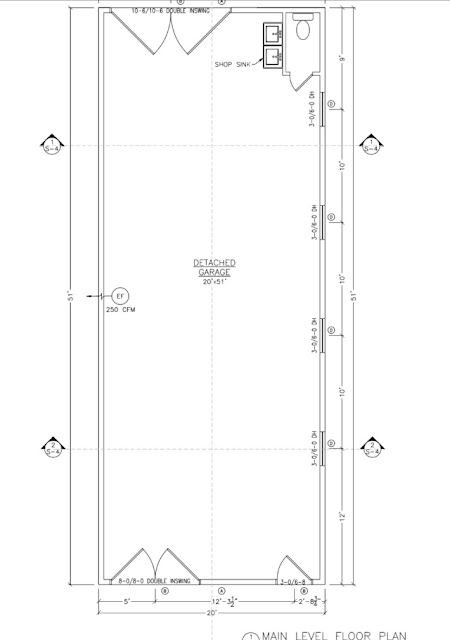 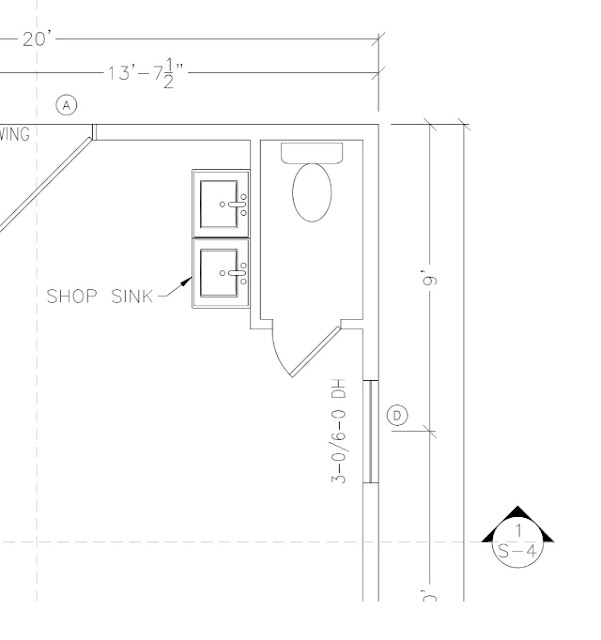 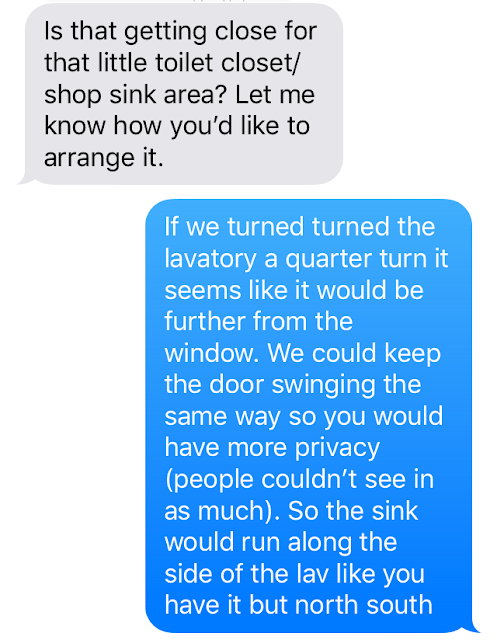 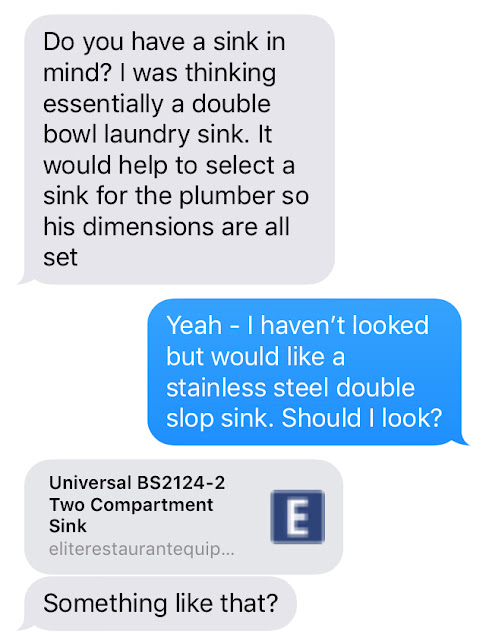 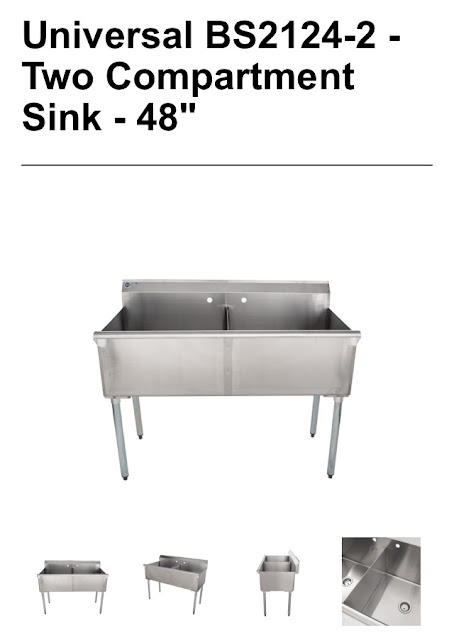 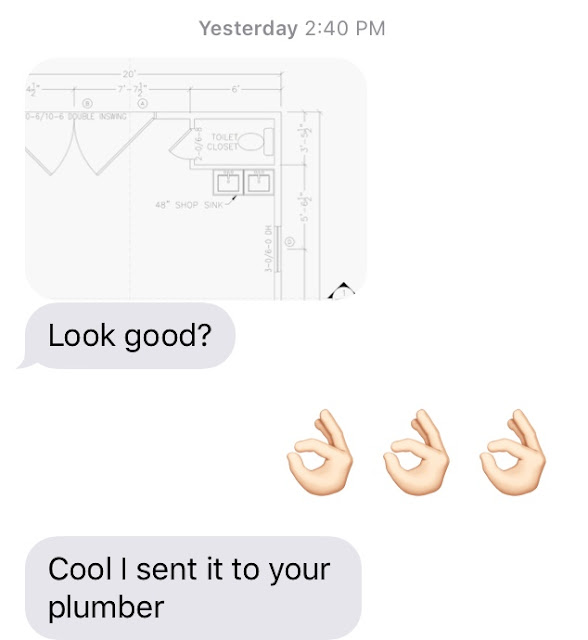 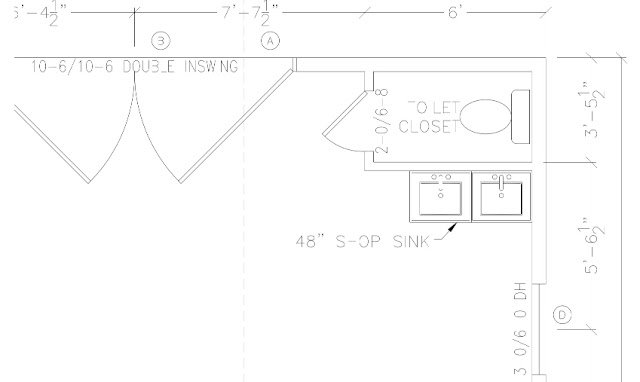 My neighbors wouldn’t necessarily know it, looking at my face as I’m shoveling dirt or driving the rented skid steer today, but I’m excited. Excited to finally begin to see the studio manifest.

Yesterday, Geoffrey Keating also texted. I was out by the stem wall, prepping for back filling the dirt, after a city inspector had passed the stem wall. Good to proceed. 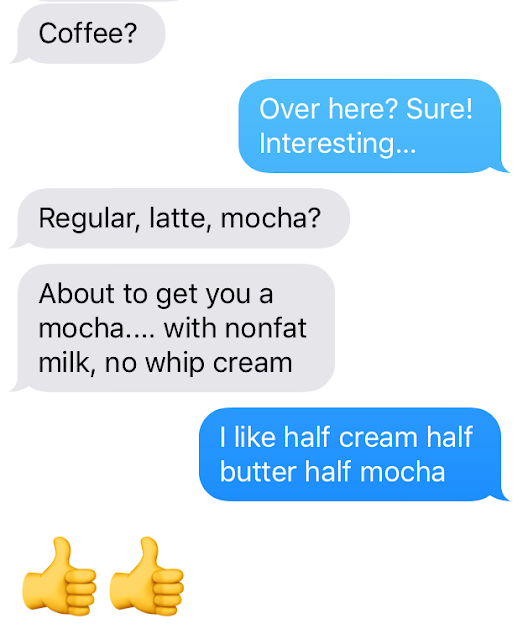 The “Interesting…” comment referred to something else we’d just been talking about, build related. He lives nearby, and is also erecting an outbuilding for his business. Suffice to say, what one city inspector says doesn’t always line up with what another says. #mysterysoftheregionalbuildingdepartment

Anyhow, shortly thereafter, Geoffrey showed up and we talked about our projects for a while, standing in the crisp, fall air under a cloudless Colorado sky.

Again, had Beezie seen us, or heard our conversation, she probably wouldn’t have noted the undercurrent of mutual excitement we’re both feeling, watching our projects manifest. Geoffrey’s online social media m.o. is much more reserved than mine, but I know he’s also in the flow, creatively. It’s a good place to be.

Brings to mind, as I close today, a documentary about the German painter Gerhard Richter (called, appropriately enough, Gerhard Richter Painting), which I really like. (Editor’s note: to most people, it’s just about as compelling as watching oil paint dry).

It ends much as it begins, with Richter in studio working the camera for the documentary. The brief closing scene has him doing a panning shot of some off-white paintings in his pristine studio. The subtitles have him saying, “A panning shot for madam,” (presumably he’s referring to Corinna Belz, the filmmaker).

If the viewer isn’t an artist, they might think he means it’s fun to be making a documentary of his work. And yeah, I’m sure he was also enjoying that, though in the documentary, he also talks about how hard it is to paint with someone watching.
I can tell you, though, that it’s quite plain to me he’s talking about something else.
He was talking holistically about his creative life.
One that, for me, even encompasses the layout of a studio toilet.